Five billion people around the world use the internet everyday, and 67% of them do so on a laptop.

The sales of internet devices are on the rise overall—but are laptops, specifically, still going uphill?

After all, it’s a fact that most people would rather use their smartphones for a quick google search instead of going through the effort of opening their laptops.

Now, should we be concerned even if the trend is going downhill?

Not really. The laptop market share is pretty evenly spread among big companies, so we at Web Tribunal dare say the production of laptops isn’t at risk—but we’re getting ahead of ourselves.

Read on to find out who produces the most laptops and what are the latest trends in the industry.

The laptop market isn’t too diversified. If you go to a tech store, you’ll likely see the same brands over and over again across the shelves.

Some of them are big producers, others simply demonstrate exceptional quality, which has earned them a well-deserved spot on the shelves.

Whatever the reason may be, the truth is that there are just a few companies that dominate the market—and we’ll tell you all about them in this section.

Since 2018, though, Lenovo’s market share tops any other brand.

Laptop-specific data isn’t out yet for this year, but we know that Lenovo held a 24.7% share of the PC market in 2021.

Lenovo might be a top competitor in the overall PC industry, but it’s certainly not alone up there. HP’s focus on laptops and notebooks make it one of Lenovo’s strongest rivals.

As for HP's laptop market share, we know that the company sold 40 million units in 2017, which accounted for 24% of the market. If the trend for HP laptops is the same as for notebooks and desktop computers, then we can assume that number has been climbing steadily.

The last time Apple officially shared data regarding its laptop shipments was 2018, which means we have only projections to go off of to determine Apple’s laptop market share in 2022.

Back in 2017, Steve Jobs’ brainchild accounted for 9.6% of the market, which is a little less than half of Lenovo’s share that same year. A year later, that number had dropped to just 6.9%.

Now, Apple’s growth in this niche might have been slow in pre-pandemic years, but things seem to be looking up. In 2021, Mac shipments amounted to 28.9 million units, showing a 28.3% YoY increase from 2020.

Furthermore, projections suggest that Apple’s laptop market share is unlikely to stop growing in 2022. By the end of 2021, Apple took an 8.5% share of the personal computer market, shipping a total 341 million units (Macs, MacBooks, and workstations combined).

The company stated that the pandemic boosted laptops and notebook sales, helping Apple record a CAGR of 13% for two years in a row.

There are three main competitors in the global industry. We’ve already talked about two of them (plus Apple), so it’s time we introduced the honorable third—Dell.

The laptop segment doesn’t fall behind either. As far as laptops go, Dell’s market share amounted to 16.2% in 2018. While this figure is somewhat lower compared to the other two main agents, Dell’s 41.9 million shipments are no small feat.

Which Is the Best Laptop Manufacturer in 2022?

It’s difficult to pick one outright—and there’s no right answer—but, in this section, we’ll bring you the public’s opinion, brand sizes, and some more data so you can make up your mind.

The number is massive, and it keeps on getting bigger.

Statistics suggest that sales for 2021 should be around 276.8 million, but that number is yet to be confirmed. Furthermore, projections indicate a small decline for the PC industry in 2022, but sales should be back to 270 million laptops or so by 2025.

7. Lenovo is the biggest laptop manufacturer.

In 2021, Lenovo was the brand with the most shipments. In the last three months of the year, the company shipped 21.7 million PCs, which represent 25% of Lenovo’s shipments for the year. All in all, Lenovo saw a 13% YoY increase by the end of 2021.

Interesting fact: Lenovo was originally called “Legend Holdings,” but it changed its name before acquiring the PC division of IBM in 2005. Together, Lenovo and the IBM division employ 57,000 people, operate in 60 different countries, and ship computers to 160 nations.

Although MacBooks may be cheaper in the US than in other places of the world, it turns out that Apple doesn’t produce the most popular laptops in the country.

A survey revealed that the company actually comes in third place, with a quarter of respondents claiming to have a MacBook at home. The first place goes to HP (35%), leaving Dell as the second-most popular laptop producer (27%).

Samsung, on the other hand, is the least popular brand on the list with only 8% of respondents owning one of its laptops.

Well, it depends on what you want it for and how much you’re willing to spend on it. For instance, if you’re looking for something that’s good but also budget-friendly, you can check out the Acer Swift 3, the Lenovo IdeaPad 3 14, or the MSI Modern 14.

The MacBook Air with M1 makes the list on most rankings as the best option for an Apple laptop, but if you’re looking for a slightly more affordable—yet still awesome—option, you can consider the ASUS Zenbook 13 OLED.

ASUS might not be among the largest laptop manufacturers, but it still has great things to offer. With 512 GB storage and a battery that will last you all day.

10. There’s no clear winner between HP and Apple.

It’s no secret that Apple products are on the expensive end of the spectrum. In fact, many people argue that the MacBooks’ pricing is unfair, as the laptops simply aren’t powerful enough to warrant the expense—and that might’ve been true with the past i3 and i5 chips, but the M1 8-core processor might just prove powerful enough to spice things up.

Alas, as of now, Apple keeps falling behind on the HP vs MacBook race.

Fun fact: The first Apple computer’s price was $666.66. Does that not seem like much? Well, keep in mind that we’re talking 1976-dollars, so it was quite expensive back then.

People nowadays need mobility. The old-fashioned desktop computer that ties you to a chair for a seemingly infinite number of hours might not be the best option if you’re seeking flexibility.

If you have work to do but want to hop on a plane tomorrow, you obviously won’t bring your desktop computer with you.

But make no mistake—it’s not like desktops haven’t evolved. Some of the new ones weigh less than two pounds!

Now, let’s see how PC preferences have changed over time.

Before we get to present-day data, it’s worth checking how things were a few years back. The discrepancy between laptops and desktops sales is pretty big today, but it wasn’t as significant in 2010.

A third option—tablets—accounted for the remaining 5% of the PC market.

In other words, forecasts suggest the desktop vs laptop market share battle will have stabilized at 14.4% vs 56.3% by 2025.

Fast forward a few years and, if projections are accurate, those numbers will have come down to 272.4 million laptops and 69.6 million desktops.

Fun fact: Nearly 90% of PC owners install an antivirus on their desktop, but only 80% do so on their laptop, even though both types of devices are equally at risk. Granted, most new models have a free antivirus pre-installed, but there are other solutions out there that can offer you affordable, high-quality protection.

As you can imagine, American laptop brands are big players in this niche of the market. HP, Dell, and Apple shipped a combined 33 million notebooks just in Q3 2021. In other words, these three companies accounted for nearly half of the global notebook market in that quarter.

But there’s a bigger player in the game: Lenovo. The Chinese giant shipped 15.3 million units, taking 23% of the market.

Asus, on the other hand, is the last of the top five competitors, boasting an 8% share and a 10% year-over-year growth.

With two of the biggest laptop manufacturers based in the United States, the laptop market in one of the most technologically advanced countries in the world should be pretty big, wouldn’t you say?

See for yourself how big exactly.

Furthermore, forecasts show high expectations for the year ahead, too—laptop sales in 2022 should bring in $96.2 billion in revenue, demonstrating a 4.8% growth from the previous year.

Fun fact: 92% of people in the US have at least one laptop, tablet, smartphone, or desktop computer. Only 53% of them have all of those plus broadband connection, though.

15. The US is the biggest importer of laptops in the world.

138 million laptops went to the US in 2021, making the country the world’s largest importer. The laptop market share of the US (in terms of global imports) is the largest of all countries: 27% of global supplies, which are worth $59.8 billion.

Poland is the second major importer with 97 million imported laptop units. Together with the US, they comprise approximately 41% of the total global purchases.

Fun fact: China is the biggest exporter in the global industry, accounting for 77% of the total laptop exports volume in 2021. In monetary terms, that’s $154.9 billion worth of exports.

16. Three of the major competitors are American brands.

You must already be used to the “Made in China” label. Well, while many manufacturers in the industry are Chinese (like Lenovo), there are major producers who are not. Dell, HP, and Apple are American laptop brands, whereas Samsung is South Korean.

How can the US be the biggest importer in the world if three of the biggest brands are local?

Well, the thing is that most laptop components are manufactured in Asia—in China, especially, but also in Taiwan, Malaysia, Thailand, and other countries—and most of the time it’s cheaper to assemble things out of the country, too. Hence why different laptop brands may design the product in the US but produce it elsewhere and, ultimately, import it.

Fun fact: Making PCs in the United States is so rare that it actually makes the news. In 2012, Apple announced it would rely on local workers to assemble the Mac Pro. Alas, in 2019, the company shifted the production back to China.

The top three brands in the world (Dell, HP, and Lenovo) comprise 71% of the whole laptop market in India. Combined, the top five take nearly 90% of the total.

Specifically, HP is the number one laptop company in India, boasting 28% of the market. An honorable second goes to Lenovo (22%), leaving Dell with a 21% share. Acer and ASUS follow behind, taking 10% and 8%, respectively.

Have you noticed Apple’s absence from the top five list?

Yep—that’s arguably the main difference between the Indian and US markets.

So, what should we take away?

In short, that even when mobile devices’ rising popularity might suggest otherwise, laptops and desktops are not going out of fashion anytime soon. That said, the former definitely have a more secure place in the market than the latter, though.

PC manufacturers are constantly coming up with innovations for their laptops, improving their design, performance, and overall quality.

And how will their efforts impact each brand’s laptop market share?

We’ll just have to wait and see.

Latest from Author
20 Google Update Statistics: Why Algorithm Changes Are Vital for SEO?
11+ Amusement Park Accident Statistics That Will Throw You for a Loop
15 Key WiX Statistics to Help You Form an Opinion About the Most Popular Website Builder in the World
19 Essential Weibo Statistics: What Is It and Why You Should Know About It 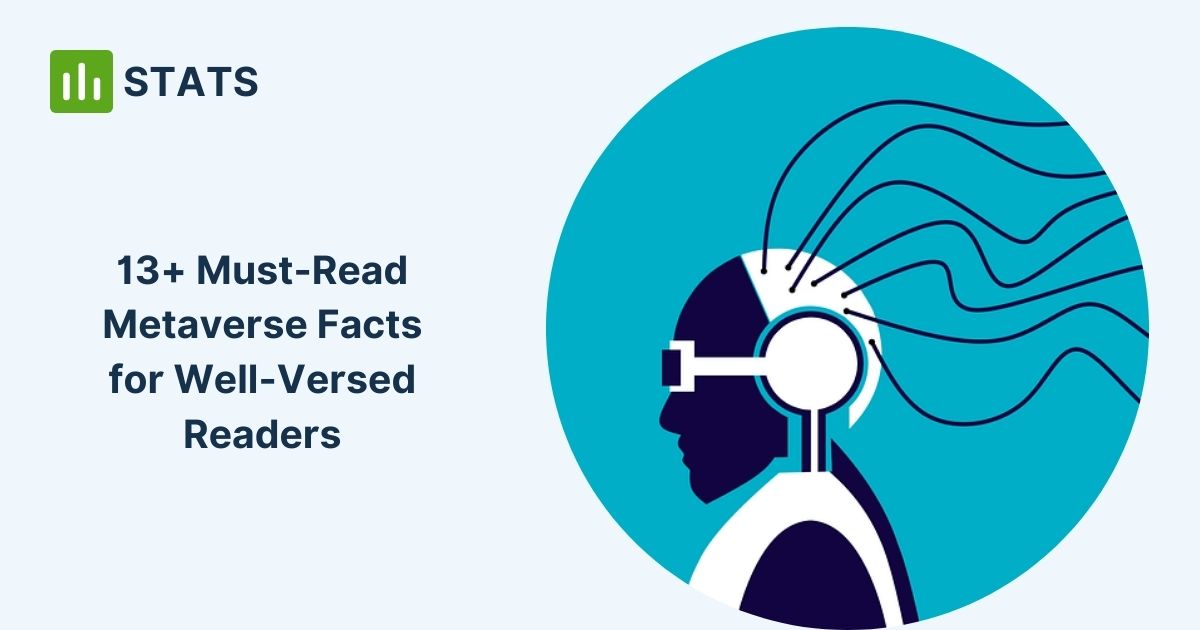 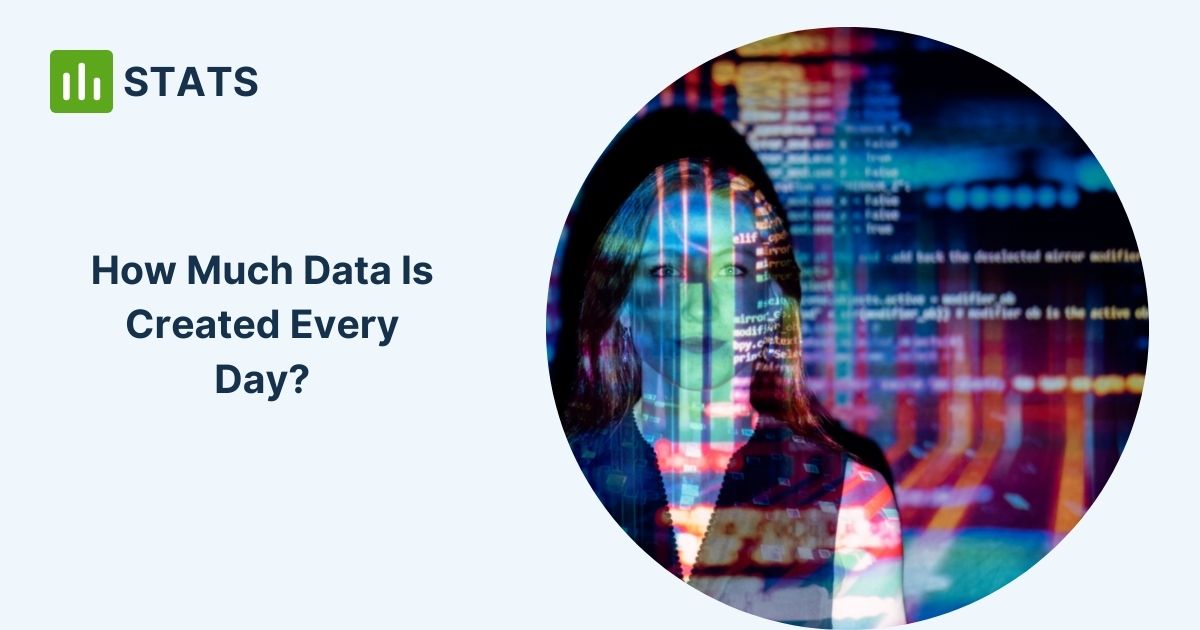 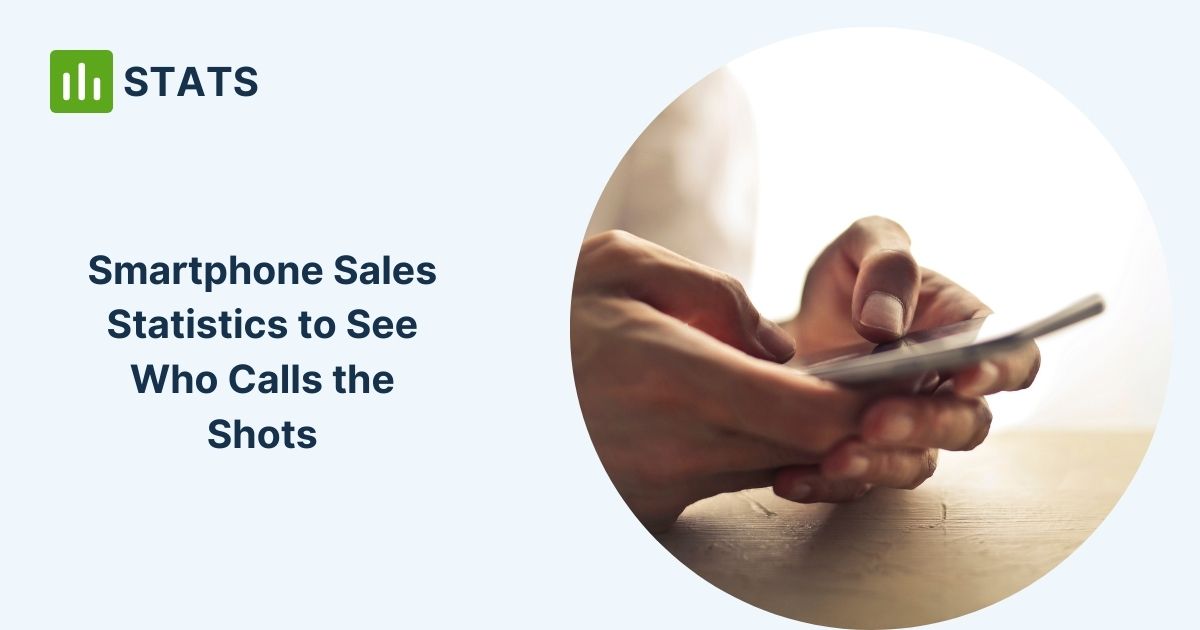 Tech Facts
May
24
Key Semiconductor Industry Statistics: All You Need to Know in 2022