Until recently, Huawei was yet another tech giant developing and selling smart devices.

In light of current geopolitical changes, however, the company saw itself in the middle of a game much larger than itself and used this as an opportunity for a restructure.

What does this mean? How did the various sanctions and trade bans influence the corporation’s status?

See our collection of the latest Huawei statistics to learn all you need to know about the Chinese company.

Let’s start with some:

What Is Huawei? Key Details

It’s only one of the biggest technology corporations in the world. Its founder, Ren Zhengfei, is a Chinese entrepreneur who powered most of the country’s economic reforms. Today, Huawei is a leader in smartphone and telecommunications innovations:

1. In 2020, Huawei became the biggest phone manufacturer in the world.

However, as the US sanctions against Huawei started to take effect, later teaming up with COVID-19 raging on, the tech giant quickly dropped to the sixth producer in the world by Q4 2020.

2. Huawei remains the top global telecommunications manufacturer, with a 28.7% share.

The company doesn’t just produce smartphones. It’s also a big player in the internet telecommunications networks. For instance, in 2021, the bigger proportion of Huawei's revenue came from non-consumer electronics, such as enterprise and carrier networks.

So those of you who think the Chinese giant is dead, think again. Continue reading our article with important facts, and you’ll see that it’s actually the exact opposite.

But first, let’s learn how to pronounce Huawei—the silent “H” pronunciation has spread like wildfire and couldn’t be more wrong. It actually starts with the same sound as, say, “happiness” and is followed by “waa-way.”

3. It’s the most prominent 5G base station manufacturer in China (60% share).

Huawei may be the top player in the Chinese market, but it’s not the only one. ZTE is second, with a significant share (31%). They are followed by Nokia (4%), Datang (3%), and Ericksson (2%), which are also present but to a much lesser extent.

Keep reading to learn about the company’s latest 5G project and the scrutiny it’s facing for its political overtones.

Huawei: A National or A Multinational Corporation?

Although headquartered in the city of Shenzhen, Huawei is a multinational corporation with operations in all parts of the globe.

Check out the impressive numbers it has recorded.

Needless to say, a major part of its revenue came from the US—one of the world’s most lucrative markets with millions of people with money to spend.

However, a more nuanced overview is necessary. In most of Europe, Huawei is in a similar situation to the one in America—Sweden has banned Huawei’s 5G equipment, and Belgium, the UK, and Germany have opted for other providers.

Conversely, Spain is taking a bit more neutral position, while Serbia is on the other side, having a solid relationship with the company, which in turn provides not only 5G but surveillance technology too.

As we can see, Huawei’s position in China is just a part of the whole story. Indeed, its desires can be perceived as striving for worldwide dominance.

If Huawei succeeded in spreading its operations to America and the EU, even its leverage in China would undoubtedly increase.

However, with Trump’s negative attitude toward China and the subsequent blacklisting of the company by the US and its allies, we are seeing Huawei acting more as an agent of global polarization instead.

That’s a Huawei fact worth knowing—just how much money does the company make?

Recent Huawei valuations put the company ninth on the “Most valuable brands in the world” list. It’s still behind Amazon, Google, Microsoft, etc., but has no problem going into the top 10. After all, Huawei is one of the biggest corporations in the world, employing almost 200,000 people.

That’s essentially a 28.5% decrease compared to the year before.

The combination of US sanctions on key chip technology and the COVID-19 pandemic probably brought this decrease about.

The company was still able to sell 182.4 million smartphones in 2020, though.

Its tablet sales have been rising steadily from 2014 to the end of 2019 when COVID-19 struck and brought them significantly down in Q1 2020. They quickly went up, only to plunge once again, probably due to the enforcement of the sanctions initiated back in 2019.

Huawei Users: Who Stuck by the Chinese Company?

Huawei’s power and influence rely, of course, on loyal customers purchasing the company’s products—ones that are affordable, well-performing, and reliable (to a certain extent). Let’s learn more about them:

According to the analytic firm Jiguang’s most recent stats about Huawei, the company’s users are predominately male. It’s interesting to learn the reason behind this imbalance—perhaps it’s inappropriate sampling or, indeed, a significant gender difference in China. Have you any suggestions?

Let’s see what’s the inside info about Huawei’s users by age. Apparently, a significant number of its supporters in China are young people.

Huawei’s strategy is to appeal heavily to working-class users seeking a good quality-price ratio. This also explains why the company’s not that popular among the even younger demographic—they are more likely to follow trends and demand iPhones from their parents.

12. There are more than three million Huawei Cloud enterprise users.

Huawei Apps: A Plethora of Choice

Somewhat similar to Google Store, Huawei has an AppGallery where developers can publish and sell their original applications. Let’s see what sets it apart:

Huawei’s own version of the app store practically became the only way to download apps if you’re using the new devices. On older phones, however, there’s still an option to use Google Store.

Actually, the service has existed for a long time—it was used by Chinese customers for about seven years and was even introduced to foreign markets a couple of years ago. However, with the US sanctions in place, Huawei’s version of Google Store became much, much more important.

14. AliExpress app has been downloaded more than 480 million times on Huawei AppGallery.

This makes it one of the most downloaded apps on the service. Pretty understandable, considering both AliExpress and Huawei are Chinese, and so is a significant proportion of their users.

15. Huawei’s app store provides services to over 600 million users around the world.

As we’ve seen from earlier Huawei facts, most of its user base comes from China. Though, this doesn’t stop such numbers from being a testament to the sheer size of the Chinese giant’s operations.

Huawei 5G: A Welcomed Innovation or Not?

This is certainly among the most controversial aspects of Huawei’s business. As such, it requires a closer look:

Relax, we’ll get to the 5G facts. We’re just mentioning this as proof of the extent of Huawei’s network and its potential future efforts.

17. South Africa and Kenya are among the first African countries to introduce Huawei 5G.

There’s another perspective, though—the Chinese company was ready to offer competitive prices and help African nations that didn’t really have the funds to afford modern internet coverage. All of this wouldn’t have happened in the first place had Western providers entered the African market.

Africa still has the worst internet coverage in the world—only 22% of the continent has access to the Web. Thus, it’s not that surprising that African countries would turn to providers who were ready to offer competitive prices and lucrative deals.

What’s more, during the Western domination, there were a lot of chances to help Africa develop its infrastructure. As this didn’t happen, other providers jumped in to fill the void.

You probably get the idea by now. Western countries, ahead with the US, the UK, Canada, Germany, and France, oppose Huawei’s spread across the world. Asia, Africa, and Latin America wholeheartedly accept it.

The questions we can ask are too many…

For instance, whether the security concerns about the Chinese company haven’t been exaggerated by the Western powers to curb China’s global influence?

Is there any big tech company that isn’t influenced by powerful external entities?

Why didn’t the West, with the US ahead, ban Facebook amid the Cambridge Analytica scandal (when personal data of 87 million users was purposefully leaked to external parties) or Google because of their purposeful data leaks?

The Chinese company perfected its own operating system, called HarmonyOS. Let’s see what it’s all about:

Once again, Huawei had to respond to the sanctions imposed by the US. Though, building its own operating system wasn’t entirely haphazard—the company started this endeavor in 2016.

What’s more, if you’re wondering whether Huawei phones still use Android, keep in mind that the two operating systems are nearly identical.

Huawei Competitors: Who Rules the Market?

If there’s one thing that’s certain in the smartphone business, it’s competition. Everyone wants a piece of that cake. Let’s see how Huawei shares it with its competitors:

This makes the Huawei vs. Apple competition pretty one-sided.

Moreover, it boasts a powerful research department that receives a significant proportion of the company’s budget. To put this into perspective, Huawei is set to invest around $100 billion in R&D and innovation in the next five years.

The Huawei vs. Xiaomi battle is a bit more complicated—the two companies are rivals (especially in the ultra-competitive Chinese market) but are also integrated into a more comprehensive, country-level strategy.

You get the picture—in recent years, Huawei has risen to the top and has subsequently fallen from grace. Samsung is still more prominent, at least regarding the sheer output of smartphones, and it’s likely to stand this way if Huawei remains under sanctions.

So the Samsung vs. Huawei revenue battle isn’t really a competition since Samsung made $78.2 billion in 2021 solely by selling high-quality semiconductors. What’s more, various sources report that this accounts only for a third of its total revenue.

Huawei’s Trade Ban: What Does It Entail?

We’ve mentioned the imposed sanctions quite a lot in this article.

Let’s see precisely what type of issues Huawei has to deal with:

23. Sanctions cause a $30 billion annual loss for Huawei.

The Chinese company used to purchase semiconductors from Western partners.

Semiconductors are highly complex to produce, and countries such as Taiwan, South Korea, and the US dominate the industry.

China still lags behind in this respect, but knowing that Huawei invests heavily in R&D, we wouldn’t be surprised to see the Chinese improving at manufacturing high-quality/high-performance semiconductors.

Major Huawei statistics and numbers are not the only way to send a message. There are many others too. Canada chose to do so by sanctioning Huawei’s CFO, Meng Wanzhou, who was placed under house arrest for three years before being able to return to China.

Meng Wanzhou is Ren Zhengfel’s (Huawei’s founder) daughter. She was accused of fraud linked to the company’s attempts to circumvent the US sanctions against Iran.

Incidents like these may seem insignificant because they involve individuals, not whole companies, but they are actually important as they affect how top executives think about other parties.

The case ended with Meng being allowed to leave Canada without any fines or another verdict from the Canadian court.

Huawei is the largest private-owned company in China. As such, its influence and reach worldwide are extremely significant. In turn, it’s important to consider these Huawei statistics to better understand the geopolitical situation and the tech market in their current states.

The situation might seem dire at the moment, but the company is diversifying and adapting to life under sanctions. Consequently, all points to Huawei continuing to be one of the most important companies worldwide. 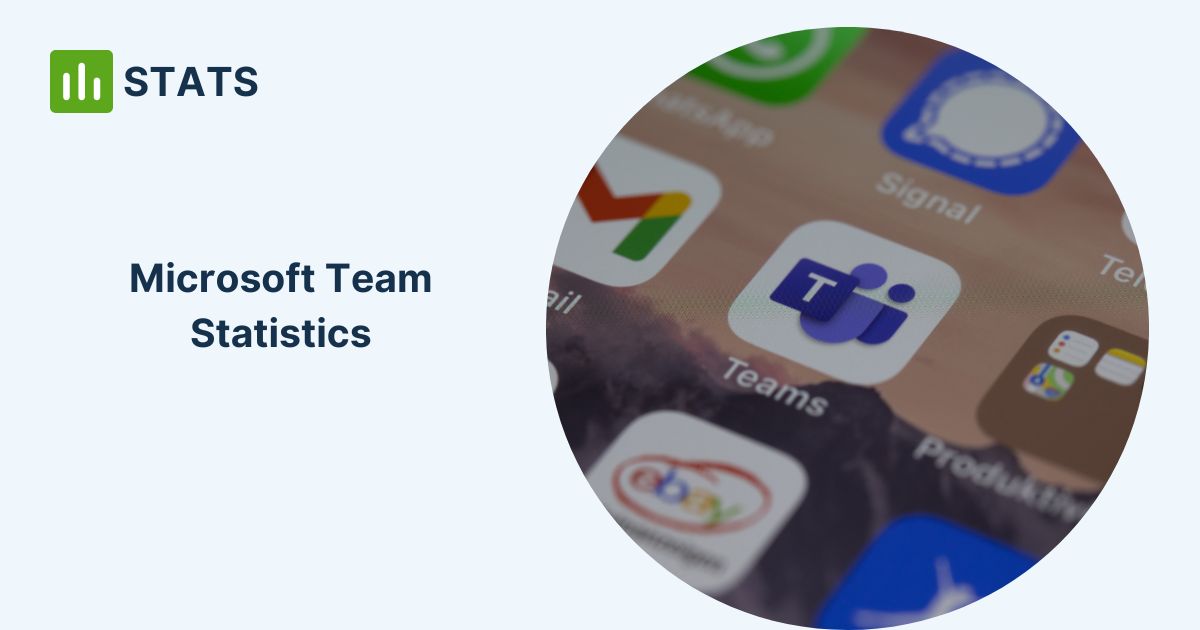 Tech Facts
Jul
08
15 Skype Statistics to Give You Nostalgia 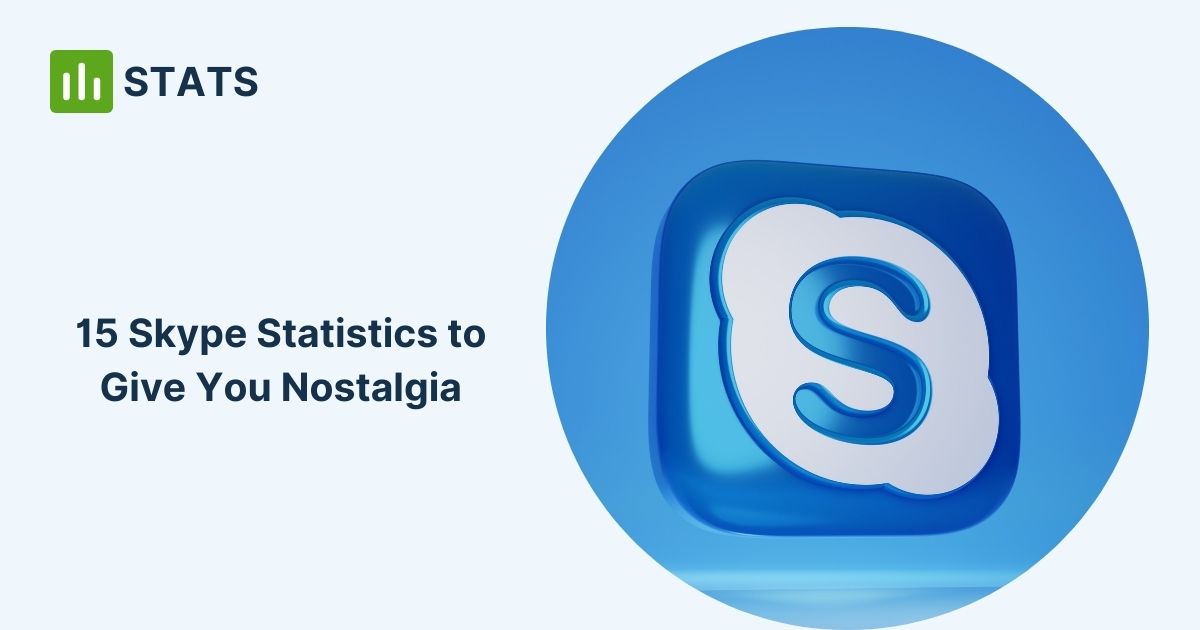