Fairytales never seem to grow old, but we certainly do.

As we ease into the slightly uncomfortable shoes of adulthood, we tend to forget about the trustworthy friends and lion-hearted heroes that saved us from our nightmares and swished us on their other-worldly quests.

But has Harry Potter, the story of “the boy who lived,” aged as much as we have?

We are more than happy to supply the answer.

Below is a collection of some Harry Potter facts meant to muggl- er, muddle your mind.

Going back to Hogwarts does feel like home, even “after all this time.” But how well do you really know your favorite book and movie series?

Here’s everything that you should know if you want to be a true Potterhead—or if you’re just reading up for a Harry Potter pop quiz.

1. The House names were created in a flash—and not the way you might imagine.

Writers are prone to scribbling on virtually anything they can lay their hands on. Toilet paper, payment receipts, their hands. There is no end to their creativity—both off and on paper.

One of the less-known Harry Potter fun facts is that Rowling recorded all four Hogwarts House names on an airplane barf bag. And we don’t blame her. Anyone would be hard-pressed to remember words like “Hufflepuff.”

Luckily for future fans, she didn’t have to resort to the bag for its true purpose.

2. Character names have a hidden depth to them.

This one ranks among the most interesting facts about Harry Potter.

Harry was named after his great-grandfather, but there’s more to the round-glassed wizard’s forename. Harry is linked to “Henry,” an overworked Christian name of many an English king.

Ron’s name can be traced back to the Scandinavian “Rögnvaldr,” which means “the advice of the sovereign.” Together with Harry’s regal naming, this places Ron as the king’s advisor.

Hermione’s name links to Shakespeare’s The Winter’s Tale and further back to Greek mythology. The literal translation is “derived from Hermes”—as in the Loki-like god of thieves and commerce, but also of knowledge and learning.

3. Some names are better left unsaid.

This is probably one of those Harry Potter facts that you didn’t know. And maybe that was for the best.

Originally, the names of several characters were starkly different. Hermione’s family name was Puckle (not exactly awe-inspiring) and Draco Malfoy would have been Draco Spinks (not menacing in the least).

Neville Longbottom was almost Neville Puff (ok, this one is a close match) whereas Lily Moon became Luna Lovegood (as always, artistic alliteration appears to be a good idea).

4. One of the three main characters almost didn’t make it till the end.

Rowling is certainly not as bad as the biggest serial killer of beloved characters—we are looking at you, George R. R. Martin!—but she did come close to wiping out a major character from the series.

One of the more obscure Harry Potter facts is true—Ron was almost obliterated. “Out of sheer spite,” as Rowling confessed, at a time when her spirits were low.

Arthur Weasley also managed to narrowly escape his fate. The Weasley patriarch was supposed to die, but came out (relatively) unscathed by virtue of being one of the only good parental figures in the Potterverse.

That said, someone had to die. So—brace yourself for one of the most heartbreaking Harry Potter facts—Remus Lupin took Arthur’s place, leaving his baby boy an orphan in the wake of the war, much like Harry himself some sixteen years prior.

Poetic injustice, if you ask us.

5. Think you know all about Hogwarts? Think again.

The old-fashioned School of Witchcraft and Wizardry is connected through 142 staircases. And don’t get us started on all of the hidden passageways and chambers!

Plus, did you know that not all common rooms are password-protected?

Well, they are, but they don’t all do it the Gryffindor way. One of our favorite Harry Potter facts is that each time they wanted to get inside their common room, Ravenclaws had to solve a riddle, whereas Hufflepuffs had to tap a certain rhythm on the wall.

Note: If you, like Neville, have a hard time remembering access codes, we suggest you give password managers a try. We dare say they’re more useful than Remembralls.

6. It turns out that night bus was real, too.

Before CGI became cool, directors had to make do with the available resources and a healthy dose of creativity.

The Knight Bus scene in Harry Potter and the Prisoner of Azkaban is one of those random Harry Potter facts that makes us truly love this franchise.

When Harry boards the bus, it starts to whiz past London traffic at unthinkable speed. In reality, the bus was an actual triple-decker gliding at normal (read: slow, muggle-London-appropriate) speed while the traffic around it was simply crawling. The camera did the rest of the magic.

7. Dementors are scarier than you think.

Unlike other books, Harry Potter doesn’t take place in a fictional vacuum. One doesn’t have to know everything about Harry Potter to figure out that Rowling went to great lengths to build a believable magical universe.

And one of the reasons why her world-building works is because no matter how fantastical a creature may be, they evoke something real.

One of the little-known Harry Potter facts is that Rowling created them based on her unfortunate first-hand experience with clinical depressive disorder.

8. The Golden Trio were not always acting.

It’s no wonder that Harry, Ron and Hermione seemed such relatable characters to us kids back then. Whenever the three were displayed engrossed in Hogwarts school work, they were actually studying for real-world schools.

Ready for some Harry Potter fun facts that will definitely bowl you over?

Based on some Potterverse gossip and historical tidbits, a Malfoy predecessor came close to marrying Queen Elizabeth I. Thankfully, not close enough.

More points for Slytherin, though, as King Arthur’s very own wizard, Merlin, belonged to the snake house during his time as a Hogwarts student.

According to Rowling, Dumbledore was gay, Nagini was a person before she was a snake, and McGonagall had left the wizarding world in her youth for a muggle who was killed way before Harry’s life began.

Despite there being only seven Harry Potter books—in the main series, that is—the stats still wow both readers and critics to this day.

Let’s see just how successful the franchise is.

10. The revenues from HP books and movies are almost equal.

The total Harry Potter revenue from the book series alone stands at $7.7 billion. To think that many publishers before Bloomsbury turned down Rowling’s manuscript!

Comparatively, the movies grossed $7.2 billion plus the $2.6 billion that fans have lavished on DVDs and rental fees.

So, all in all, the movies generate more money than the books, but the printed version of Harry’s story will always have a place in our hearts.

After all, it’s not like all book series get translated to 80 different languages.

As we mentioned, the Harry Potter books’ revenue is in the billions, which easily places the franchise at the lofty pinnacle of top-selling book series (of all time!).

In case you were wondering, the best-selling title in the saga is Harry Potter and the Philosopher’s Stone, boasting 120 million copies worldwide, ebooks included.

Although it is unlikely that the series will budge from the top any time soon, other contenders for the first title are (relatively) close behind. R. L. Stine’s Goosebumps series, for instance, has sold 350 million copies.

12. Whose stone is it: the Philosopher’s or the Sorcerer’s?

Interestingly enough, the first book’s title is different in the US and the rest of the world. The original title was adapted as Harry Potter and the Sorcerer’s Stone for the US market, given that “philosopher” seemed too boring, mystical, or unknowable a term.

The Philosopher’s Stone’s first print run was only 500 paperbacks. This means that there are only 500 copies of the original 1997 British version of the first Harry Potter book in the whole wide world.

What can we say? It seems that some children never outgrow magic.

13. There is a Harry Potter mobile game, in case you didn’t know.

If you are insatiable, like most Potterheads, you probably already clicked your way through the entire HP mobile game.

But in case you haven’t already, you should know that Harry Potter: Hogwarts Mystery allows you to customize your characters and pursue relationship arcs alongside main missions.

The game came out in 2018, but it takes you all the way back to before Hogwarts owls besieged 4 Privet Drive with flying acceptance letters.

This is one of those Harry Potter film facts you won’t believe.

We kid you not—in the eyes of Russian lawyers, Dobby bears a striking resemblance to Russian President Vladimir Putin.

It didn’t help when UK PM Boris Johnson underlined the similarities between the two, but cautioned that Putin (unlike poor Dobby) is “a ruthless and manipulative tyrant.”

15. You can get paid for watching Harry Potter movies.

Strictly speaking, this is probably not one of Harry Potter's fun facts, but we still think it’s pretty cool.

In December 2021, USDish (a movie website) promised to pay users $1,234 for watching five of the Harry Potter films.

The website is interested in your feedback—it wants to know what your experience is now when watching the movies versus as a child back in the day.

What do you think? Will the Harry Potter franchise pull a Wingardium Leviosa on rating scores?

(We really hope you pronounced that right when you read it over.)

What about the woman behind the flourishing franchise?

What does one do after creating an entirely new fictional universe, right down to a full-fledged Quidditch rule book?

16. Rowling doesn’t need to work another day to maintain a revenue in the millions.

Although she’s only 56 years old, J. K. Rowling’s net worth makes her a billionaire—in dollars, if not in pounds. In 2020, her net worth hit £795 million, which is a little more than $1 billion.

Surprisingly, she makes most of her money from Universal Studios’ Wizarding World, as well as Pottermore, a website that earned $19 million in 2016 alone.

If she really wanted to, she could be the billionaire writer (in pounds) that the media proclaims her to be, but her sights are set elsewhere.

J.K. Rowling’s charity work is spread across 14 organizations and various causes, ranging from poverty to helping orphaned children and families in distress.

Her own foundation, Lumos, aims to reduce child institutionalization internationally. The name was aptly taken from the spell in Harry Potter that creates light.

How committed is she to these organizations?

Well, in 2011, Rowling donated 16% of her total net worth ($160 million) to charity. She also donated all the proceedings from two additional Potterverse books—Quidditch Through the Ages and Fantastic Beasts and Where to Find Them—to the Comic Relief charity.

The last Harry Potter movie aired in 2011, but the franchise is far from stagnant.

The Harry Potter 20th anniversary special proved to be more than a nostalgic cast get-together. It reunited viewers worldwide, young and old, as they stood riveted to TV and mobile screens to catch a glimpse of their beloved characters.

After reading these Harry Potter facts, you’re probably feeling the urge to dedicate a precious 20-or-so hours to an entire HP movie marathon. We know we are. 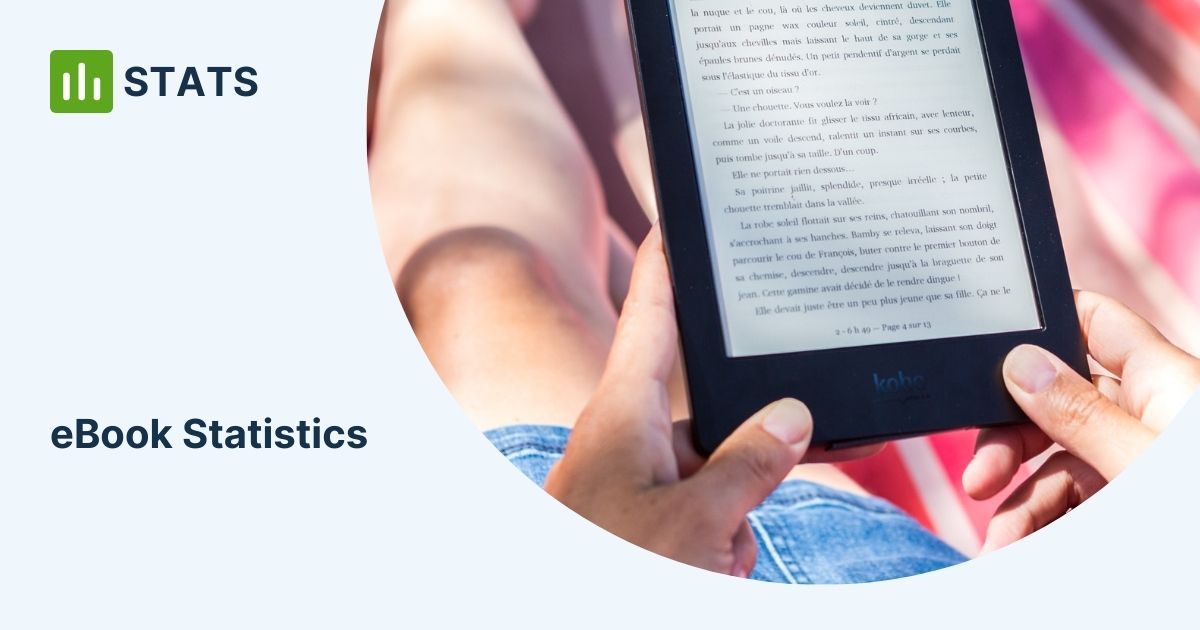