Some people use a VPN for torrenting, while others do it for reasons far less ethical. Even so, the popularity of VPN over the last years remains unquestionable.

As people become more internet literate, there are more privacy concerns, and different ways to address them emerge. Using a VPN is part of the solution.

Especially during the COVID-19 crisis, the number of VPN users skyrocketed!

If you’re still not sure how relevant VPN is in the online world, we at HostingTribunal have prepared the latest VPN statistics to clarify it for you.

Let’s start with some fascinating facts related to VPN!

From the moment we connect to the internet, we leave an online footprint, even if most of the time we’re unaware of it. However, in the latest years, the topic of online privacy is gaining more attention, and with it, the use of VPN becomes inevitable.

With it, the numbers and the VPN statistics are becoming more and more relevant, and we want to address them too.

Let’s start with one staggering statistic.

1. In 2020, several VPN services had a data leak compromising over 20 million users.

Well, that’s what numbers are for - they tell stories, and almost always, these stories are the most realistic ones.

In July this year, seven VPN companies that claim to follow a strict no-keeping of private data policy, exposed 1.2 terabytes of private data. The Personally Identifiable Information (PII) of almost 20 million users was made public and it was an absolute scandal in the VPN and the online community as well.

This answers the long-overdue question - does VPN use data? It does and unfortunately, this is one poor example of how all that users’ data can be mishandled.

If you feel that these VPN statistics are a bit disturbing, wait until you read the next one.

2. 86% of US citizens have tried to erase their online footprint.

People are no longer indifferent to their online privacy rights - they now want to know how their data is used and for what purposes. Our private data can be abused in many different ways and now, users want to fight against that.

At least, that’s what most Americans do, as the study from Pew Research Center showed. 86% of US citizens included in the survey tried to remove or minimize their digital footprint. Whether simply by erasing cookies or using a VPN, a number of people have been trying to minimize the information.

And for good reason, as our next internet privacy statistics will tell you.

3. 95% of data breaches wouldn’t have been successful if basic security measures had been observed.

Do you remember the popular Facebook data leak? Or the Adobe scandal that affected 7.5 million Creative Cloud users?

Well, these types of data breaches require a more constructive data protection program, but most of the attacks can be avoided by following basic security guidelines.

At least, that’s what the VPN breach statistics show us: if basic measures had been taken, 95% of the data breaches that were successful wouldn’t have happened.

And, since we’re talking about data breaches, it’s inevitable to check out some of the VPN usage statistics for the dark web.

4. India is a leader in using the dark web.

We won’t go into details about why people choose to access the dark web, but it has a lot in common with why people use a VPN - to remain anonymous.

India is the leader in the number of people who use VPN, so it’s no surprise that it’s also in the first place for using VPN for the dark web as well. Second on that list comes Russia, with 22% of users accessing the dark web and Brazil is the third.

Next, let’s check the VPN usage statistics, and of course, we’ll include Netflix, we know you’ll love reading about it.

So, who are VPN users? What do they use VPN for? Let’s check the VPN usage statistics and see what the numbers will tell us.

This makes a lot of sense. VPN acts as a geolocation blocker, so the user is able to access any content regardless of the region restrictions. And, taking into account the online restrictions many countries have, this number is really not surprising.

Netflix is a good example of this, as Netflix offers content based on geographical location.

Not only that, but 34% of users use VPN to access social networks or news services that are forbidden in their country.

Netflix restricts certain types of content based on geographical location so using a VPN to access it is a way to avoid the restrictions.

That’s why 29% of all VPN users access Netflix every now and then. Netflix was even accused of blocking these VPNs to restrict access but the company was quick to deny all allegations.

But is it illegal to use a VPN for Netflix? We’ll spare you the suspense - it’s not. Netflix has a strict copyright policy, but watching the shows won’t get you into any trouble.

But does using a VPN require more data or not?

7. On average, encrypting your data via a VPN service requires 10%-15% more data usage.

We can’t escape it - we leave our data around the internet one way or another.

The question that most VPN users want to know is this one: does VPN use more data than when you use a regular network?

The answer is yes. It’s related to the encryption process of your data, and that can take around 10%-15% more data usage.

So, just keep this in mind if you decide to go with a free VPN like Windscribe or a paid VPN plan.

How many people use a VPN, and why? What’s the average VPN usage on different OS or electronic devices?

Let’s find out those VPN statistics.

8. A quarter of all internet users have used VPN services in the last 30 days.

Internet use statistics reveal that in October 2020, nearly 4.66 billion people have accessed the internet at one point or another.

And the browser usage statistics show that 25% of them have used VPN during their browsing. This speaks about the importance of VPN and how effective and useful many people consider it to be.

However, some people use a VPN because they don’t have any other choice – time for some sobering VPN statistics.

9. Asia, Middle East, and Africa are leaders in using VPN.

Does the average person need a VPN?

Yes, if you come from anywhere in the Asian Pacific region.

The Global Web Index published a report where it was stated that 30% of people in Asia, the Middle East, and Africa who have internet access use a VPN.

Unfortunately, increased VPN usage is an indication of a much bigger problem – lack of internet freedom. So, if you’re planning a trip to China, download your VPN for China in advance, so you don’t run into any potential provider problems there.

23% of people in Latin America claim that they use VPN, followed by North America with 17% and Europe with 17% of internet users.

If you want to know which country uses VPN the most, just keep on reading.

10. Indonesia is the number one country for VPN users.

38% of all internet users who live in Indonesia use VPN.

India comes in second with 38% and Turkey holds the number three, with 32% of the total number of internet users installing VPNs.

On the other hand, the VPN statistics for countries that use VPN least are as follows: Australia holds the number one place with only 4% of the people with internet access using VPN.

The United States and the United Kingdom share second place with 5% each, and Germany is third, with 6%. Germany isn’t first at something - weird, right?

What about the VPN user preferences, which is more popular - PC or laptop, Mac or Windows? Let’s check those virtual private network statistics.

11. The majority of people who use VPN prefer using PCs and laptops.

We love our smartphones, but when it comes to VPN usage, the majority prefer to use PCs or laptops.

Global Web Index’s study shows these VPN facts: 72% of VPN users access the service via PC or Mac, so naturally, the VPN for Mac and Windows offers are more versatile. On the other hand, 69% of all users have reported accessing a VPN network on either their iOS or Android phone.

12. 37% of businesses reported that they are ready for cyber attacks.

Cybersecurity has existed since the first days of the internet but only came under the spotlight in the last few years. The fact is, most of the time, hackers don’t plan their attacks - they just wait for an opportunity to arise.

Unfortunately, businesses are more affected by hacker attacks every year, and that’s why they need additional cyber protection.

However, as of today, only 37% of businesses have reported that they are ready for cyber attacks.

13. Two-thirds of VPN users worry about what companies are doing with their data.

Raising awareness about data protection is bound to result in a stronger response to personal data being potentially abused. Users nowadays worry much more about what the companies are doing with their data than 10 years ago and the VPN security statistics are the proof of this theory.

In this regard, 64% of VPN users are concerned about their VPN data usage and whether companies can abuse it or not. And it’s not limited to VPN users - 60% of non-VPN users have the same worries.

Almost 90% of all the companies that offer VPN services didn’t exist before 2005. All of them reported that they started working after 2005 and some of them, like StrongVPN and IronSocket, are still working solidly even today.

Last but not least - let’s see the VPN statistics that’ll show us how big of an industry this is.

The VPN market is huge!

One thing is certain - in the last five years only, the number of VPN users has grown immensely. In fact, in 2016, the VPN market was worth $15.64 billion, and four years later, that number is almost doubled!

With more and more companies accepting remote ways of working as a result of the pandemic, this number is really not a surprise.

Next, for other market VPN statistics.

16. The global mobile virtual private network market is predicted to endure a growth rate of 19% until 2023.

Long gone are the days when we used our phones for calls and messages only.

Now, we run entire businesses from our smartphones. Of course, this results in more mobile data breaches, a rise in mobile data cyber threats, and increased mobile data protection programs.

Let’s check the VPN statistics in regard to which VPN company people search for the most.

17. NordVPN is the most searched VPN on Google.

The number of available VPN services for PC is almost countless, but, as with any other industry, some are better than others. The best VPN service is NordVPN with 1.8 million searches per month.

But, when it comes to which VPN service wins the race for VPN sales, it’s ExpressVPN that seems to suit most VPN users!

Well, that’s about it - we’ve covered the most important VPN statistics any internet user should know!

If, by any chance, you were asking yourself - is it worth getting a VPN? - remember this: most VPN users turn to VPN services to protect themselves and their online privacy. They do it to prevent any potential identity theft or problems with the current government restrictions. For some of these users, it’s not a question of whether VPNs are worth it, but of being able to afford internet freedom.

That’s why learning about different ways to protect personal data is a necessity rather than a privilege in our internet-driven society. 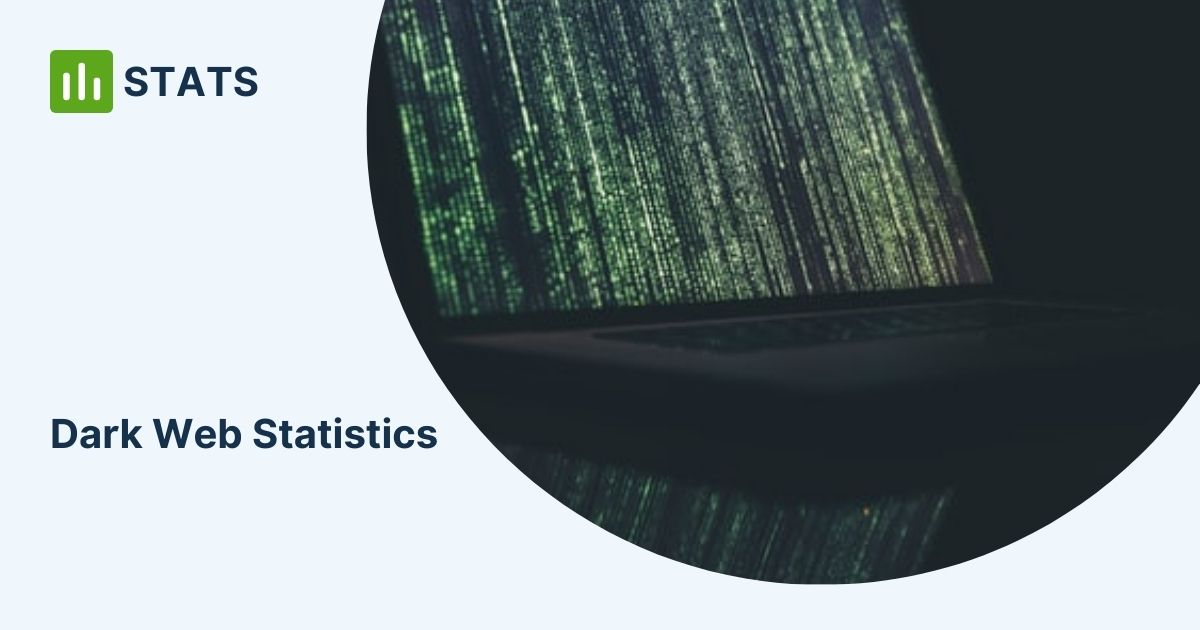 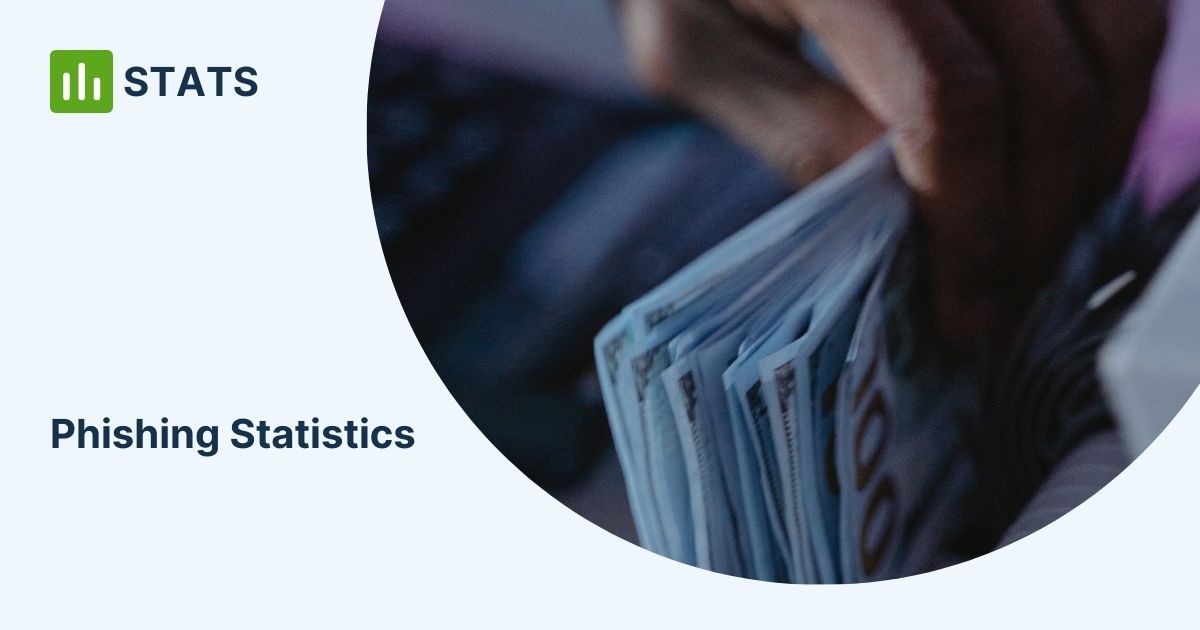