The pandemic has proven to be a blessing in disguise for many industries. For booksellers, in particular, the lockdowns had a twofold effect.

On the one hand, some brick and mortar bookstores had a hard time surviving after being forced to close. On the other hand, the restrictions ushered in a period of booming sales for ebook sellers.

How much revenue and how many copies do we mean, exactly, when we say “booming”?

We have the latest ebooks stats right here.

Stay with us to find out more about people’s reading habits, as well as the current trends in the digital publishing industry.

Ebook Demographics: Who Reads What?

Ebooks, by definition, involve technology, which sounds like the kind of thing younger people would be into, right?

And they are. But they’re certainly not the only ones who are crazy about all the special abilities ereaders give you—like reading in the dark, or taking all your books on holiday with you without cursing clothes for taking up so much suitcase space.

We at Hosting Tribunal gathered several other ebook facts that will come as a much bigger shock, so read along.

Okay, this one was probably not a surprise, but it’s still worth mentioning. According to ereader stats, more than 60% of users are in the 18-45 age group.

We’ll have to wait and see if they’ll keep choosing ebooks over paperbacks as they grow older, but we think they very well might. They already know the tech, plus ereaders allow users to manipulate text size, which is sure to come in handy at some point in life.

So, ebook stats by age might look very different in a couple of decades.

You read that right. Granted, very few people are such avid readers to begin with—only 2% of men and 9% of women.

Still, it's also women who read more in the electronic format. Ebooks statistics show that 17% of women prefer them over paperbacks, compared to 15% of men.

You thought men were the bigger technology nerds?

3.  The more people earn, the more likely they are to read ebooks.

The books vs ebooks debate takes an interesting turn when we look at some more ereader statistics.

To be fair, though, adults who are in the lower income bracket are less likely to read books—no matter the format—than those in the highest income bracket (69% vs 85%).

Now it’s time to talk about how many people read ebooks. Let’s start with the top fans.

26.1% of Chinese people (which is around 365 million individuals) have read an ebook over the past year. For comparison, only about 75 million people in the US (23%) have done so, as most of them (44.5%) still prefer paperbacks.

What’s curious is that just a few years back, in 2017, China was in fourth place, right behind Canada, the US, and Sweden.

With the exception of the UK and Sweden, which boast a ~20% ebook readership, the popularity of electronic titles in Europe appears to be lagging well behind.

A quick look at some basic ebook stats by country shows that only about 10% of Germans (and most Western Europeans, really) read ebooks.

However, nearly 60% of Germans said they purchased a printed book over the last year. For comparison, only 32% of Chinese readers spent any money on a printed book.

The Ebooks Market: Ups and Downs

Here, we’ll take a look at some ebooks sales statistics and facts.

Truth is, the ebook market varies wildly from country to country, so let’s begin.

This means book publishers made $1.1 billion in revenue in 2020 (up 15%, compared to the previous year). These are the highest figures recorded since 2013, likely due to the COVID19-induced lockdowns around the world.

But now that things are going back to normal (whatever that means), the number of ebooks sold in 2021 is much more in line with statistics from previous years.

Case in point: In June 2021, there were around 13 million ebooks sold, which is pretty much the same as what was reported in 2018 and 2019, yet significantly below the nearly 17 million units sold in June 2020.

Still, CAGR remains positive, at about 13%.

In other words, Amazon has an 84% share of the ereader market in the US.

Kobo is the runner-up, with a respectable 13% ownership, whereas Barnes and Noble’s share plummeted down to just 2.1%—which is quite a dive, considering that according to ereader statistics, the Nook boasted a 22% share just a decade ago.

That said, the drop isn’t all that surprising. In 2017, Barnes and Noble changed tactics and decided to focus more on selling print books. And, to make matters worse, the company was the target of a ransomware attack in October 2020.

The hack affected the company’s ebook segment, too. Since the app couldn’t sync with the website, Nook users were unable to access their own electronic library for at least a fortnight. This is certainly one of the disadvantages of ebooks.

Needless to say, the incident—which could have probably been avoided with a good antivirus, a password manager, and social engineering awareness—didn’t gain them any popularity points.

On a global scale, ereaders were responsible for about $460 million in revenue in 2020. However, industry experts expect a precipitous drop over the next few years, forecasting that the ereader market size will fall at around $160 million in 2025—a nearly threefold decline.

This is largely due to the fact that the smartphone market has achieved saturation in most developed countries, rendering a separate reading device obsolete for many people.

Furthermore, more than 50% of US adults own at least one tablet, which they often use for reading.

In fact, ebooks stats show mobile reading apps are a booming and highly competitive market in China, with the top contenders boasting dozens of millions of active users each.

Many of these apps offer a gamified reading experience with points-based rewards systems, leaderboards, and easy sharing features.

In this section, we’ll look at a bunch of juicy digital publishing statistics to help you better understand the industry.

Plus, we’ll fill you in on a great way to get quality reading material for free!

10. Romance is the single best-selling genre on the ebook scene.

People bought more than 50 million romance ebooks in 2017, making it the most popular category in the industry. Mystery, Thrillers, and Crime novels came in second place with about 35 million copies sold in the same year.

Ebook stats by genre show that the bronze medal went to the sci-fi and fantasy genre (19 million units sold), followed by the Young Adult Fiction category (7.23 million), and the Religious and Spiritual texts (6.46 million).

Fun fact: Out of the Top 100 categories on Amazon’s Kindle, the top 21 are solely fiction. In fact, there are only 12 non-fiction categories on the entire list!

If you’re thinking about self-publishing your book, then you should know that ebooks royalties depend on multiple factors, such as the platform you choose and the pricing of the book.

Ironically, Amazon, the biggest player in the ebook business, is the platform that pays the lowest royalties (typically 35%). The one exception to this rule is if your book costs $2.99-$9.99, in which case you receive up to 70% in royalties.

For comparison, Apple Books and Barnes and Noble offer that same 70%, except the rate is steady no matter how much your ebook costs. Kobo’s royalties, on the other hand, could be either 20%, 45%, or 70%, depending on the title’s price.

12. You can access tens of thousands of ebooks for free.

A library full of ebooks might not be something you’ve thought of, but it exists. The best part?

The veteran in the field is Project Gutenberg, which boasts a colossal collection of more than 60,000 ebooks.

There is a little caveat or two, though. First, you won’t find any new titles in these libraries, just old books that are no longer bound by copyright. And second, most ebooks have barebones formatting—no illustrations or fancy fonts, just boring (yet functional) text.

13. There is an ebooks library for the old-fashioned, too!

Project Gutenberg’s no-frills approach might not suit you if you’re a more visual person.

In that case, an alternative option is OpenLibrary, a platform that focuses on scanning books instead of simply extracting raw text from them.

That means the pages still look like those in actual books, with proper formatting and all the images left unscathed. Alas, you still can’t smell them, but one always has to compromise in this ebooks vs printed books dilemma.

14. Audiobooks are older than ebooks… by a lot.

That’s right—the first audiobook appeared in 1932 on a vinyl record. The American Association for the Blind recorded some of William Shakespeare’s plays as well as the US Constitution so that visually impaired people could enjoy reading.

For comparison, the first ebook came into existence until 1971, when Michael S. Hart, the founder of Project Gutenberg, digitized the Declaration of Independence.

Ebooks Trends: The Flair of the Early 2020s

What’s next in the digital publishing industry? Are audiobooks really the next big thing?

Read on and you’ll see!

15. Ebooks are cool, but audiobooks are apparently cooler.

It’s time for a round of ebooks vs audiobooks.

The turning point for this battle was in 2019. Back then, ebooks made $983 million in total revenue—a number which audiobooks surpassed for the very first time by making $1.2 billion.

16. It is a truth universally acknowledged that Pride and Prejudice is the single most read ebook worldwide.

Or, at least, it is the most downloaded ebook of all time on Project Gutenberg.

Ebooks statistics show that in April 2020, the first month of lockdowns, nearly 66,000 users downloaded it—though how many of them actually read it, we do not know.

What we do know is that printed editions aren’t free, which is one of the main reasons why the most popular ebooks are classic works written by Oscar Wilde, Mark Twain, Charles Dickens, and other popular authors.

Written by Kristin Hannah, the novel follows the story of Elsa Walcott, a woman who struggles to survive during the Great Depression.

Unlike Hannah’s book, which falls under the historical fiction category, the titles that earned the second and third spots on the list are crime-centered. The Moonlight Child by Karen McQuestion is a thriller, whereas If You Tell by Gregg Olsen is the biography of a serial killer.

Kindle stats show that Olsen’s title was actually on the top of the bestselling list in 2020, too.

18. You can pre-order future ebooks on Amazon—even those that won’t be out for years to come.

Enter Bruno Nettl and Helen Myers with their magnum opus Folk Music in the United States: An Introduction (3rd Rev), which is scheduled for release in a millennium or so—to be precise, on February 1st, 2976.

The way we see it, either they know something we don’t, or they are simply very shrewd businesspeople.

Whatever the case may be, if you want to learn more about folk music in the US, you’ll need to wait a little while.

Probably not. Or, at least, not completely.

Although physical books might be ancient in terms of tech, their UI is simple and their tactile feedback is unparalleled—which isn’t something that we can say about all ereaders.

Whichever side you take on the ebooks vs printed books debate, the facts remain: industry-wise, audiobooks are the clear winner according to the numbers.

But you shouldn’t let that dissuade you from enjoying books in your favorite format.

By now, you’ve read all the key ebooks stats, so you know that no matter the genre, the format, the time, or the title, the important thing is that you keep reading.

The publishing industry will adapt. 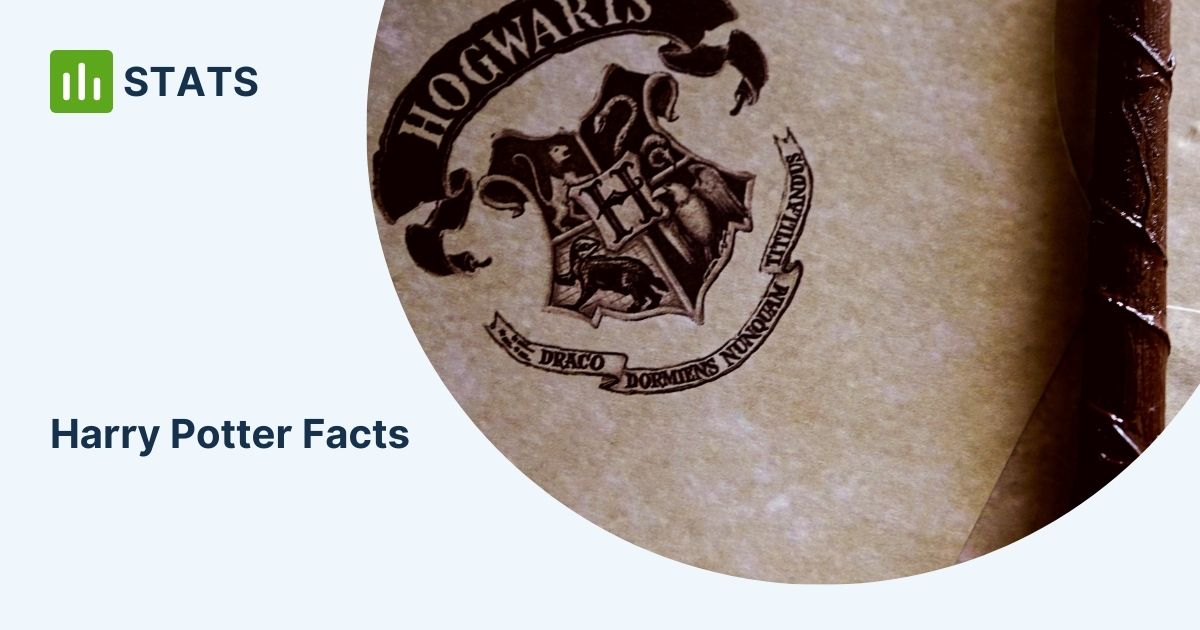