17 Medium Statistics to Wake Up Your Writing Muse

There are 1.7 billion websites on the internet.

About 600 million of them are blogs.

In the US alone, there are 31.7 million active bloggers—that’s 10% of the country’s population who share their writing online.

So, to say that competition is tough is probably an understatement.

Today, we’ve got one popular blogging website in our sights: Medium.

See if it’s the right platform for you as you read along our selection of curious Medium statistics.

Medium has been around for a decade now. During this time, it has gone through a few restructurings, changed its focus more than once, undergone several wide-ranging layoffs, and ended up a very different platform than what it once was.

Before we begin with present-day statistics, let’s see how this platform came to be what it is today.

They believed that existing social media provided fertile ground for producing and sharing vast quantities of content but did little to encourage the production of high-quality material.

Twitter, in particular, could hardly help alleviate this issue due to its 140-character limit. So, they came up with Medium.

2. Dozens of Medium employees failed to unionize by one vote in 2021… and were let go.

Medium is a writing platform that caters to individual creators. Well, that’s what it is now. Up until a year ago, that wasn’t entirely the case.

Medium had a team of dozens of professional journalists and writers who produced quality content—but they wanted to unionize.

So, Medium’s CEO, Evan Williams, hired the union-busting firm Kauff McGuire & Margolis and held multiple conversations with small groups of employees, all but threatening them not to vote in favor of unionizing. His strategy proved effective, and the employees failed by one vote.

Despite that, just a month later, Mr. Williams announced a “voluntary separation program” and practically disbanded the company’s editorial team.

Disclaimer: To this day, it’s unclear whether someone (Mr. Biden himself or another White House staffer) had actually used the account to read erotica or if there was actually something wrong with Medium’s algorithm (as the White House tried to assure the public).

A publishing platform such as Medium can’t do with just writers or readers. It has to have both—and a healthy amount of them at that.

Medium has undertaken various strategies over the years, some more successful than others, to try and keep its numbers up.

Medium attracts plenty of serious users who treat the site as a workplace. Those people tend to access it directly and probably account for the 25.56% of traffic that are direct visits.

The bulk of the site’s traffic, though, originates from search engines. A mere 6.50% comes from social media, whereas referrals account for less than 6% of the visits.

For comparison, consider that 83.2% of Facebook traffic is direct.

According to the latest Medium statistics, the blogging platform currently has at least 63 million registered users. You can verify this by looking at the number of followers the Medium Staff account has, since every new user automatically follows it.

That said, you don’t have to make an account to read the occasional free story, which is why the platform gets as many 145 million unique visits in a month.

For comparison, back in 2016, this figure stood at about 60 million. In other words, Medium’s popularity is certainly growing.

It does—if they join its Partner Program.

Unfortunately for those who are looking to bring in some extra cash, Medium’s rise in popularity has attracted not only more readers but more writers, too. This means that competition is getting more challenging, so if you’re considering turning your hobby into a side hustle, it’s best to get started soon.

Medium’s readership is hitting the millions, but that’s not a congregation of a random million people—most of them are well-educated high-earners. Let’s go over some key demographics.

More than half of the platform’s users boast an annual income of $100,000 or more. Interestingly, 55% of readers are male, and 71% are white, which is more or less in line with the US’ demographic distribution.

Fun fact: 25 to 34-year-olds make up more than a third of Medium’s user base.

8. The most popular topics on Medium have over one million followers each.

When writing an article on Medium, you might want to consider an appropriate tag, or “topic.” Some are more popular than others—such is life. Literally. The “Life” topic has more than one million followers and 659,000+ stories. On a similar note, the “Life Lessons” tag has over a million followers, too, and 551,000+ stories.

It’s not all about self-help, though. For instance, “Startup” also has one million followers and 533K stories, whereas “Blockchain” boasts 615K followers and 603K stories. Very entrepreneurial.

Other popular tags include “Politics,” “Health,” “Love,” and “Technology.”

Many things happen on Medium every month. For instance, people write over a million new posts and, perhaps more importantly, they get paid for their troubles.

Let’s review some more numbers, starting with how much Medium writers make?

As with any online business, reach plays a big part. If you have a large following and many people read your (monetized) posts, you’re sure to make good money.

Fun fact: In 2019, the most successful author on the platform only made $8,390.03 monthly. That’s all the proof you need that Medium is still growing—and fast.

Does writing on Medium pay?

Very much so. After all, it’s not one of the best blogging platforms for nothing.

The highest-earning story on the platform single-handedly generated $16,685.50. Unfortunately, we don’t know which one it is.

Medium’s top earners don’t just earn a lot of money through the partner program, they also get hefty bonuses.

If you do the math, this means that Medium spends $575,000 on these rewards every month.

Medium stats suggest that there are over 1.3 million new posts there for you to read every month, which generate a combined $1.65 million.

Now, circling back to the sheer amount of content the platform has, this means that if you don’t want to miss anything, you’ll need to go through an article every two seconds.

Medium’s Valuation and Other Valuable Info

Medium is a privately held company, so there’s scarce information available about its financial situation.

Here’s what we could uncover.

In fact, just in 2021, it acquired three—Glose, Projector, and Knowable Universe.

The former is a digital bookstore with more than a million titles. Once integrated with Medium, users will be able to buy books with a single click while reading an article.

Projector, on the other hand, is for web-based graphic design (think something like Canva).

Lastly, Knowable Universe is an audio learning platform. It’s unclear what kind of integration exactly we’re looking at, but it’s worth mentioning that as Medium’s monthly traffic has gone up, the platform has made an effort to become more accessible.

For instance, it recently introduced a text-to-speech functionality that enables users to listen to articles instead of reading them. Perhaps this has something to do with the recent acquisition.

On Medium, most articles worthy of your time are paywalled. To read them, you need to  become a member, which means coughing up $5 monthly (or $50 yearly).

Alas, the company’s CEO was unhappy with the figure, having expected more significant growth. The thing is that Medium’s revenue is directly tied to the number of members it attracts, as the platform doesn’t do adverts.

In 2021, the company’s revenue was about $35 million—which, admittedly, isn’t all that much. For comparison, the Bumble dating app (which is also ad-free and relies only on the small percentage of its user base that actually pays for a subscription) generated $337 million in 2020. (That’s nearly ten times what Medium generated.)

15. The Medium publishing platform has raised $132 million in venture capital.

Medium has been around for a while, and it has had ample opportunity to raise capital. However, it has only done so thrice. Once shortly after its inception (in 2014), then in 2015, and one final time in 2016.

It raised $25 million, $57 million, and $50 million in each funding round, respectively.

Once you’ve gone over all the pros and cons of blogging in your head, and you’ve finally decided to do it, you have to choose which platform is the best for you. Medium’s competitors include titans such as WordPress and Blogger, as well as dozens of smaller (and newer) companies.

WordPress alone is behind 41.2% of the top 10 million most visited websites in the world. Furthermore, there are 455 million WordPress sites in existence. Yet, all this doesn’t automatically make it better than Medium. It’s more versatile, sure, but it isn’t specifically geared towards writers.

Plus, Medium’s free (for authors, not readers).

Something all Medium writers are sure to appreciate is the platform’s domain authority rating. Domain authority (DA) is a metric, or a ranking score, that aims to predict how likely a domain is to appear in search engine result pages.

While the underlying algorithms are complicated enough, what’s important to know is that it goes from 1-100, and that higher is better. So, 95 is really, really good.

In other words, posting your articles on Medium makes it much easier for people to discover them than if you made your own website—you’d then have to worry about search engine optimization (SEO) and that’s a whole science in itself.

At the end of the day, how many Medium statistics you read is inconsequential. What matters most is what your earnings’ stats look like on Medium itself—unless you don’t care about the money and you just want to convey a message to your readers.

Blogging Stats
Sep
06
How Many Blogs Are There? We Counted Them All! 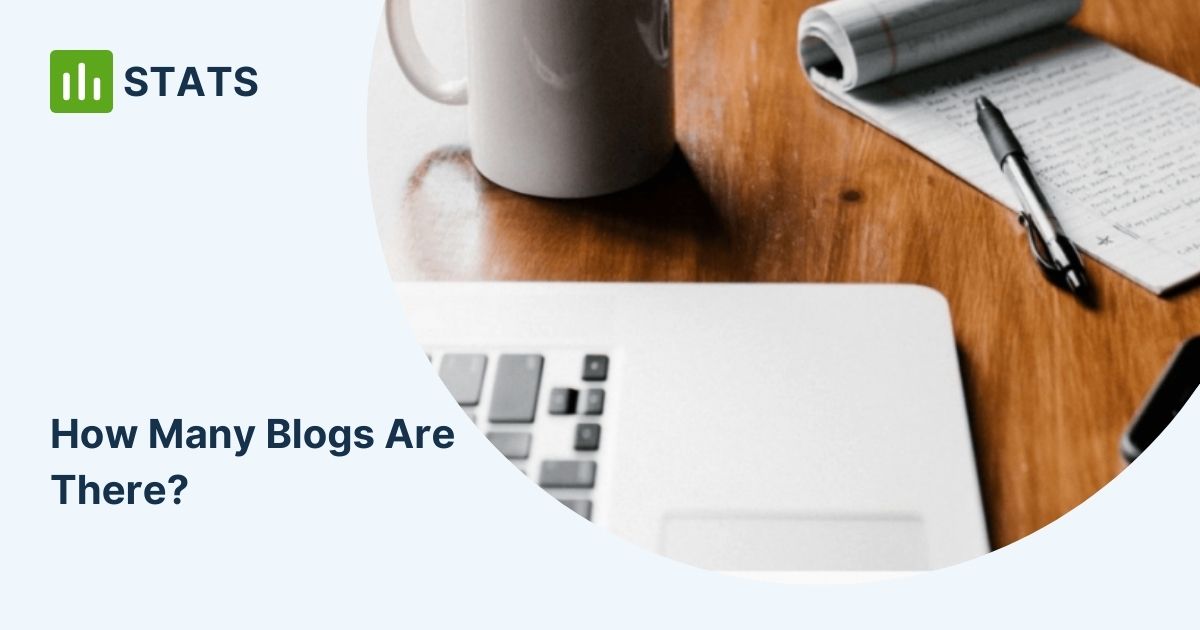 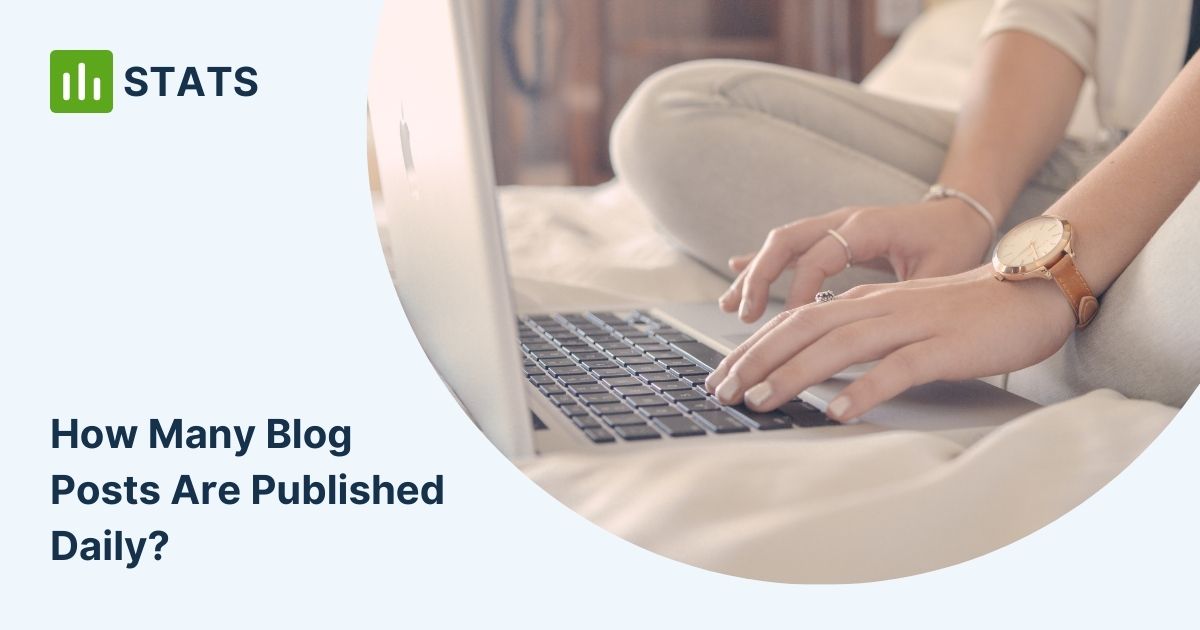 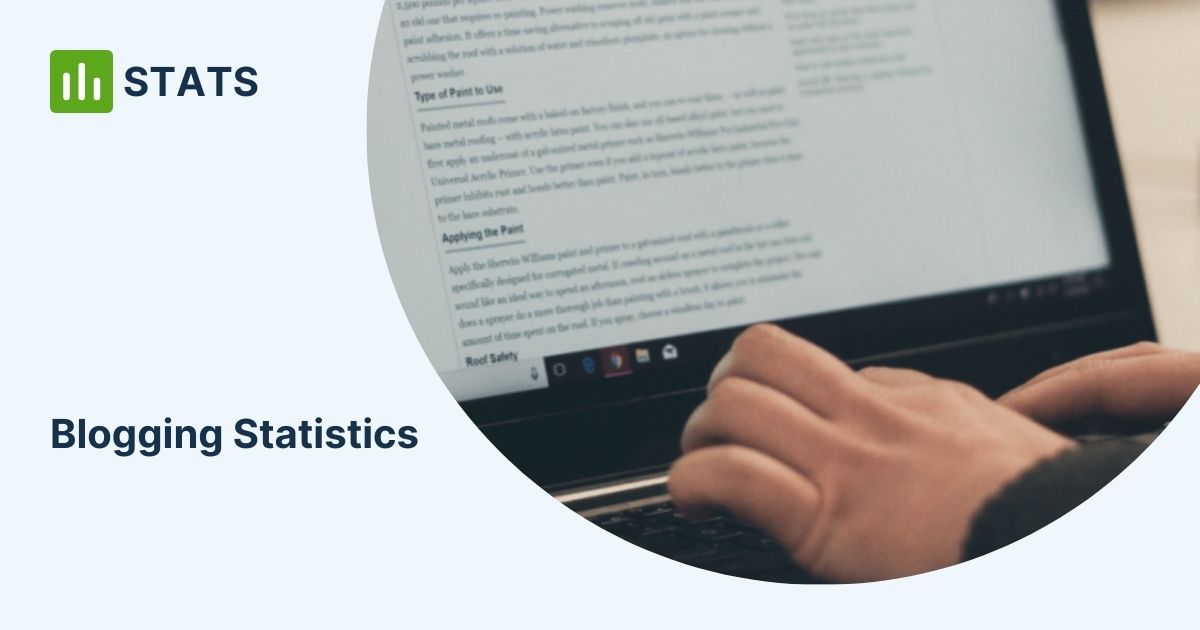