How Many Gamers Are There in the World: Essential Gaming Industry Statistics for 2022

Have you ever wondered how many gamers there are in the world?

Admit it, you most probably have. Even if it weren’t for the pandemic, the gamers’ count has been rising exponentially.

And now that we have the said pandemic in the picture, the increase has been like nothing we’ve known!

Not to mention the rise of both hypercasual and hypercompetitive gaming, which is also a key factor.

So how many gamers are there in the world? The short answer would be more than ever before. As for the long one, well, you’ll have to stick with us to find out.

Are you ready? We’ll go through gamer numbers in different continents and touch upon specific devices, gamer demographics, and average gamer ages. Then, we’ll mix it up with some esports and internet user stats.

How Many Gamers Are There in the World in 2022?

You already know we’re talking about some huge numbers. But how huge exactly?

Indeed, that number would be even higher by the time you’re reading this. Still, this is the most current info we’ve managed to get out hands on. Do you know what’s interesting, though? North America isn’t even in the top three continents.

Asia is the one with the most significant gamer numbers—a staggering 1.478 billion. After the leader come Europe and South America with 715.8 billion and 419.6 billion gamers, respectively.

Combined, they make up 40% of the world’s population.

2. 83.6% of internet users worldwide play video games on at least one device.

What makes this stat all the most impressive is that, as we know, the initial purpose of the internet is not for playing video games, but that has now become one of its primary uses.

The Philippines is the world’s leading country in this regard, as 96.4% of its internet users play games. Vietnam, a former leader, is now at 93.4%. Japan and Belgium are at the very bottom of all the countries surveyed, with only 71.7% and 70.5%, respectively.

However, that doesn’t make them any less important.

Take a look and see for yourself.

Probably the most unexpected demographic stat on video games there is. Women are not what you associate with the word “gamer,” though we see this already changing to an extent.

Usually, males make up at least 60% of all gamers. Currently, they are at 55%. The rise of mobile gaming certainly helped balance the scales. What’s even more fun is that it doesn’t look like this will stop any time soon.

All competitive games are, naturally, online. But, if you were to ask, “How many online gamers playing professionally are there in the world?” you’d be surprised at the answer.

So that leaves the remaining 58.7% for casual gaming. After all, we must not forget that all these online games are perfect for relaxing and blowing off some steam—something that would certainly explain the high number of casual online gamers.

The rise of casual gamers is tied to the rise of mobile gaming. Surprisingly (or not after the previous stat), women seem to be playing those much more than men.

Not only do 63% of them play mobile games, but 60% do it daily. They even spend more money on it. Women still aren’t shaping the current video game market that much, though very well might in the near future.

How Many Professional Gamers Are There?

People like video games so much that they’re eager even to watch pros playing their favorite titles.

So how many professionals are there?

6. The US has the most professional gamers, with over 8,000 players.

How many esports players are there? There’s no official info on that, but the States seem to dig them a lot. The US has a cumulative prize pool of $50 million for tournaments. China is the only country with a bigger cumulative pool, but it has 2,000+ pro gamers.

South Korea, Sweden, and Canada also boast many pros in the industry. All three countries have over a thousand of them.

For many people, it’s much easier and/or more fun just to watch other people play games. And while they’re doing that, why not watch the best of the best fighting against each other?

Nobody knows the exact average attendance number for esports. However, we can tell you that over 70 million people have watched one or more finals. So it looks like most people do prefer watching a gaming competition among the best there are, after all.

How Many People Play Online Games?

Online games offer a lot of benefits. For instance, they are a good way of gathering groups of people.

During the pandemic’s peak, when almost everything was closed up, people were restricted from going out and turned to gaming… which happened to be an excellent opportunity to both socialize and have fun with others.

In comparison, 832.2 million gamers closed up in 2019. Online gamer statistics like these further prove the pandemic’s effect on the industry.

At the time of writing, the pandemic isn’t as deadly as it used to be. Still, all forms of gaming are rising so much that certain sources predict there will be 1.277 billion online gamers in 2025. The only thing to do is wait and see if these predictions will turn out to be true.

9. PUBG is the world’s most downloaded game, with over a billion players.

It’s not at all surprising to learn that the most played game ever is an online game. Better yet, it’s, in part, a mobile one. PUBG is available for all top platforms, including Android and iOS.

Another unsurprising fact is that its player count is over one billion. Online shooters are extremely popular right now. So much so that PUBG is not the only game with a player count in the billions. Another prominent one, for example, is Crossfire, a South Korean online shooter.

How Many Americans Play Video Games?

However, let’s see precisely how prominent they are here.

That answers the question, “How many people that play video games in the world are American?” One of the most frequently asked ones provides an unexpected answer—North America is only the fourth biggest continent in this regard.

11. Three out of every four Americans play video games.

In other words, that’s 244 million Americans, which means the gamers’ count has increased to 32 million in just four years. During the same period, the number of people gaming on more than one device rose from 59% to 65%.

Apparently, the pandemic increased not just the number of gamers but also the amount of time spent gaming.

12. 35% of US gamers reported they’ve been playing a lot more since COVID-19 attacked the world.

If you’ve wondered how many people play video games in the world post-pandemic, the answer would be “substantially more than before.”

So the lockdown turned out to be quite beneficial, at least for the gaming world. In July 2020, when things went haywire, over one-third of gamers started playing a lot more. Nearly all of them simply devoted more to their preferred gaming platform pre-pandemic—94% of them stuck to their roots, with the remaining 6% switching to a new one.

Prepare for some shocking info…

By now, you know how many people play video games in the US. So what about adults only? Astonishingly, nearly two out of every three are gamers. That means there were over 164 million adult gamers in 2019.

One would expect minors to be the most hardcore gamers… but apparently, that’s not really the case.

Way higher than one would expect, right? Come to think of it, though, gaming’s been a popular pastime for a long while now. Also, people spend most of their lives being adults. Not to mention that such data includes mobile gaming, which is probably the most prominent sort of gaming right now, given how widely available and easily accessible it is.

So there you have it—three major factors contributing to the higher average age of gamers. Not that surprising now, right?

Will the “PC Master Race” manage to beat console gamers?

Personal computers have always been among the top gaming devices. That begs the question—how many PC gamers are there? By the end of 2020, there were at least 1.745 billion. However, what’s even more impressive is that the same year saw the most considerable increase by far—in 2019, there were only 1.553 billion gamers. Additionally, Statista predicts that this number will reach 1.855 billion in 2024.

North America might now have the most gamers overall, but it boasts the highest number of console ones. Speaking of which, how many console gamers are there, really?

106.7 million out of all 254 million are from the US. 99.6 million come from Europe, and 26.6 million—from Asia. All other continents trail far behind, as they don’t have even half as many gamers as these three.

Nobody knows exactly how many people play PlayStation games. However, this is the most recent piece of info we managed to find. It was published by Statista in May 2022.

Keep in mind that this number is pretty volatile, as it goes up and down every several months. Nevertheless, over 100 million just on PSN is quite a lot.

The highest this number went was 114 million, which happened in June 2020. It has gone to enormous heights multiple times but never above that… so far.

We hope our collection of gaming stats was fun to read. All in all, it further solidified a well-known fact—gaming is on such a rise that the number of players is constantly moving up.

That’s why answering questions such as “How many gamers are there in the world?” is pretty impossible.

What we can tell for sure is this: The number of gamers, all of them—females, males, casuals, and pros—using different devices, coming from different countries, even continents will continue to rise exponentially in the future. So launch a favorite game and join in!

Gaming Stats
May
27
PUBG Player Count: How Many People are Playing the Famous Battle Royale in 2022?

Gaming Stats
May
18
How Many Video Games Are There? 17 Playful Stats 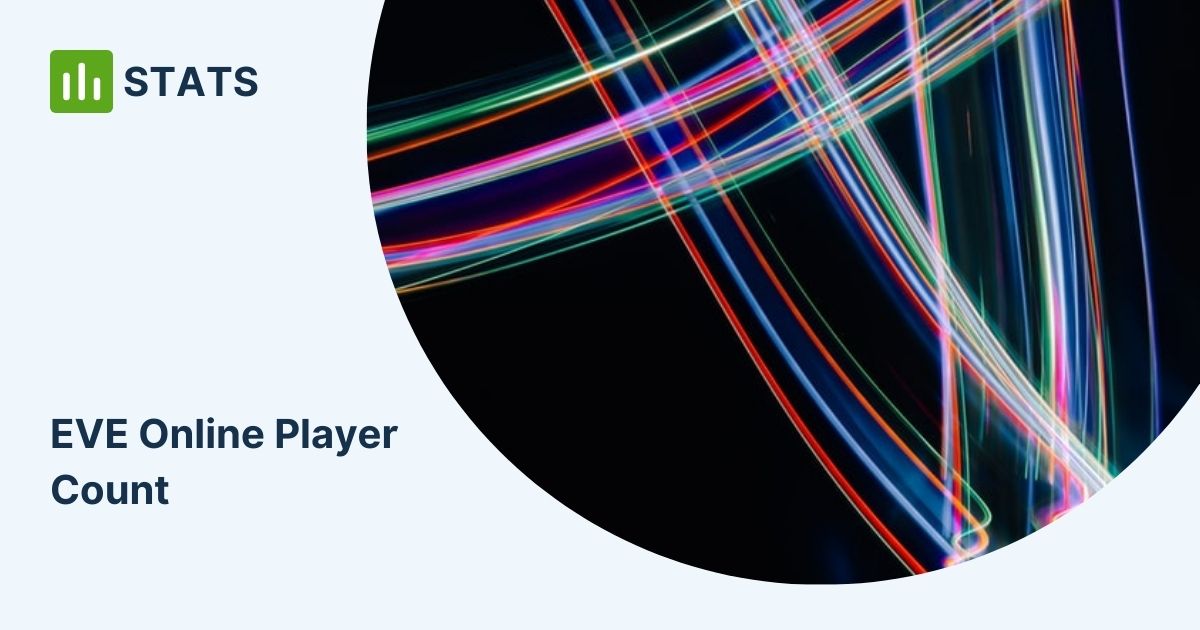