Our traveling habits and traffic changed during the pandemic. This, in turn, affected the use of navigation apps. While adaptation to the new situation was difficult for all companies, some had a better chance of succeeding than others.

Compared to Google Maps, the other most popular navigation apps, like Waze and Android Auto, don’t stand a chance.

Read our list of Google Maps statistics to find out how the app performed during the years and how it’s always up-to-date.

We start with some general facts to give you an idea of the scope of this platform.

1. Google Maps provides $200 worth of services per month for free.

In 2018, the Google Maps platform split into Maps, Routes, and Places. For all three, you get $200 worth of services for free each month.

So, is Google Maps free to use?

Otherwise, getting directions would cost you $5 per 1,000 requests. The same goes for geocoding—converting addresses to and from geographic coordinates. Static and dynamic street view cost $7 and $14, respectively, per 1,000 requests each, and so on.

The good news is that the monthly Google Maps usage limit is enough for most users.

2. Google Maps marketing optimization can increase the visibility of your business.

Listing your business on Google Maps isn’t just about making it easier to find. You can apply SEO techniques to improve your Google Maps ranking.

Whenever someone is looking for a certain type of place, multiple Google Search and Maps results pop up. Make sure your venue’s location is on top to increase the popularity of your business.

3. On average, Google Maps uses 5MB of data per hour.

Data usage is an important aspect to consider when choosing a navigation app. After all, running out of data in the middle of nowhere doesn’t sound like a fun scenario.

Fortunately, the Google Maps data usage is only around 5MB per hour while navigating. It does use more when setting the destination, but that problem has a simple solution.

4. You can download areas of the maps and use the app offline.

That way, you can save data and use Google Maps offline. All you need to do is download the map while you’re connected to the internet and update your maps before you disconnect.

As we mentioned, Google Maps is the most popular navigation app. Let’s see how that translates in numbers.

Having been around for so long and coming preinstalled with most Android smartphones, the platform gathered a considerable user base. The Google Maps competitors don’t stand a chance.

6. Google Maps is the world’s most popular navigation app.

It’s hard to tell exactly how many people use Google Maps today, but one thing is for sure. Google Maps is the most popular platform of its kind.

According to Statista, it reached 23.4 million downloads in 2020. Waze and Android Auto came second and third, with 11.2 and 5.9 million, respectively.

The app might dominate the market today, but the Google Maps story isn’t all roses.

Shortly following the release of iPhone 5, the Google navigation app surpassed 81 million users. This is when Apple's offensive took place.

The company started including Apple Maps instead of Google Maps in their operating system. Consequently, Google Maps lost ten million active users in just about a month.

8. Google Maps has 4.1 million ratings on the App Store.

Google Maps statistics show that the app not only recovered from the Apple hit with ease but is still way ahead of other navigation platforms.

We think it’s safe to assume that Google still has the upper hand.

Google Maps stats reveal that 77% of all smartphone users turn to navigation apps regularly. 67% of those prefer Google Maps, while only 12% use Waze. Apple Maps is even lower at 11%, and MapQuest is at 8%.

According to The Manifest, the reason for this is that Google Maps offers more information than the competition.

As of June 2021, Google Maps was the third smartphone app in terms of audience reach in the US. It’s only behind YouTube, with 71%, and Facebook, which sits at 62%.

If you found this Google Maps news impressive, wait till you hear the rest. Facebook Messenger, Google Play, and Instagram are all behind Google Maps, and Apple Maps is nowhere to be seen.

Say you’re a business owner. Why just include your address when you can embed Google Maps and show the location of your venue on your website?

Today, Google Maps has a great reputation in terms of marketing, and nearly five million live website owners recognize that.

This looked even better for the Google Maps market share before Covid-19.

At the start of the pandemic, around 125,000 of the top one million websites used Google Maps. Today’s numbers are still pretty impressive, though. Instead of every eight, every tenth site uses the app.

The number also decreased for the 100k and 10k most popular websites in the world.

Google Maps’ popularity is undeniable. But how accurate is it?

25% of smartphone navigation app users appreciate the app for the clear directions it gives. 17% consider it the best source for directions for non-drivers.

These Google Maps stats also show that 20% use it because it offers their preferred features. Another 20% like the interface.

14. TripAdvisor users believe Google Maps is not too accurate.

If you ask TripAdvisor users, they’ll probably tell you they’re a bit off—usually, too optimistic. Some claim the app doesn’t take into account certain factors, such as the weather.

However, most of these comments were made years ago. The reason why users praise the app is that it’s constantly updated.

This Premium Google Cloud Partner states Google Maps is much more accurate than before.

This research was based on 56 journeys with an average length of 18 miles and a duration of 32 minutes. The average journey time difference was 1.8 minutes.

This is excellent considering how hard it is to predict traffic.

Of course, they have excluded trips with more serious traffic accidents.

With the help of machine learning, this app can predict the amount of traffic on your route. It does so by analyzing historical patterns, road quality, and average speeds. Local data, such as speed limits and restricted movement areas, is also considered.

Google Maps also updated its algorithm to adjust to the COVID-19 pandemic changes. It now prioritizes data from the previous two to four weeks.

We end our list of Google Maps stats with a few more curious facts about the platform.

17. You can create a Google Maps intent.

Tech-savvy users will be glad to hear that the Android version of this app supports the so-called “intents.” They allow you to:

The company behind Google Maps relies on machine learning to integrate that data and continuously improve the platform.

This is significantly less than the 3% in November 2015. But this decrease doesn’t necessarily reveal a loss in the number of Google Maps users.

It’s more likely related to the growing number of Google searches used as a starting point for a journey.

Hard drives of today usually have a storage capacity of one or even several terabytes. Now imagine having over 20,500!

According to Google Maps stats, that’s how much space Google Earth’s satellite imagery takes up. And Google Maps relies on all of it.

We hope you found the answers to your questions and learned something new about the platform. Or at least had a good time navigating through our list of Google Maps statistics.

Until next time, we wish you a good trip!

Latest from Author
2022 Personal Computer Market Shares: Who Rules the (Digital) World?
2022 Server CPU Market Share: The Intel vs. AMD Battle for the Top
19+ Illuminating Stats About US Energy Production by Source You Have to Know
13 Things You Must Know About Uber Eats’ Revenue

Tech Facts
May
10
How Many Customer Does Verizon Have? The Most Telling Facts in 2022 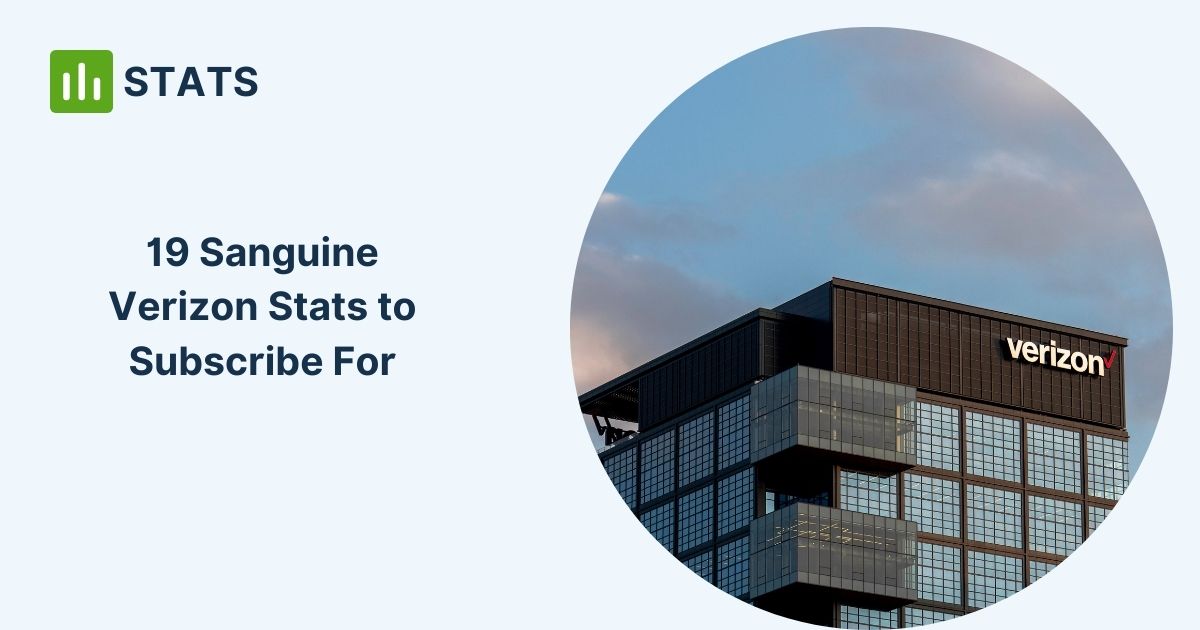 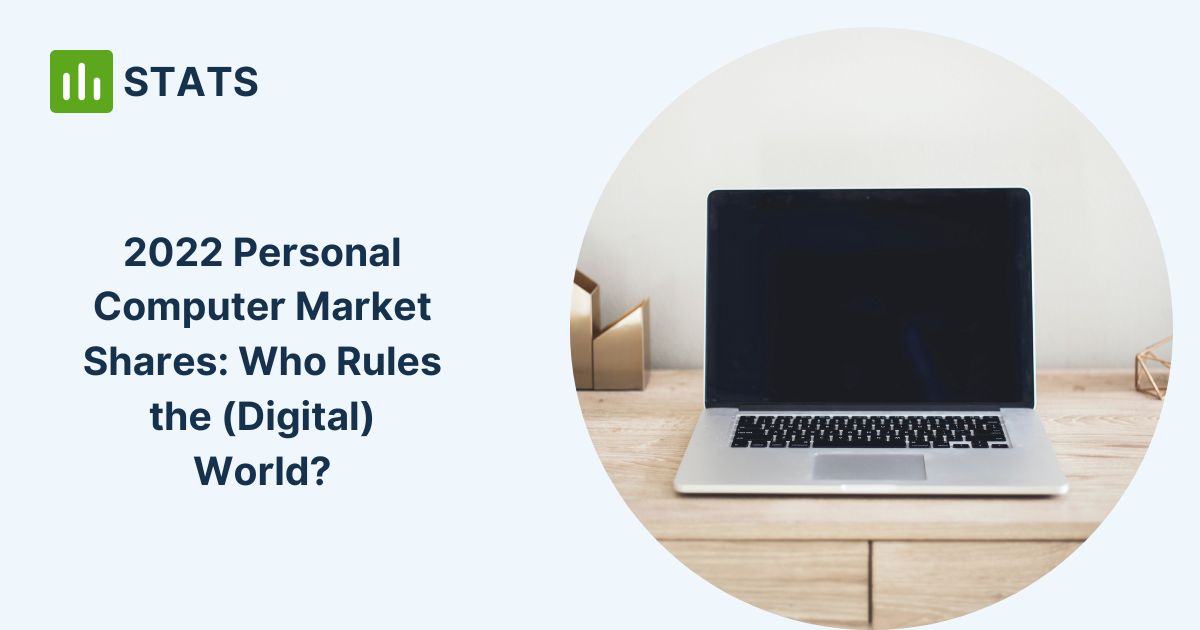 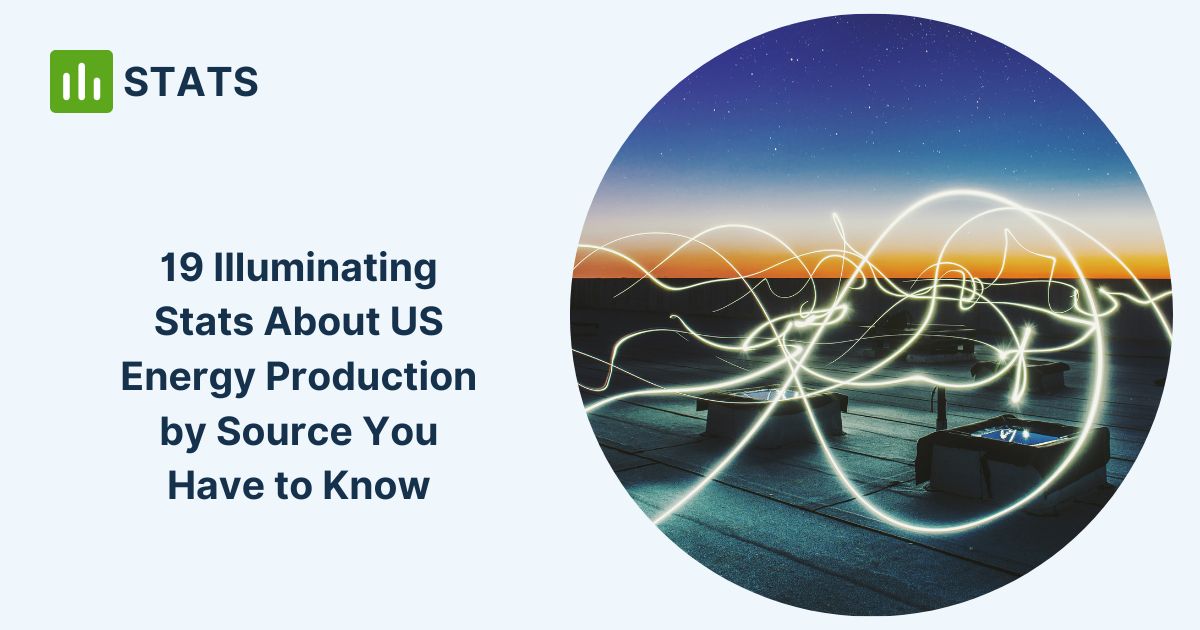 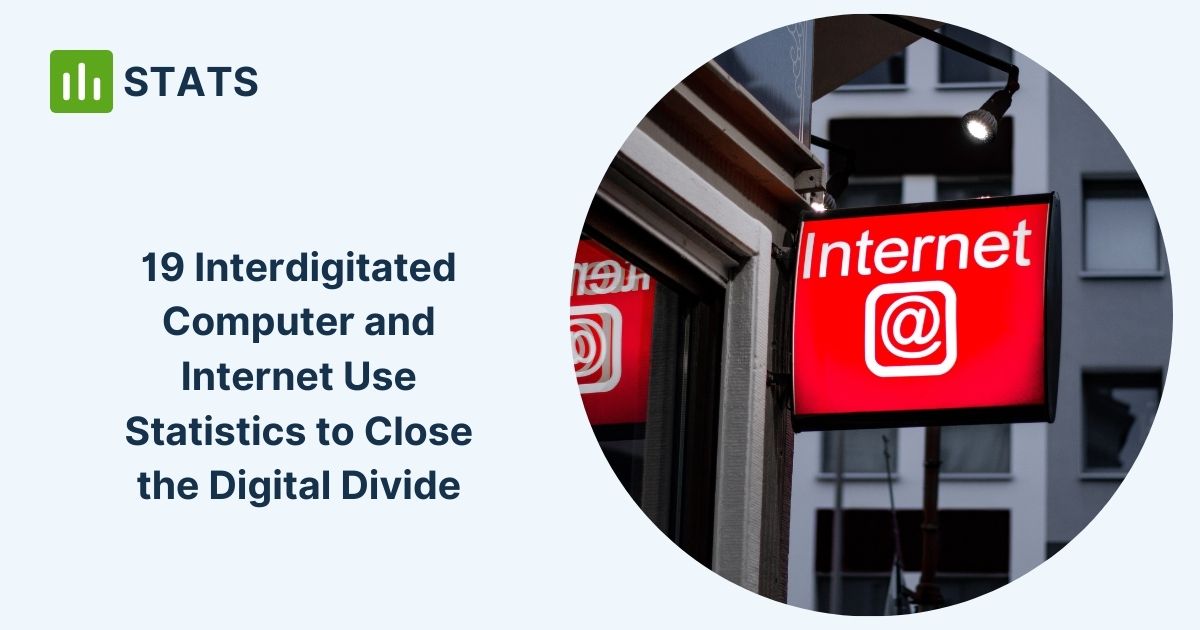