Some or all of the products/services listed on this page are from our affiliate partners from which we receive commissions. This, however, does not influence the evaluations in our reviews. Learn more by reading our Advertiser Disclosure.

WebTribunal.net is an independent review site dedicated to providing accurate information about various tech, financial, and business-related services. WebTribunal.net remains financially sustainable by participating in a series of affiliate partnerships - if a visitor click on link toward a product and purchases it, WebTribunal.net receives a commission that covers the expenses of running this site. Affiliate partnerships may affect where a particular product is listed within a ranking page, but they don't affect the reviews' content in any way. WebTribunal.net's in-house writing team creates all of the site's content after in-depth research. Advertisers have no control over the personal opinions expressed by team members, whose job is to stay faithful to the truth and remain objective.

So, you're looking for an awesome website name generator.

Considering the fact that there are a plethora of such tools online, how can one be sure to choose the best one?

Well, worry not – we have you covered.

Make sure to carefully study each of these options because these tools are not the same – each offfers specific features, but not all of these will appeal to your website. 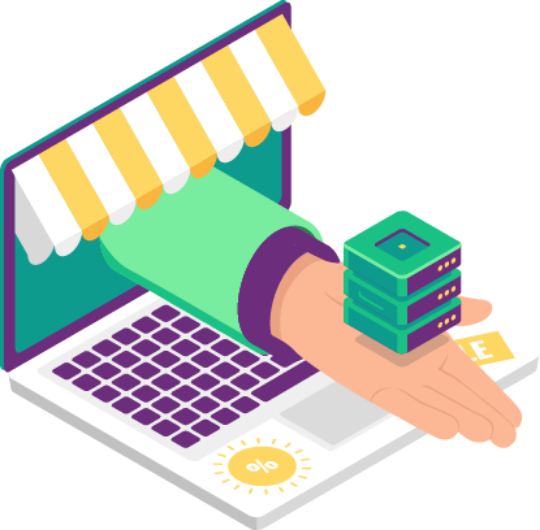 Have you ever wondered how Google got its name? What does the word “Google” mean anyway?

“Google” wasn’t actually the first name to be considered by Larry Page and Sergey Brin, its original developers. They first thought about calling their search engine “BackRub”. This was meant to be a wordplay on the fact that the engine analyzed backlinks to rank its search results.

These guys are great but not exactly the best domain name generators around, so it took them a while to see “BackRub” didn’t scream success.

Luckily, the name just didn’t rub them right (if you’ll pardon the pun), so Sergey and Larry began gathering other ideas for naming their brainchild. After some brainstorming, the word “googolplex” was brought to the table by a friend of theirs, and the word “googol” soon followed.

For those of you wondering, a googol is a ridiculously high number – 10 followed by hundred zeros. And googolplex is even bigger – it’s 10 multiplied by itself a googol times!

Because there was no available domain names generator at that time that would suggest a better name, “Googol” appealed to the co-founders, but none of them seemed to know how the word is spelled since they spelled it “google”. By the time they became aware of the mistake, they had already grown fond of the new word, and so Google got its unusual name.

Now it would be nearly impossible to imagine Google being called anything else, especially BackRub. Had it retained its original name, it’s debatable if anyone would have taken it seriously enough and if it would have ever reached the momentous popularity it enjoys now.

And that is the importance a name can have in the success of any project.

A good domain name can mean a world of difference to the growth of your site.

This article covers how to find a good domain name. The best domain generators listed here will help you do exactly that without worrying that the name is already taken.

Word of advice: start searching for a domain with these tools only when you are ready to register. Choose one of the best domain name hosts you can hope for, set aside some $30–50 (it may be worth it to register a couple of promising domains for several years), and go for it.

Nameboy offers quite a lot of options and suggestions beyond the .com extension, and you can even ask for rhyming domain names, which naturally tend to get lodged in people’s heads. As you can see, it is a great example of a catchy website name generator. Beyond that, it allows for both hyphenated and non-hyphenated names, and it lets you use two seed keywords, which opens up many more options for you. It’s quite easy to use and sophisticated enough to appeal to more experienced users.

Bustaname is a very popular option for picky customers who like to carefully choose a name for their website. This is a good website name generator for those in need of fine-tuning their requirements. You can add a series of parameters if you so desire. You can select the kind of extension you want, character limit, how the name starts or finishes, and much more. You’re even free to determine how natural you want your domain name to sound. Just type in your keyword, set these specifications to your liking, and choose from a wide selection of domain name ideas. And if you don’t have any idea how to name your website, you can turn to Bustaname’s random domain name generator to give your inspiration a gentle nudge.

Slight relief for those feeling overwhelmed by the complexity of the first four domain generators listed here, Domain Puzzler seems much more welcoming to newcomers, all the while retaining a great deal of precision and a slew of options. It is considered to be the best domain name generator for newbies, and is divided into four categories – easy, advanced, magic, and page rank. The easy option just lets you type in your keywords and select the extension you like, and then will show you if that particular domain name is available. The advanced mode can combine multiple keywords. Magic mode suggests many combinations of keywords based on searches, and page rank compares your selected domain names.

Don’t let Domain Wheel’s simple design fool you – there’s a lot of power behind this business and website name generator. It can be considered a bit of a creative domain name generator, and it aims to make name searching a fun experience for you. It’s easy to use, and it offers some options to make your search more specific. It is a perfect solution for you if you don’t have much time to spend searching for the best name for your business’s website. However, the amount of options Domain Wheel offers may not please everyone, especially the perfectionist types out there. While there are certainly handy tools to help you out, it lacks the laser precision some might expect from a website domain generator. Nevertheless, we believe that this one is definitely worth trying, as it could suggest a solid name for your brand and business without too much hassle. 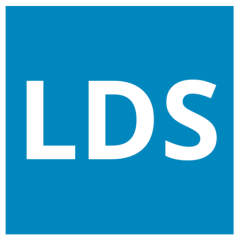 Lean Domain Search was designed and developed by the people who brought us WordPress. Just in case you are not aware, WordPress is currently one of the most popular blog and website building tool in the world, used by millions of individuals and businesses worldwide. With that kind of team taking the reins, it’s no wonder that this is one of the best domain name generators you can find. It’s easy to use and easy to squeeze a lot of ideas out of. Simple as it may appear, Lean Domain Search actually sorts your input based on a series of criteria like length, popularity, and availability, to name just a few. It’s just right for those who have no idea for a domain name but do have some keywords that they wish to be associated with their website.

Functioning as both an available domain name finder and a free domain name search tool, DomainTyper is a great tool for finding a free instance of your ideas. It tells you which extensions are taken, and it can directly take you to the site of the same name that already exists. It also works in real-time, so the results appear as soon as you finish typing. You can also enjoy the domain hack option DomainTyper has on offer. It creates a version of what you wrote down with certain symbols interrupting it. For example, cats may become ca.ts. This works for you if you’re dead set on going with the exact domain name you originally set out to use.

Panabee is a terrific domain and business name generator and a domain name search tool to boot. It’s intuitive, and you can get a lot from it. All you have to do is type in a word or two to describe your idea, and Panabee presents you with a plethora of ways to put those two words together, altered, or otherwise. Abbreviations, switched or shared first letters, backward spelling – you can choose between any of these options. And if a name that caught your eye isn’t available, the GoDaddy domain name generator has a feature to show you other available domain extensions. It also sports a very visually pleasing design that can grab visitors’ attention fairly quickly.

The Parameters of a Good Domain Name

Before you get to use a domain name generator, you should first come up with good ideas. If you wish to make the most of your domain name, you need to make sure that it meets specific criteria.

Domain names don’t only make the internet go round but also are the bedrock for successful SEO strategies. To capitalize on the name value, it’s a good idea to abide by the following metrics:

As you can see, Web Tribunal breaches two of these guidelines but abides by the other three. That’s good.

Domain Name Generators to the Rescue

These tips can greatly help you in forging your bullet-proof brand name. However, all this is far easier said than done. There are over 339 million domain names out there, so the many catchy names for websites are already taken. This can make the process infuriating, at least if you do it on your own.

But there are tools that will help you ease the frustration.

If you’re wondering how to find a good website name, name generators can help you find the perfect solution for your domain pain.

The procedure is basically the same for every suggestion tool, and it’s pretty simple – you type in your idea for the domain name and are soon greeted by a multitude of viable and available suggestions based on what you typed.

The suggestions above should be more than enough to satisfy your needs to choose a proper name for your professional, good-looking website. What we listed above is considered to be the top 8 best domain name generators one can come across.

As mentioned earlier, a name holds heavy significance in the business world and could mean life or death to a starting website. It’s perfectly natural to worry and even obsess about the quality of such a name, especially when so many good ones have been taken away.

But finding a domain name becomes so much easier with a good name suggestion tool. And here you learned about the top of the cream in that realm. This guide has covered name generators for websites, but you should know that each of these tools could be observed as a solid blog name generator as well.