A 2022 Beginner’s Guide To Crypto: All You Need To Know About How And Where Bitcoins Are Mined!

Even after all these years and the appearance of so many new cryptocurrencies, Bitcoin still remains the biggest and most relevant of them all.

Despite its huge value fluctuations, it’s still highly desirable and people can’t be stopped from investing both time and money in it. Moreover, everybody wants to mine their bitcoins as well.

So where are bitcoins mined? The cryptocurrency may be great for anonymity but this topic needs no secrecy—people need to know how it’s created and distributed.

That’s exactly what we’re going to cover today… that and many other burning questions about bitcoins. Before we start, however, keep in mind that such a venture is not entirely legal in every single country.

How is Bitcoin Mined?

If you’re still wondering whether or not you should start mining, you’re at the right place.

Getting over the basics is crucial for understanding the mining procedure.

1. Bitcoins are created through mining.

Acquiring them sure sounds tempting, but it’s time we learned how bitcoins are created. Just like the title suggests, they’re created by “mining.” In layman's terms, that means that computers are solving complicated math problems to find bitcoins. This usually requires very strong, if not specific, hardware, which is extremely costly as well, but we’ll get back to that later.

Now that you know what mining Bitcoin is, the next important thing to grasp is the hardware part. In short—it’s so demanding that if you want to mine, you’re better off getting special hardware for this sole purpose.

ASIC (application-specific integrated circuit) miners are designed to mine a single cryptocurrency, though, so you have to choose wisely. That means that the ones who go for a Bitcoin ASIC can only mine BTC with it.

As it’s specifically created for that, ASIC is where Bitcoin is mined most efficiently. Besides that, its disadvantages cover its price and energy consumption as well. Some might argue the price is not that high, as ASICs usually generate twice as much money as standard GPUs.

3. It takes at least 10 minutes to mine one Bitcoin.

Many who have ever considered taking up Bitcoin mining only want to know one thing. That is—how long does it take to mine 1 bitcoin?

According to Investopedia, it can take as little as 10 minutes. However, that would require both ideal hardware and software (and tons of luck). Hardware alone is so expensive, so you’re better off forgetting all about this. All in all, even if you do own a larger special setup, 30 days remains the more realistic estimate.

Anybody can mine bitcoins.

For what it’s worth, many people do.

Both individuals and companies rush to take as many as they can. There are some caveats to this, however.

As the saying goes—if it were easy, everybody would do it. Mining would have been even more common if it wasn’t so expensive. Not only do electricity bills soar sky-high, but the hardware costs also do.

You need expensive hardware to set up a solid home Bitcoin mining farm. We’re talking about a sum of $10,000, if not even more. Did you know that powerful graphic cards are so in-demand (as well as incredibly pricey and even hard to find) now due to crypto mining that Nvidia’s stocks and revenue jumped up 46%? We would not be lying if we said that you’d need a supercomputer to mine the famous cryptocurrency.

5. Bitcoin mining is not as profitable as it might seem.

Another burning question is whether you can even be profitable mining and trading bitcoins in the first place. It depends on where Bitcoin is mined, but electricity tends to be very expensive. Mining hardware uses up so much of it that it’s often just not worth it.

6. The Chinese town of Dalian used to be the biggest bitcoin miner in the world.

China was formerly the biggest provider of bitcoin in the world. So it’s not surprising that a Chinese city would be the world’s biggest Bitcoin farm. The town of Dalian used to mine 750 bitcoins every single month. That’s equal to 3% of the world’s bitcoins!

More often than not, entire countries are compared from a Bitcoin wealth standpoint. Here are some stats that are made possible thanks to said comparisons.

7. If all the farms where bitcoins are mined would form a single country, they’d be the 61st biggest energy consumer.

Bitcoin networks have untold computing power. They also happen to use a whole lot of energy. Did you know that these networks allegedly have the power of more than 3.7 million supercomputers? That explains how come Bitcoin farms use more energy than most countries.

8. The US is now the biggest mining hub after the Beijing ban.

Overall, the recorded hash rate in the US was 42.7%. Kazakhstan took second place with a hash rate of 18.1%. Russia and Canada followed, but with only 11.2 and 9.6%, respectively. They’re tremendously behind, but China is even far worse than that now.

9. China was the largest Bitcoin mining country before the 2021 ban.

China used to be the best place to mine crypto due to easily available electricity and huge farms. What’s even more impressive is that in September 2020, its hash rate alone was 67%. And while it did fall before the said ban, it was always at a high level.

So what happened? According to Bankrate, the rise of speculative trades and financial risks encouraged the Chinese government to make this drastic move. Not to mention that Bitcoin is outside of governments’ control.

The most shocking part about the infamous ban is the aftermath. Following these events, China’s hash rate quickly fell to zero percent. Even worse, it still remains there.

This opened up loads of space for other countries, primarily the US. That’s exactly what we’re moving on to now.

Bitcoin Mining in the USA

With China out of the picture, America is now by far the biggest BTC farm.

Its competition is not even close.

As such, there are many interesting facts to go through and questions to answer about the leading miner.

11. Bitcoin is legal in the United States.

Though, you probably already know this. So there is another question of higher importance here. Is Bitcoin mining legal in the US? Yes, it is. Some states might be more friendly towards crypto than others, but it’s unlikely that America will ban it anywhere, as it still remains highly influential.

The only Bitcoin-related thing that’s illegal in the US is the pump-and-dumps. Other than that, even promoting cryptocurrencies is accepted.

New York alone nearly holds one-fifth of the US’ mining computing power. Despite that, it’s a pretty close race between the top 5 Bitcoin miners in the US.

Kentucky and Nevada are especially close, with hash rates of 18.7 and 17.3%. Texas has a 14% hash rate, while Nebraska takes fifth place with 10.4%. Neither of the rest of the states goes much above 3%.

13. Nevada, Florida, and California are the most crypto-friendly states in 2022.

Nevada is on top not only because cryptocurrency is entirely legal but also because blockchain technology cannot be taxed. It ranked 10th in terms of cryptocurrency job postings.

Just like Nevada, Florida has good relations with cryptocurrencies. It ranked second because it has many cryptocurrency-friendly merchants as well as Bitcoin ATMs.

California ranked 11th in terms of job postings on crypto per 10,000 listings, just below Nevada. Because of that, it’s also among the largest Bitcoin mining counties in the US. Additionally, it has a few more Bitcoin ATMs than Florida.

Last but not least, there are many interesting statistics on blockchain and the distribution of bitcoins.

They’re known as a finite resource, so it’s important to hop in before its blockchain halves.

14. Out of all 21 million bitcoins, over 19 million are in circulation.

Just in case you didn’t know, the maximum number of bitcoins in the world is 21 million. That’s how many can hypothetically circulate at the very most.

15. As of February 2022, the average daily Bitcoin mining global revenue was around $41 million.

The overall crypto number is still unknown, but can we at least tell how much Bitcoin miners make?

We hate to be the bearer of bad news, but it’s impossible to place an accurate claim. The world’s biggest cryptocurrency is simply too volatile to calculate miners’ revenues. What we do know, though, is that the global revenue nears $41 million per day.

16. When it comes to companies, Riot Blockchain Inc. is one of the biggest Bitcoin miners.

It also happens to be publicly traded. As of February 2022, its market cap was at around $1.8 billion, while its share was worth just $16. Keep in mind that this is a Bitcoin stock, so the price of its share depends on the price of the Bitcoin. Just like how US News underlined, it’s a great investment if you believe BTC will rise again.

So, where are bitcoins mined? That depends on who solves enough complicated equations first. The real question, though, is whether or not it is profitable enough. The only sure thing here, ironically, is that nobody can know for sure.

When all is said and done, if you still find this tempting, you’re better off just trying it out yourself. If you really do, keep in mind that it’s a risk, and you may not profit at all. 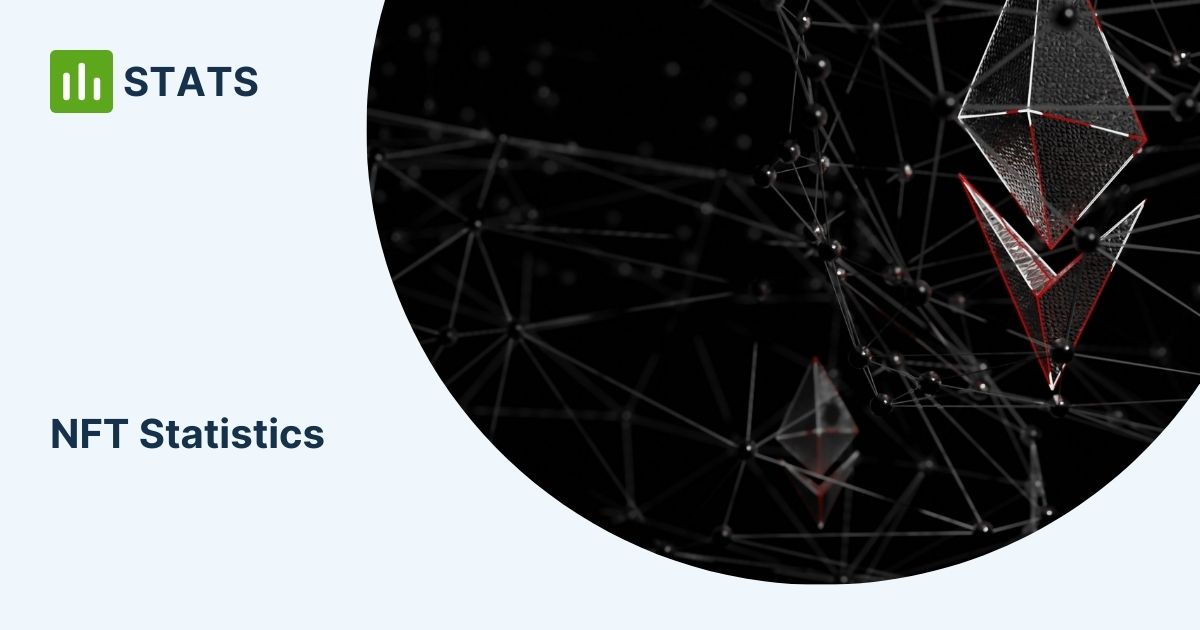