What Is the Rarest Mob in Minecraft?

Minecraft is a game full of surprises.

One of the best parts is to track down all the different and unexpected mobs in the world.

Some, like chickens, skeletons, and squids, you'll see often, but others are so rare that it can be quite the challenge to find.

Stick with us to discover the rarest mobs in Minecraft and the odds you'll come across them in your adventures. 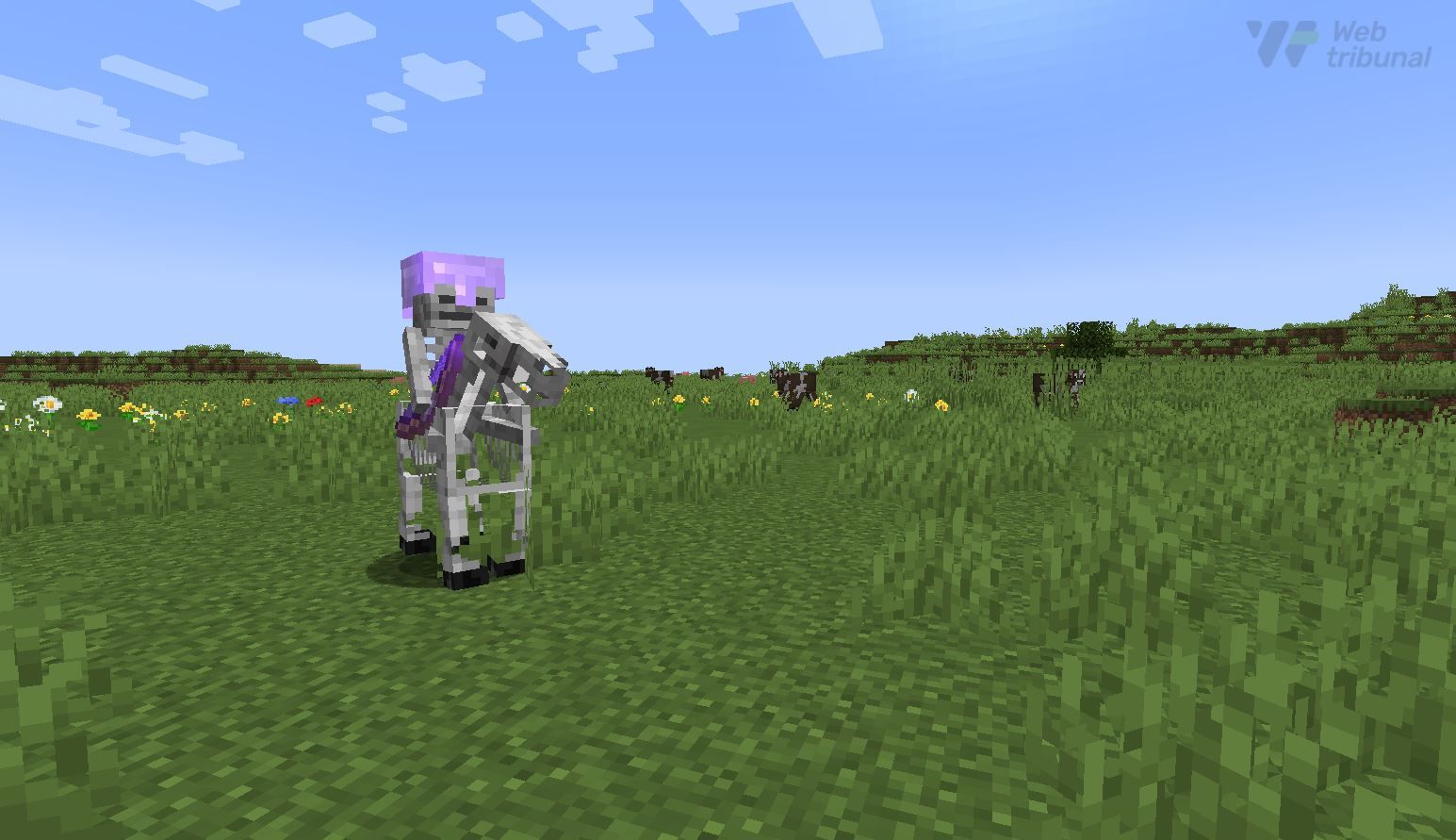 What Is a Mob in Minecraft?

Each type has its unique characteristics, behaviors, level of hostility, and spawn rate.

For example, spiders are arthropods that climb walls and spin webs, while zombies are the undead remains of beings craving human flesh. Both of them will attack you on sight.

Alternatively, most animals are passive and tamable. They'll run if you attempt to kill them but can be domesticated by feeding them their favorite food.

If you're feeling up for it, you can gather your friends on a server and go hunting for the rarest animal in Minecraft.

You may interact and trade with villagers and even employ them for particular jobs.

What Is the Rarest Mob in Minecraft?

Now that we know a little bit more about mobs let's take a look at the unique entities in the game.

Endermites are the smallest hostile entities. They're tiny, black, and have a body similar to a spider.

These rare mobs will attack you if you get within a 16-block radius and fight back any entity that tries to hurt them.

Endermen always become angry when they see an endermite.

When killed, these tiny creatures don't drop anything but experience orbs.

Pandas, in general, are pretty rare in comparison to other animals in Minecraft. They have varying appearances depending on their personality.

Pandas spawn in groups of a maximum of two in jungle and bamboo jungle biomes. The possible personalities are normal, lazy, worried, playful, aggressive, weak, and brown.

Even though brown is categorized as personality, these pandas don't act any different from the normal ones but have frowning faces.

They're neutral, but, if attacked, they'll hit back once, similar to llamas and bees.

You've probably seen the popular video of screaming goats. But did you know you can also hear these weird mobs in Minecraft?

Goats spawn in the mountain biomes, and a small percentage of them tend to let out loud, chilling screams instead of the normal noises.

Otherwise, they behave like regular goats, but they ram more often.

Goats jump quite high to avoid obstacles and ram into stationary targets at different intervals, including passive or hostile mobs and players.

An interesting fact is that hostile entities don't fight back when hit by a goat.

The Skeleton Horse is among the rare hostile Minecraft mobs. It only spawns when a bolt of lightning generated by a thunderstorm hits a horse.

It's one of the fastest means of transportation in the game. It can also jump five blocks upwards, so fences aren't an obstacle.

It may also appear with a skeleton, stray, or wither skeleton riding it. If the rider is killed, the horse becomes passive and tamable.

The axolotl is a tameable animal found in lush caves. It's one of the cool mobs in Minecraft, and it can swim in water or crawl when on land.

However, it doesn't wander more than nine blocks from the water.

Axolotls could be pink, cyan, gold, brown, or blue, the latter being the rarest kind.

They make valuable companions if you're exploring underwater as they'll attack any hostile mob threatening you. When hit, it can regenerate health.

The charged creeper is a dangerous foe capable of dealing massive damage to players, mobs, and structures alike. Fortunately, it's among the rare mobs in Minecraft.

A charged creeper only spawns when lightning of any source hits within four blocks of a creeper. They're distinguished from their regular counterparts by their bright blue aura.

Both types behave similarly, but the charged explosion is twice more substantial.

If you encounter one of these creatures, it's important to exercise caution and keep your distance.

With their high health and explosive power, they're definitely not to be taken lightly!

Mooshrooms are cow-like entities covered in mushrooms that only spawn in the mushroom fields biome.

You'll see these rare Minecraft animals passively walking around with no purpose.

They're predominantly red, as the brown variation is only generated from lightning hitting a red one.

Additionally, the Minecraft probability chart shows a tiny chance (1/1024) to get a brown mooshroom by breeding two red ones.

Like regular cows, mooshrooms drop leather and raw beef when killed and can be milked.

However, if you use a flower on them, you'll get a suspicious stew next time you milk them.

Zombies are hostile mobs that appear commonly in all biomes at night. They attack in groups and deal melee damage.

However, there's a varying chance a zombie will appear wearing a different number of armor pieces. They could be from any material but netherite.

The rarest hostile mob in Minecraft spawns with a full set of diamond armor.

Unlike a player's armor, this one doesn't wear out, but when the zombie is killed, there's only an 8.5% chance that it would drop as loot.

If it does, it'll be with random durability stats.

Sheep can be domesticated and used as a source of meat and wool. They generate in grassy biomes and aren't particularly rare things to find in Minecraft.

While they can be dyed in any color in the game, naturally, they come in six hues — white, black, gray, light gray, brown, and pink.

The adult pink sheep has a very low spawn rate of 0.1558%. However, the chance of coming across a baby sheep with a pink hue decreases drastically.

However, keep your eyes open when you're roaming around, and you might get lucky.

Now, here's where things get complicated for MC mobs.

As we discussed above, the chance of a zombie appearing with a full set of diamond armor is about 0.04%. It's even less if it's enchanted.

The odds continue to go down if the mob carries an enchanted sword beside the armor.

So, all of this combined makes a baby zombie chicken jockey with full enchanted armor and an enchanted sword.

That's the rarest mob in Minecraft, which is highly unlikely but still possible to see.

Now you know what the rarest mob in Minecraft is and can go ahead and explore the world to find it.

If the armored baby zombie jockey isn't what you want, unusual axolotls and sheep will make a nice addition to your pet collection.

So if you're ever feeling frustrated while playing, remember that there are always plenty of creatures to have fun with. 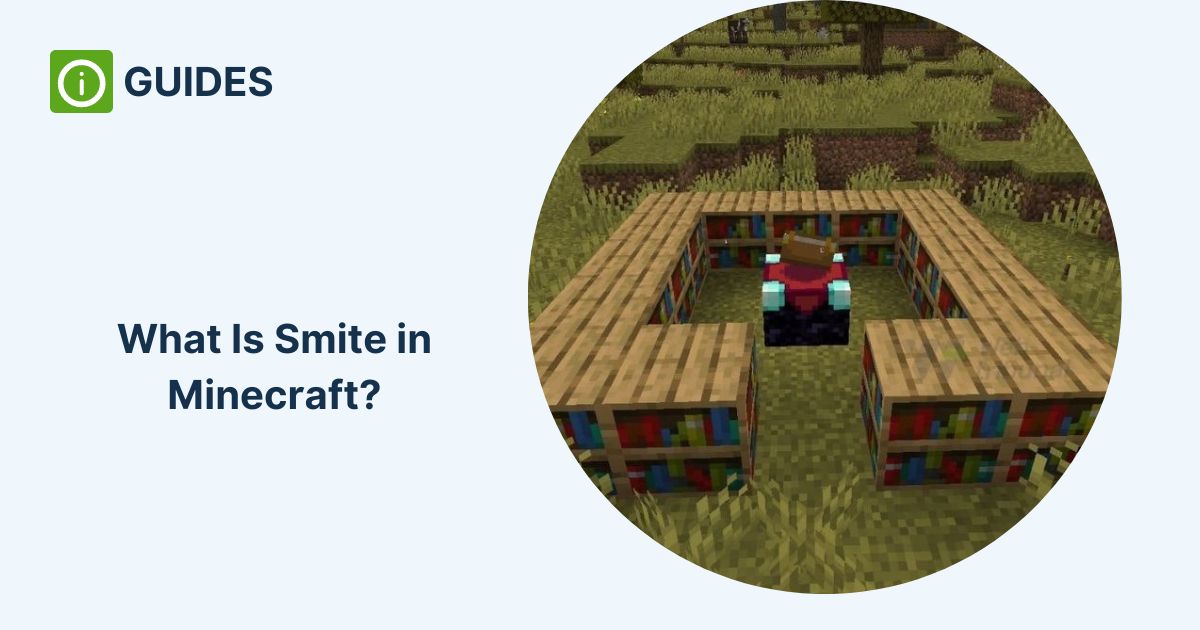