11+ Volunteering Statistics To Appeal to Your Charitable Nature

If volunteerism were paid, it would generate over $200 billion in economic activity.

Nearly a third of the country’s adult population actively volunteers for one cause or another. Combined, they spend billions of hours volunteering every year, helping charities, organizations, and institutions achieve their goals.

But things get even more interesting when we break down some of these volunteering statistics by geography or generation to see who’s really charitable and who isn’t.

The Value of Volunteer Time

Volunteering may be free, but the work you do still has value.

Alas, you won’t receive any amount in monetary compensation for your charitable efforts.

Still, you can play a fun game: read the stats below and calculate how much you’ve given to your community over the last year using the appropriate rates.

1. On average, people in the US dedicate 137 hours to volunteering every year.

How many hours of volunteering is good?

Any number, really. Even one hour can be of great help. As it is, though, only 13% of volunteers devote more than 20 hours monthly to charitable activities.

Although, of course, the number of hours people dedicate to paid work seems to impact the amount of time they devote to volunteering.

For instance, the vast majority of employed people (74%) volunteer for fewer than 10 hours a month. Yet more than a third of retirees (38%y) dedicate at least 11 hours monthly to volunteer activities.

Furthermore, volunteering statistics suggest that those aged 65+ boast a median of 94 hours annually. For comparison, the median volunteering time for adults in their twenties and early thirties is just 36 hours.

Now, let’s do some math.

In the US, people dedicate a cumulative 6.9 billion hours to volunteering every year. And if every hour is worth $29.95, then it’s reasonable to conclude that volunteerism across the US is worth $206.65 billion annually.

Volunteering in the US: Who Are the Most Charitable Souls?

So, if not for good samaritans offering their services for free, countless organizations would either need to find a way to provide remuneration or would (more likely) cease to exist.

However, as you saw above, not everyone chips in equally. Age or employment status aren’t the only things that impact people’s willingness to devote their time to charity—there are other demographic factors at play.

Let’s look at the details.

3. Before the pandemic, 77.9 million people in the country volunteered.

Furthermore, it’s quite an improvement compared to 2014-2015, when the number of volunteers in the US was just 62.6 million people (merely 24.9% of the population).

Alas, the pandemic and subsequent lockdowns brought that number down. Only 23% of volunteers were able to continue as before. Unfortunately, 66% either reduced the time they dedicated to charitable organizations or completely quit.

What about the remaining 11%?

Curiously, they managed to volunteer more than before the pandemic.

Now that the COVID-19 crisis is over, though, maybe the numbers will return to pre-pandemic normal.

Fun fact: Being unable to go out didn’t stop people in the US from helping out those in need. People donated a total of $41,155,500 via GoFundMe to make sure everybody had access to food during the pandemic.

4. Utahans are more charitable than people from other states.

Volunteer statistics by state show that 51% of Utahans actively volunteered, and 66.9% donated at least $25 to charity in 2019.

It could be because it’s the state where a majority of Mormons live—in fact, over half of the state’s population is a part of The Church of Jesus Christ of Latter-Day Saints—or maybe because 63.5% of parents in Utah volunteer, and leading by example actually works.

Whatever the case may be, the fact is that Utah is home to 1,152,208 volunteers who collectively contribute 133.9 million hours of service (which are worth $3.2 billion) annually to causes they support.

In the US, volunteer activity is the lowest in the state of Florida. And when we say lowest, we mean it—Floridians are less than half as likely as Utahans to volunteer.

Not only do just 22.8% of them engage in volunteerism, but a mere 19.2% participate in a local group or organization, and only 23.6% say they’ve done something positive for their neighborhood.

However, Florida is one of the most populous states. This means that, despite the low engagement, it’s still home to 3,876,534 volunteers who dedicated 340.7 million hours (worth $8.2 billion) to community service in 2019—that’s double Utah’s results.

Fun fact about volunteering in America: Big states tend to have lower percentages of people who volunteer. New York (25.3%), California (25.4%), and Texas (28.4%) illustrate this trend well.

For one reason or another, volunteering is significantly more common among women than it is among men.

Statistics show that there are 32.7 million male volunteers across the US (26.5% of the adult male population). For comparison, a whopping 44.6 million women volunteer (33.8% of the female population).

Statistics on the Benefits of Volunteering

An obvious benefit of volunteerism is that you help other people.

By cleaning up a park, cooking for a food bank, or teaching a skill, you contribute to the betterment of society.

But for those who don’t like doing things for free know that there are other, more tangible benefits of volunteering, too.

7. 60% of hiring managers consider volunteerism as a “valuable asset.”

Volunteering for charities (or any other organizations, for that matter) doesn’t have to be all about you helping others—they can help you, too, albeit indirectly.

A study found that 60% of hiring managers consider volunteerism as a “valuable asset.” In short, it’s better to have it on your resumé than not.

It makes sense when you think about it—someone who has experience with volunteering is likely to be more giving and selfless than the average person, and most companies would be happy to hire such people instead of those who are just in it for the paycheck.

8. 39% of people will volunteer at an organization before donating.

One of the many benefits of volunteering is that people who’ve spent some time helping an organization are likely to support it financially, too.

Granted, the majority of people (53%) will donate before—or without ever—volunteering for a cause. This is understandable, as donating money is much easier and less time-consuming.

However, 39% of people will only donate after volunteering. By helping out and meeting the people running the organization in question, the people volunteering can evaluate whether it’s trustworthy and deserving of financial support.

Interestingly, 5% admit to donating less than they would if they didn’t volunteer at a given organization. An additional 8% of volunteers refuse to make donations to organizations where they help out.

And we at Web Tribunal completely understand where they’re coming from. After all, all the time they devote to the cause is valuable enough.

9. 72% of volunteers support one single cause.

There are thousands of volunteer opportunities for those willing to do a good deed, but it seems the vast majority of people (72%) prefer to take on a single opportunity at a time.

A mere 18.3% report being involved with two organizations at the same time, and just 6.4% volunteer at three.

Interestingly enough, it seems the more educated people are, the more likely they are to commit to more charitable causes. For instance, while just 9.5% of the volunteers without a high school diploma serve at two or more organizations, the same is true for 36.2% of university graduates.

Fun facts about volunteering: Education doesn’t only impact the number of organizations a person is willing to commit to, but also their likelihood to engage in volunteering activities in general. For instance, 9.8% of those with a college degree will volunteer on any given day, but only 4.1% of high school graduates will do so.

We’ve already established that age is a factor when it comes to how long and how likely people are to volunteer, but let’s dive deeper into the generational divide.

What types of organizations is each generation supporting? How do they show their support?

Read about it below.

10. Gen Xers volunteer the most.

Well, it actually depends on how you define “volunteer the most.”

Gen X, which includes those born between 1965 and 1984 (now 38-57 years old), has the highest volunteering rates—36.4% of the members of this cohort spend a combined 1.8 billion hours doing charitable deeds every year.

However, baby boomers like to volunteer, too. Granted, a smaller percentage of them do it  (30.7%), but they boast a collective 2.2 billion hours.

Why do boomers put in more hours than Gen Xers?

Probably because they have more free time. About 10,000 boomers reach retirement age every day, which means paid work doesn’t absorb their time and energy anymore.

11. Millennials are three times as likely as previous generations to volunteer for political parties and advocacy organizations.

Usually, the reason why people volunteer is that they want to support an organization or a cause (or, more likely, both). The most common type of organization in this regard is of a religious nature, but there are also political parties and advocacy organizations that are eager for helping hands.

The last two have become particularly popular among millennials. Compared to baby boomers and Gen Xers, members of the younger cohort are nearly three times as likely to help out at one of these volunteer causes.

And they say young people don’t care about politics!

Fun fact: Millennials aren’t only politically invested, they’re also socially conscious consumers. The majority of them (81%) expect the brands they support to support charitable causes themselves.

12. Alas, it’s millennials who are less likely to donate to charity.

There have been many times when volunteers made a difference; there have also been many occasions when monetary donations helped just as much.

In this regard, baby boomers and members of the Silent Generation are the most generous—62.5% and 61.5%, respectively, donate to charities. Approximately 58% of Gen X do, too.

Young people, however, aren’t as willing to part with their money. Just 11.6% of millennials and 19.5% of Gen Z have donated over $25 to a charity.

To be fair, though, they are the youngest (aka less wealthy) generations, so maybe it’s not a hardened heart that’s behind their lack of volunteerism or reticence to donate.

Volunteering has the power to change people’s lives.

If you haven’t had the opportunity to do it before—or if you did but, for whatever reason, had to stop—then, hopefully, this list of volunteering statistics can encourage you to find an organization that you like and dedicate a couple of hours to helping out. 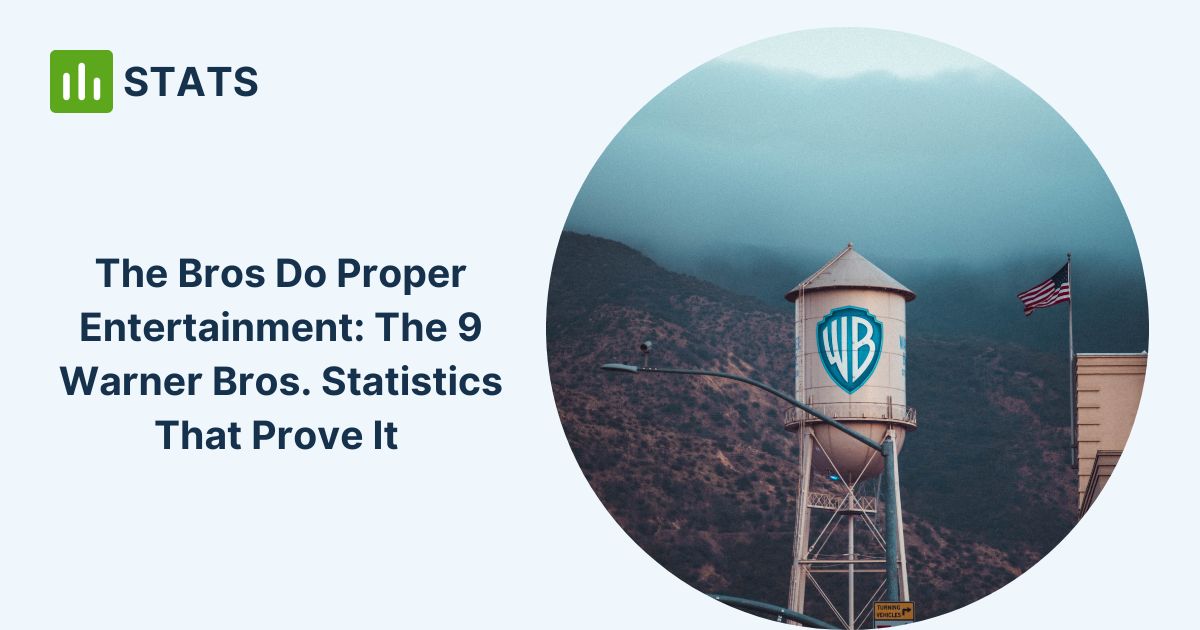