Procrastination doesn’t afflict a small portion of the population, while the rest are left unscathed. Quite the contrary, we all might have a tendency to procrastinate.

Delaying responsibilities and instant gratification are such alluring notions that we constantly have to battle against them.

So, perhaps understanding better the numbers reported in the latest procrastination statistics can help all of us to become just a little bit more efficient.

The Most Delayed Procrastination Statistics of 2022

There are so many distractions nowadays—streaming, social media, gaming apps, emails, and long-distance video calls, to name a few—that sitting down and getting work done is more challenging than ever.

Let’s see how bad the issue really is.

1. Chronic procrastination affects up to 20% of adults.

And that’s just chronic procrastination—i.e., postponing an important task on a constant basis to a detrimental point—but if we expand the scope to include “mild” and “average” procrastinators, the percentage of affected adults will certainly spike up (up to 95%).

Studies suggest that people nowadays procrastinate four times more than they did three decades ago. We kid you not, the situation has gotten so bad that 74% of people even postpone sleeping. Yep—they simply stay up, doing nothing, until past their self-appointed bedtime at least once a week.

2. Nearly all severe procrastinators consider it to be a problem.

Approximately 97% of severe procrastinators admit that delaying an important task as much as they do has a negative impact on their lives. Fortunately, 35%-38% of them are willing to ask for help dealing with this issue.

For comparison, only 42%-48% of those who procrastinate occasionally think they have a problem and are, therefore, less likely to ask for help (only 7% would).

Not all time management issues are due to laziness. Sometimes people’s tendency to delay doing important activities is a symptom of a deeper problem.

Let’s explore some of the reasons behind procrastination and how such a habit relates to mental health.

3. There are three main types of procrastination.

4. The majority of procrastinators (70%) are less happy than average.

Procrastination research has shown an undeniable connection between an unnecessary postponement of activities and mental health problems such as:

There’s even something called the procrastination-depression cycle. It starts spinning when depression makes you feel unequal to completing a task and then feel guilty for not doing it. The two anxiety-inducing emotions deepen your negative state of mind, which makes you (again) feel unequal to a task, and so on.

In other words, procrastinators are less likely to feel happy than non-procrastinators. Almost all of the former (94%) admitted their happiness had taken a hit due to their proclivity to delay tasks.

5. There are three major factors behind procrastination.

6. Half of the procrastinators tend to self-handicap.

Self-handicapping is when someone avoids making an effort so as not to be disappointed if it turns out badly. In other words, not trying equals not failing.

Procrastinators tend to self-handicap both in private and in public settings. Non-procrastinators, for comparison, aren’t as likely to engage in this type of behavior (49.1% vs 30.2%).

Fun fact: 40% of people lose money due to procrastination.

7. 26.9% of Chinese medical students have depression symptoms that are correlated with bedtime procrastination.

What are the reasons for procrastination in this case?

Basically, all of us (not just Chinese med students) have a tendency to stay awake and “make up” for the lack of leisure time by taking it away from sleep. Some call this “revenge bedtime procrastination,” as this is the way for people who had long, stressful days to get a bit of personal enjoyment finally.

COVID-19 had us working, studying, and entertaining ourselves (almost) exclusively at home, and, for many people, the lines became blurred. A combination of stress and sleep procrastination led to 40% of the population struggling with sleep, with women and students being the most affected groups.

Add on top of that a natural proclivity towards procrastination…sleep usually ends up in the bin.

8. Almost half of the students lean towards severe procrastination.

46% of students are affected significantly by the consequences of their habits in most or all spheres of life (i.e. professional, emotional, social).

When we talk about college students specifically, up to 95% of them are affected by procrastination. High school students, on the other hand, seem to be less likely to postpone doing things, with only 86% of them admitting to procrastinating assignments.

Fun facts about procrastination: 47% of students who procrastinate have evaluation anxiety, and an additional 23.5% have oppositional sentences (they clash with authority).

9. 44% of students are worried about how much they use the internet to procrastinate.

Most of them (74%) believe that the internet and, specifically, social media are the causes of procrastination—or, at least, significant factors at play.

64% report that social media alerts pose a challenge to their concentration while studying. For comparison, only 14% believe that TV distracts them significantly.

Fun fact: Social media is designed to keep your attention as much as possible. YouTube automatically plays the next video it thinks you’ll like, Snapchat stories disappear after 24 hours, Twitter sends you notifications about other people’s tweets… It all makes you (directly or indirectly) want to procrastinate a bit more.

An interesting procrastination study showed that when it comes to foreign college-goers, the more proficient they are in English, the more likely they are to procrastinate— 67% more likely, to be precise. Similarly, the more the students use collective coping mechanisms, the less likely (44%) they are to delay tasks.

But how does procrastination affect employees?

11. Employees tend to get 26% of the work done after office hours.

You see, a full-time employee usually spends at least eight hours in the office, but there are plenty of distractions that keep them from doing what needs to be done. So, they take time away from leisure and/or sleep to complete work activities.

According to work-related procrastination stats, the majority of the workforce agrees that the three main distractions are:

Plus, office workers spend an average of two hours a day reading and composing emails, so it’s no wonder eight hours a day aren’t enough.

All in all, procrastination takes up 25% of people’s workdays.

Fun fact: As of 2022, people worldwide exchange a combined 333 billion emails every day. Granted, automatic email solutions and bots account for a big chunk of those, but that still leaves plenty of electronic letters for employees to wade through.

12. Just 11.8% of employees claim they don’t procrastinate. At least not for more than an hour.

A procrastination survey found that about a third of the workforce avoided doing what they were supposed to be doing for one hour or two. Another third did so for 2-3 hours. The remaining workers reported varying procrastination tendencies, with 3.4% of them admitting to ignoring their work responsibilities for more than five hours a day.

Unsurprisingly, statistics from 2019 show that procrastination is less pronounced among entrepreneurs than employees. However, you may be taken aback by the minuscule difference: just 76% vs 80%.

In the end, we have to be careful not to talk about procrastination exclusively in pathological terms. Procrastination, much like laziness, can be simply a manifestation of a general human hedonistic tendency.

That said, not everything in life is work. The point, after all, is not to become a superhuman anti-procrastinator—just someone who doesn’t let distractors get in the way too much.

Let’s see how much we manage to improve the global procrastination statistics by the time September 6 (the next Fight Procrastination day) comes around.

This video by the gloriously hilarious Tim Urban might help along the way.

Oh, did we just lure you into more procrastination? 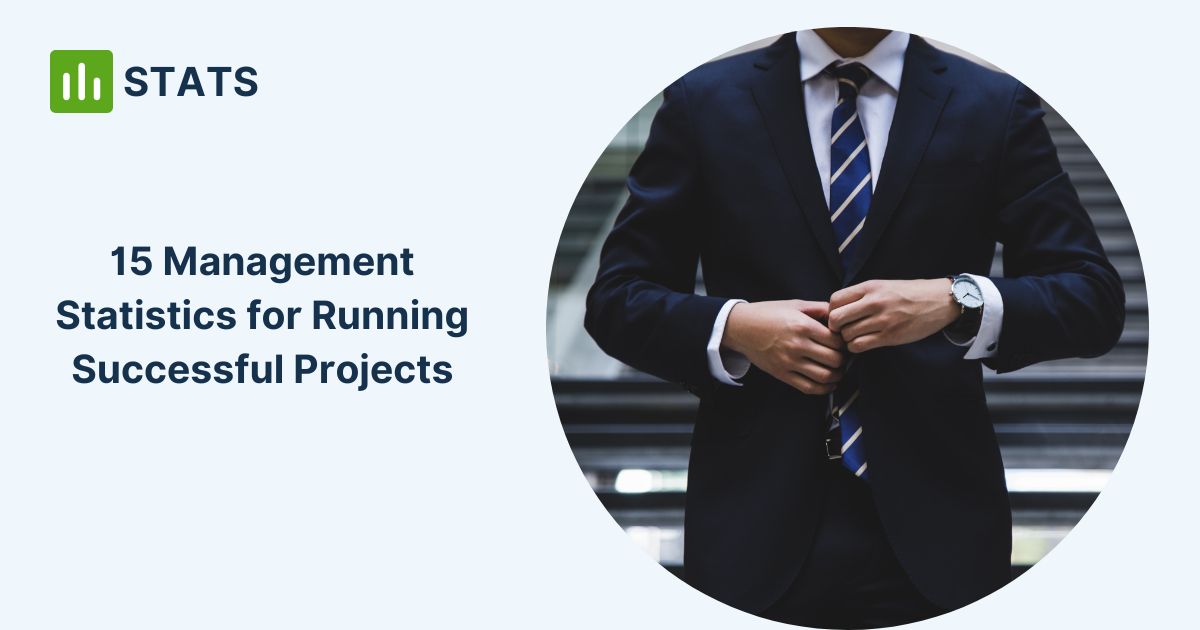 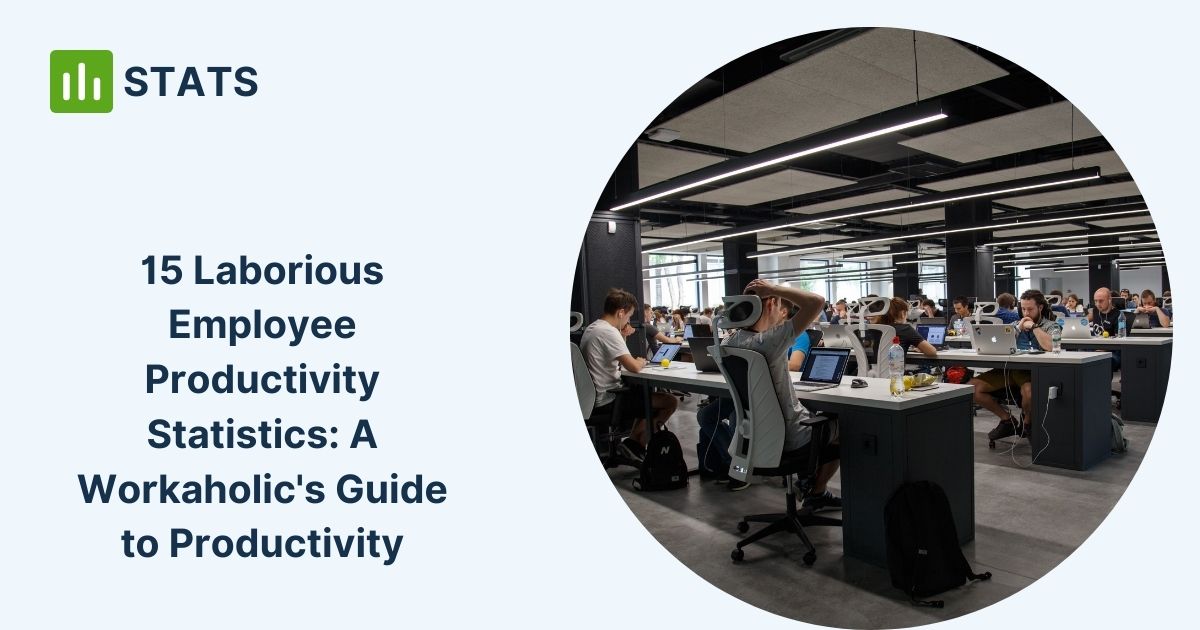