Behind the Buyer: 13+ Online Shoppers Statistics

Shopping online became a part of our everyday lives without most of us really noticing when the shift happened.

But make no mistake—there’s nothing simple about online shopping. Experts are analyzing all the scrapes of data they can and providing us with fascinating online shoppers statistics so we can all try and make sense of this modern phenomenon.

Join us as we uncover all the latest trends in various digital corners of the world.

How Many People Shop Online?

The easy answer would be “pretty much anyone who has internet access,” but that wouldn’t be entirely accurate.

Statistics suggest that almost five billion people are online nowadays, but—spoiler alert—not even Amazon can reach that many customers.

1. There are around 2.14 billion online shoppers in the world.

Unsurprisingly, the number of online shoppers has been on the rise in recent years. However, it hasn’t managed to reach everyone just yet.

For instance, approximately 266 million of the 329 million people who live in the United States shop online in 2022—that’s 80% of the population. This may sound like a lot, but when you consider that 93% of the country’s population is online, it’s evident that a significant number of people are still resisting the pull towards digital transactions.

What does that mean?

At the end of the day, despite Germany having 15 times more online shoppers than Finland, both countries have 74% of their population buying online.

3. Yet the biggest online shoppers in Europe are the Danes.

Given that Denmark is one of the wealthiest countries in the world, it’s not that surprising that its citizens can easily spend an average €2,916 (that’s approximately $2,826) each year on digital purchases.

Although Finland has a higher percentage of online shoppers than Denmark (74% vs 70%), the Finns aren’t willing to part with that much money. Their average per capita spending for online shopping is just €1,392 ($1,349)—that’s less than half of what the Danes spend.

4. Brazil’s ecommerce sales are growing faster than other countries’.

Online shopping keeps on growing—though it’s not growing at the same pace in all regions of the world.

Brazil and Argentina, for instance, will see sales grow at a 20.7% CAGR until 2025. Turkey, Russia, and India follow behind, each with a compound annual growth rate above 18%.

What about the big players, China and the US?

Well, there are currently more than 900 million online shoppers in China, and projections suggest the number will keep on increasing at a 4.81% CAGR. As for the US, it’ll grow at a faster pace than China (14.55% CAGR), but it will understandably reach fewer online buyers (291 million by 2025).

Demographics of Online Shoppers in 2022

Now, it’s time to dive deeper into who these online buyers are: How old are they? What’s the gender distribution? Which are their go-to online stores?

We’ll tell you all about it below.

It seems the younger people are, the more likely they are to buy products online—though the difference is actually not that big between age groups nowadays.

Fun fact: Young people are more likely to fall for ecommerce fraud but, when they do, they lose much less money than older people. For instance, nearly half of teenagers in the US admitted to losing a median $250, but the 17% of 70-year-olds who reported fraud lost a median $800.

6. Only 3% of young South Koreans don’t purchase goods and services via the internet.

Another example of how the younger people are, the more likely they are to go for ecommerce. Online shopping statistics suggest that while 97% of Koreans in the 20-39 age group buy things on the Web, only 68% of those in their fifties and 41% of those in their sixties do so.

Which stores do they visit when they do?

The majority (6.62 million shoppers) go to Coupang, which is like the Korean Amazon. Gmarket, 11St, and Auction are also quite popular, each boasting more than five million shoppers.

Fun fact: 81% of young adults in the US (18-34 years old) have Amazon Prime subscriptions.

7. Chinese female shoppers are much more likely to be frequent buyers.

In fact, 43% of Chinese women buy something online at least three times a week, whereas only 31% of male shoppers do so.

In the rest of the frequency categories, though, the gender disparity is not that marked. For instance, 21% of female and 27% of male shoppers admit to purchasing something online several times a month. Furthermore, 31% of both female and male digital shoppers indulge a couple of times a week.

Fun fact: Although the internet is quite censored in China, people use VPNs to bypass the Great Firewall, access banned websites, and—apparently—do some shopping. Interestingly enough, 65% of cross-border shoppers are male.

What Are People Buying Online?

You can pretty much buy anything online these days—no, really, people have put towns, souls, and state-shaped cornflakes for sale on eBay—but some items and services are bound to be more popular than others, right?

Let’s see what those are.

8. More than half of the US population goes grocery shopping online.

The pandemic had an important effect on this online shopping trend. Back in 2019, only 36.8% of US consumers used grocery delivery services, but the popularity of such solutions went up to 52% a year later and peaked at 59% in 2021.

That’s right—peaked. It seems the trend is going downwards now that COVID days are over. As of 2022, only 54% of consumers are buying their groceries online, and less than 47% intend to keep on doing so next year.

What about in other countries?

As the pandemic subsides, so do online grocery sales, but it’s unlikely that they will fall to their pre-pandemic level (8.5%). People’s online shopping habits have already changed, and the online marketplace will continue to revolutionize the way we buy things.

In fact, Japanese households spend the most on food whenever they go on an online shopping spree. Every month, they spend an average $16 on food, $8 on home electronics, $6 on women’s clothing, and just above $1 on medicine.

10. 83% of people in the US book things online before they travel.

People still prefer to buy certain things in person. They’ll probably do research online when they’re looking for a new car, home, or pet, but they’ll usually go see them for themselves and then complete the purchase in person.

What do people buy the most online, then?

Fun fact: People tend to buy new cars in person, but the online world is a great marketplace for used cars. Globally, online car sales are worth more than $237 billion.

11. In the US, 12% of people would rather buy furniture online than go check it out in person.

You’d think that everybody would want to try out a chair before buying it, but online shoppers' statistics suggest digital pictures and online reviews are good enough for 12% of people.

As we mentioned above, there are certain things that people don’t mind buying online. For instance, 16% of US people prefer to order food rather than go to a restaurant, whereas 26% of people would rather avoid an electronics store and get their smartphones and TVs from an online shop.

Interestingly enough, the things most US consumers are willing to purchase without going to a brick-and-mortar store are clothing and shoes (36% and 31%, respectively).

We’re still far away from a future where big supermarkets are no longer necessary, and every single one of our purchases is delivered at home—but that doesn’t mean the ecommerce market isn’t thriving.

In fact, if projections are accurate, digital purchases will account for 24% of all sales worldwide by 2026. Impressive, right?

Let’s go over some more stats and trends.

Despite what online grocery trends may suggest, ecommerce sales are decidedly on the rise.

In 2020, the global online shopping market was worth $4.24 trillion. Projections suggest it will surpass the $5 trillion mark by the end of 2022 and then continue to grow by $600 million every year until 2025.

At least in the US, direct home delivery sways 54% of consumers towards making online purchases. Avoiding crowds (53%), cheaper prices (45%), and 24/7 availability (41%) play their part, too.

13. Africa and the Middle East have the highest cart abandonment rates.

There are many possible reasons why people abandon their purchases—it could be a tedious checkout process, hidden fees, or simply people not intending to buy anything in the first place.

Ultimately, the truth is that a combination of those (and other) factors drives people around the globe to abandon 85.2% of online shopping carts.

If we narrow it down by geographical region, then statistics on online shopping suggest that 81% of European carts, 83% of North American carts, and 86% of Latin American carts are left behind.

The region with the highest abandonment rate by far, though, is the Middle East and Africa, with only 10% of online shopping carts becoming a purchase.

That’s true for desktop and tablet visits worldwide. Smartphone visits tend to be a bit shorter, though (four minutes on average).

That said, not all online shoppers behave the same way. For instance, a person shopping online in the US would typically visit seven pages per session no matter which device they’re on. British shoppers, on the other hand, browse through 11 pages on average when they’re on desktops or tablets but only visit eight pages when they’re using smartphones.

How can you persuade people to spend more time on your online store?

A mobile-friendly website, a good landing page, and a smooth checkout process can go a long way when it comes to converting leads.

Online shoppers' statistics give us a good glimpse into the human psyche—how we buy, what we’re after, how much we’re spending, and other precious bits of data that marketers are not afraid to use to their advantage. 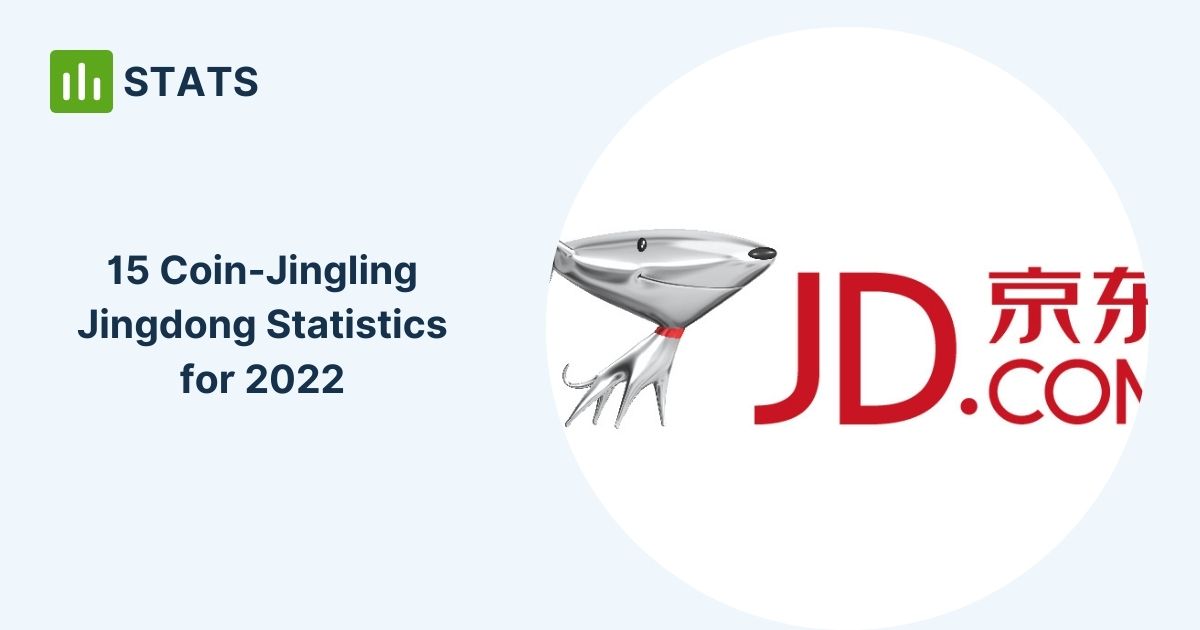