23 Outré Facts About John McAfee to Speculate Over in 2022

If you’ve used a computer at some point in your life, chances are you’ve come across the name McAfee.

Yes, we’re talking about the popular anti-virus software named after its creator.

The man himself became particularly well-known in the last few years before his death, though he had always lived a bizarre life. From promising to eat his own phallus to his beliefs in immortality, John was as extraordinary as they come.

Today, we’ll shed light on some of the more curious aspects of his 75-year-long journey on Earth.

Then read through our list of John McAfee facts!

The Biography of John McAfee: a Man Extraordinaire

A precocious boy, John had an entrepreneurial spirit few could rival. A maverick through and through, he came up with a revolutionary cybersecurity idea.

But his genius didn’t prevent him from indulging in multiple criminal activities.

So then, who is John McAfee?

On September 18, if you’re curious. His father was an American serving in World War II, his mother—British. That’s why John McAfee held a dual nationality.

His family moved to Virginia, US, when John was still a child. Regardless, he’s always said he feels equally American and British.

2. His father committed suicide when John was 15.

John McAfee’s early life was not easy. On one hand, his father was an alcoholic who’d abuse his family. On the other, his suicide was just as disturbing and scarring for young John.

He later claimed that any mistrust he might harbor in a relationship was usually caused by the enduring shock of his father’s suicide. Eventually, he himself turned to alcohol and drugs at a young age and remained addicted until his death.

3. He slept with one of his students while doing a PhD.

John obtained a bachelor’s in mathematics from Roanoke College in 1967.

Following this, he was accepted for a PhD at the Northeast Louisiana State College, where he served as a teaching assistant. An affair with a student resulted in his first marriage, albeit a very short-lived one.

They also expelled him from college, so it probably wasn’t worth it.

Other than what we’ve already mentioned, there’s scarcely any information available about his first marriage.

His second wife was Judy McAfee but it is unknown when the two met or married. They divorced in 2002.

His third and last wife was named Janice. Apparently, they first met in 2012 when he hired her as an escort.

What’s more, he also said he had 61 grandchildren and 19 great-grandchildren. He hadn’t met any of the latter.

John admits that these numbers would likely be lower if he did any DNA tests.

John McAfee had a history of moving to a new place every few years, often because he would end up wanted by authorities.

In 2008, he settled in Belize. He lived in a heavily guarded beachfront property with seven young women, some of which were teens.

7. He was a person of interest in a Belize murder.

McAfee’s life took another turn when his neighbor, Gregory Faull, was found shot in the back of the head in November 2012.

Although John denied having anything to do with the murder, he fled to Guatemala and later to Miami, Florida.

News reports found that Faull had filed a complaint against McAfee after the latter’s pack of dogs had attacked tourists. A 2016 documentary suggested that McAfee had paid $5,000 to a local hitman to deal with Faull.

8. McAfee was arrested due to a geolocation metadata mishap.

When his neighbor in Belize was found dead, John McAfee went on the run. While in Guatemala, he reportedly gave an interview to two Vice reporters.

Unfortunately for him, they posted pictures that still had their geotags (the GPS coordinates) embedded in the metadata. This allowed Guatemalan police to find and arrest him right away for illegally entering the country.

However, he was soon released.

9. He was ordered to pay $25 million in damages to Faull’s estate.

Faull’s family had filed a wrongful death lawsuit in 2013. When the verdict was announced six years later, McAfee dismissed it and said he had no money to pay with.

Now that he’s dead, Faull’s family likely has no chance of receiving any compensation whatsoever.

The Career of John McAfee: a Genius Incarnate

What did John McAfee do?

Oh boy, where should we start!

His portfolio is one of the most versatile we’ve seen—he clearly didn’t like to stay in the same place for a long time, personally and professionally.

10. He began his career selling magazines.

He was pretty good at it, even though some claim this whole business was a scam. Apparently, John would sell people “free” magazine subscriptions but we wouldn’t disclose just how expensive postage would be.

Either way, his entrepreneurial spirit did earn him a small fortune while he was studying at Roanoke College.

At the age of 23, John McAfee managed to land a job in NASA’s Institute for Space Studies. He worked on the Apollo program there for a few years.

Throughout the 70s and 80s, he was a software designer at Univac, an operating system architect at Xerox, and a software consultant for various firms.

Later, during his stint at Lockheed, he heard about the first computer virus, the Brain virus, and came up with the idea of an antivirus software solution. He founded McAfee Associates Inc. in 1987.

He left his own company in 1994 and sold all of his shares for $100 million. Obviously a good sum, as he was able to purchase multiple properties, including a mansion in Hawaii, a ranch in New Mexico, and a massive estate in Colorado.

However, McAfee (the company) kept growing at such a pace that Intel acquired it for $7.7 billion in 2010. Had John kept his shares, he would have easily become a billionaire.

The main reason for this was the Lehman Brothers’ bankruptcy in 2008. John McAfee had earlier purchased millions of dollars worth of bonds that suddenly became worthless.

This motivated his fleeing to Belize, where $4 million was a much more significant amount of money.

It’s no wonder he didn’t pay any in his last years.

John McAfee’s networth in 2021 was unknown, but he was indicted for failing to pay more than $4.2 million in taxes—so he must’ve been doing a lot better than a decade earlier.

The Department of Justice accused him of engaging in a pump-and-dump scheme by investing in and promoting cryptocurrencies on social media, earning up to $23 million in the process.

We admit this isn’t the most fun of our John McAfee facts, but it showcases his personality rather well.

15. He became the most vocal critic of his own anti-virus software.

He didn’t simply criticize it, he went much further than that.

In 2013, John released a video guide on how to uninstall the eponymous software—one riddled with expletives and otherwise suggestive content that concluded in him shooting a laptop with a gun.

McAfee was an inventor (of new tech) in his early life, and he clearly remained as inventive (in other ways) in his later years, too.

16. He was overjoyed when Intel dropped his name.

The Intel CEO announced the name change, from McAfee Security to Intel Security, on January 6, 2014. Having been critical of the software for more than a decade, he said he was “everlastingly grateful to Intel.”

Unfortunately for John, soon afterward, Intel made a deal with TPG Capital to convert Intel Security into a stand-alone company, once more with the McAfee name.

Just in case his early life story wasn’t quirky enough for you, we’ve prepared a few more interesting facts about John McAfee. Trust us, it only gets better. And by better, we mean really bizarre.

17. John McAfee was a Libertarian Party candidate for US president.

Twice—in 2016 and 2020. The Libertarian Party didn’t nominate him on either occasion and preferred Gary Johnson and Jo Jorgensen, respectively.

18. John McAfee tweeted that he had more than 31 terabytes of incriminating data on government corruption.

He also claimed this data would be released if he were ever arrested or disappeared. In a follow-up tweet, he reaffirmed his commitment to release said data, going so far as to claim his enemies were praying he lives forever, lest revenge take over.

No data was ever released.

19. John McAfee loved drugs–and his favorite one was legal.

He was never particularly secretive regarding his infatuation with psychological stimulants, even though in a 2012 interview he claimed he’d been clean since 1983.

In reality, he wasn’t. A raid on his estate in Belize found blocks of white cocaine-like substance that he was producing in a personal chemistry lab. However, it turned out it wasn’t cocaine or any other known drug.

He was actually experimenting with bath salts and a chemical compound called alpha-PHP that he’d order from a Chinese chemistry company.

So hard, in fact, that he assured his Twitter followers he would eat his own penis on TV if he were wrong about his predictions…

McAfee actually made quite a few predictions. Initially, he claimed Bitcoin would reach $500,000 in 2020, then revised that number to $1 million and doubled down on his phallus-devouring bet.

In 2020, he went so far as to claim “mathematics itself is a flawed discipline” if Bitcoin didn’t reach $2 million by the end of the year.

Clearly not. But he did believe in something called “quantum immortality.”

It has “quantum” in the name, so you know it’s unnecessarily complicated, but here’s the gist: an infinite number of parallel worlds exist. Therefore, if you shot yourself with a loaded gun, you wouldn’t die, because your consciousness would continue to exist in a parallel universe. This hypothetical phenomenon is known as “quantum suicide.”

John allegedly demonstrated this in front of a reporter a few years ago. Jail cells seem to inhibit his powers, though.

Ever wondered why John McAfee is so famous? Because he was a master at attracting media attention in all sorts of outlandish ways.

22. He supposedly committed suicide by hanging in his Barcelona jail cell.

Spanish authorities kept him in custody for more than half a year after detaining him at the US’ request due to tax evasion charges.

The apparent suicide happened only hours after the Spanish high court allowed his extradition to the US.

Fun fact: John had tweeted in 2019 that he expected to be assassinated by the USA. Back then, he got a “$WHACKD” tattoo on his right bicep, saying if he “suicided himself,” it meant he was murdered. On second thought, maybe this wasn’t the funniest of facts about John McAfee…

John McAfee had mentioned the mysterious “Q” many times previously, though it’s unclear what the Instagram post exactly meant.

It’s likely a reference to “QAnon,” a conspiracy theory that says former US President Donald Trump fought a secret war against a cabal of pedophiles who have infiltrated governments, businesses, and the media

This movement, frequently described as a cult, began when an anonymous user, known only as Q, started posting on popular imageboard 4chan.

Perhaps McAfee’s final Instagram post means he was the original Q. Or maybe he just wanted to troll the world one last time.

If we were to describe John McAfee in one word, that would be hedonistic. He sure knew how to revel in the pleasures of life, often to his detriment.

Extraordinarily eccentric, McAfee was involved in scandal after scandal throughout his life. A cybersecurity legend, a suspect in a murder, a tax evader, a conspiracy theorist, he was a man who lived life the way he wanted to.

Many loved him, many thought him out of his mind. Whichever side you stand on, though, ultimately doesn’t matter—he wouldn’t have cared either way.

This concludes our collection of John McAfee facts—but if you still feel like you need to know more about him, go and watch that McAfee uninstallation tutorial he made on YouTube. It portrays him right as he is. 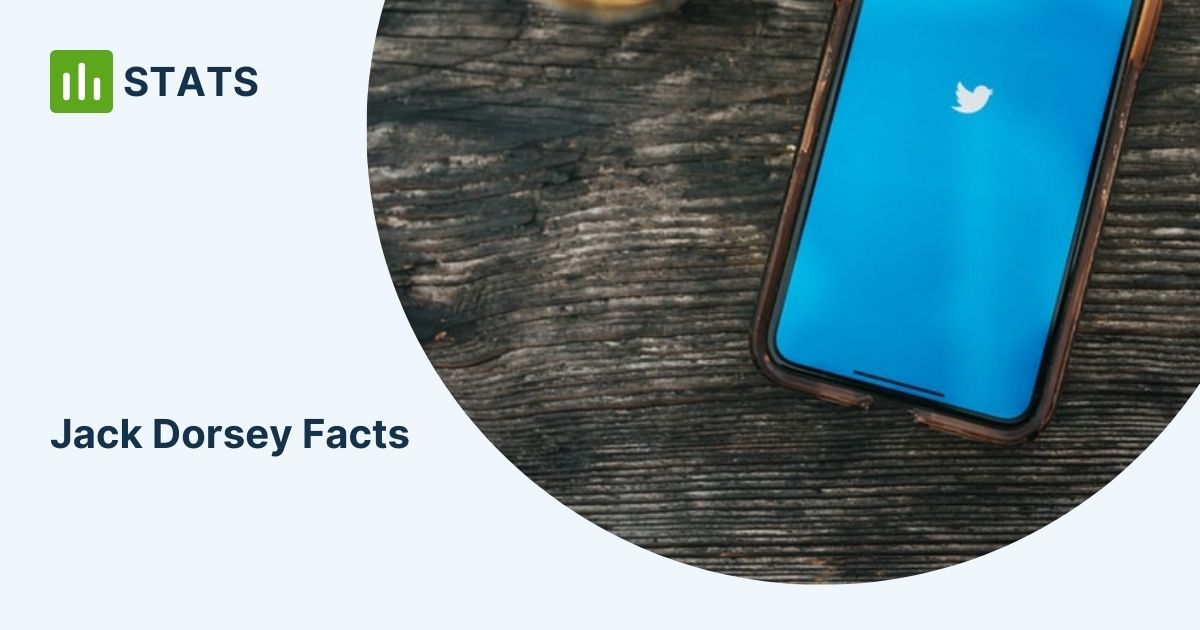