The US has a population of 329.5 million people.

You’ll be forgiven if you haven’t heard of Jingdong. It’s an online marketplace that’s not very big in the West—not yet, at least. But it’s big elsewhere. Hopefully, the above comparison helps put things into perspective.

And if it got you interested and you would like to take a look at some even more impressive Jingdong statistics, make sure to read on.

Most big companies started in somebody’s garage, and so did Jingdong.

Well, it wasn’t a garage per se, but a tiny store in Beijing.

Jingdong’s founder is Richard Liu, a man many call “the Jeff Bezos of China.''

In 2003, in the midst of the SARS outbreak in China, he realized that ecommerce could prove profitable. So, in 2004, he closed his physical store and went fully digital.

But even after moving to ecommerce, Jingdong continued to sell electronics. It wasn’t until 2008 that the platform diversified and offered a more comprehensive range of products. To this day, however, a significant portion of its revenue derives from electronics and home appliances.

The number of employees at Jingdong has risen dramatically over the past decade, reaching 298,717 in 2021.

Historically, the biggest employee rise happened in 2013, when the payroll went up 79%. Then, after Tencent announced its partnership with JD in 2014, it underwent another significant boost.

Long story short, Jingdong stats show the company now employs 10 times the number of employees compared to just ten years ago, in 2012, when 27,952 people worked there.

In 2020, the ecommerce company announced that it’d be subsidizing its 250,000+ merchants during the pandemic with reduced expenses and better health protection, such as insurance premiums.

In Hubei, the Chinese province where COVID-19 originated, merchants even got fee waivers and a month of free operations.

4. 77% of Singles’ Day shoppers on JD were from lower-tier markets.

Here are some Jingdong stats you might find slightly offensive. Well, not the stats themselves, but the terms that describe them.

Around one billion Chinese, or over 70% of the population, live in underdeveloped cities and villages. These are referred to as “lower-tier markets.”

And during the Singles’ Day festival in 2021, they accounted for 77% of all shoppers on JD.

This is, of course, completely understandable since that’s approximately the part of the population that they represent to begin with. Moreover, for people in smaller cities, online shopping is the only way to get certain products.

JD.com has a global website, but it also runs country-specific websites for Russia, Spain, Thailand, and Indonesia.

Even so, it derives the vast majority of its revenue from the domestic market. But now, Jingdong is entering the West in a new fashion—with brick and mortar shops.

Admittedly, that’s a bit vague. What that figure really denotes is the annual active users (AAU)—that is, users who have used JD at least once over the last year.

6. In 2022, JD opened robot-served brick-and-mortar stores in the Netherlands.

As it would be expected of a giant company like Jingdong, it does more than just run an online marketplace.

It has been investing in AI and robots, and it even uses a swarm of drones to deliver items to customers. Now, it’s launching robotized physical stores in Europe. These are mostly grocery stores called Ochama, similar to Amazon’s Go and Fresh brands.

We at Web Tribunal have no trouble admitting it—China’s awesome at digitalization. From do-it-all wunderkind mobile apps to AI integration in everyday life, the Chinese simply use more technology, and they use it well.

A great example of this is online shopping. In the West, it accounts for under 13% of total retail sales; in China, for more than half.

As one of the largest ecommerce marketplaces in China, it’s no surprise that it has reached $89.3 billion. This places it as the 18th highest valued company in the country and the #148 in the world.

That said, amid restrictions in China due to the pandemic and tighter regulations, JD’s market cap has actually gone down significantly.

In February 2021, it stood at $164.7 billion—nearly twice what it’s worth today. It’s important to note that the same fate has befallen most other Chinese giants.

A company’s market capitalization is a fun number to look at, but it doesn’t always mean much in practice. It’s essential to look at things in context.

Jingdong has a global market share of 9%, ranking fourth after its bigger Chinese brothers Taobao (15%) and Tmall (14%), as well as Jeff Bezos’ Amazon (13%).

Even if a company only runs an online marketplace, it still has to store all the items it offers somewhere.

Next time you do some Jingdong shopping, try to visualize how much space all those products take up. Let’s put it this way: If JD’s warehouses were soccer pitches, the company would have more than 3,500.

So, JD vs Alibaba.

The former ranks #18 in China in terms of market cap, which is good, but not nearly as impressive as Alibaba’s ranking as #3.

Furthermore, Jingdong’s revenue for Q1 2022 was 18% bigger than Q1 2021, which suggests the growth trend will continue.

It’s a lot more commercialized nowadays than it used to be, though, and usually extends for eleven (11) days from the beginning (1st) of the month until the 11th. It’s basically the Chinese version of Black Friday but way bigger.

That’s when people do the most shopping on JD or Alibaba or anywhere else.

Fun fact: Apple sold $15 million worth of iPhones in two seconds on JD when they went on sale. That’s about 15,000 iPhones in an instant.

Why do everything alone when you can get help from someone who’s just as good at it, if not better?

Jingdong isn’t shy about learning from the best and has struck partnerships with Tencent, Walmart, and Shopify.

Jingdong and Tencent’s partnership goes back to 2014, when Tencent acquired a 15% stake in JD. As part of the deal, Jingdong acquired 100% of Tencent’s own B2C and C2C marketplaces in order to better consolidate the platform.

In China, Jingdong is facing problems.

The government has undertaken a crackdown on massive corporations dominating the market, and JD’s partner Tencent is one of them. In fact, it’s the country’s single largest company—by far.

Late last year, Tencent decided to divest itself of a part of its stake in JD ($16.4 billion, to be precise). Instead of selling, it distributed it to shareholders so as not to hurt its partner’s position on the market.

Despite Tencent’s best efforts, though, Jingdong suffered an 11% drop in market cap immediately following the news.

If you had any doubts about Jingdong’s international ambitions, this fact will probably dispel them.

In 2016, Walmart and JD entered a “strategic alliance.” Walmart acquired 5% of JD, but JD received the entirety of Yihaodian, an online grocery business operated by Walmart in China.

Moreover, JD agreed to list all Walmart-operated stores (such as Sam’s Club) as preferred retailers to drive traffic to them.

15. Shopify partnered with Jingdong in January 2022.

Shopify boasts 1.7 million merchants. That’s six times more than Jingdong’s own. But Jingdong has something that Shopify wants—the ability to introduce Western merchants to China.

That’s why Shopify and Jingdong are bolstering cross-border trade with a new partnership signed in January this year. 52% of all retail activity in China happens online, making China’s ecommerce market ginormous—with the Chinese population bordering on 1.4 billion, the country’s market is worth five times that of the US.

So, Shopify wants its merchants to now be able to expand there.

Well, these were our favorite facts about Jingdong.

If they persuaded you to try it out, keep in mind it’s kind of tricky. You could try out the global version called Joybuy, but it recently underwent a rebranding into a B2B marketplace, so it might not be ideal.

Alternatively, you can rely on Google Translate to navigate your way around the Chinese version.

Or you can simply shop elsewhere.

Either way, if our Jingdong statistics make one thing clear, it’s that the Chinese giant is expanding globally. Chances are, you’ll have more options to buy from it before long. 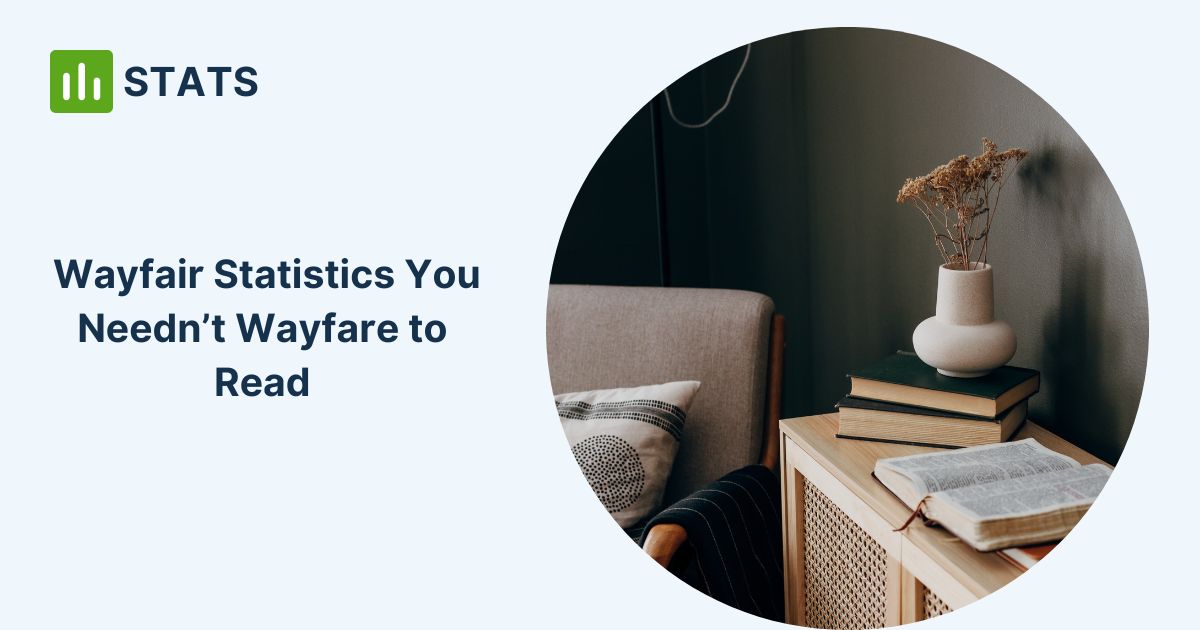