How to Get a Blaze Rod in Minecraft?

In Minecraft, a blaze rod is essential for anyone looking to venture into the End.

You’ll also need this item for brewing different potions to help in your adventures.

It can be challenging to obtain, but with these tips and tricks, you'll have some in no time.

What Is a Blaze Rod in Minecraft?

A blaze rod is a non-craftable item that may be used as fuel for furnaces, smelting up to 12 items. In comparison, a piece of coal is only good for eight.

Additionally, some potions and the brewing stand recipe require a blaze rod.

It can only be obtained if you or your tamed wolf kill a Blaze, which is a dangerous mob that spawns in the Nether. 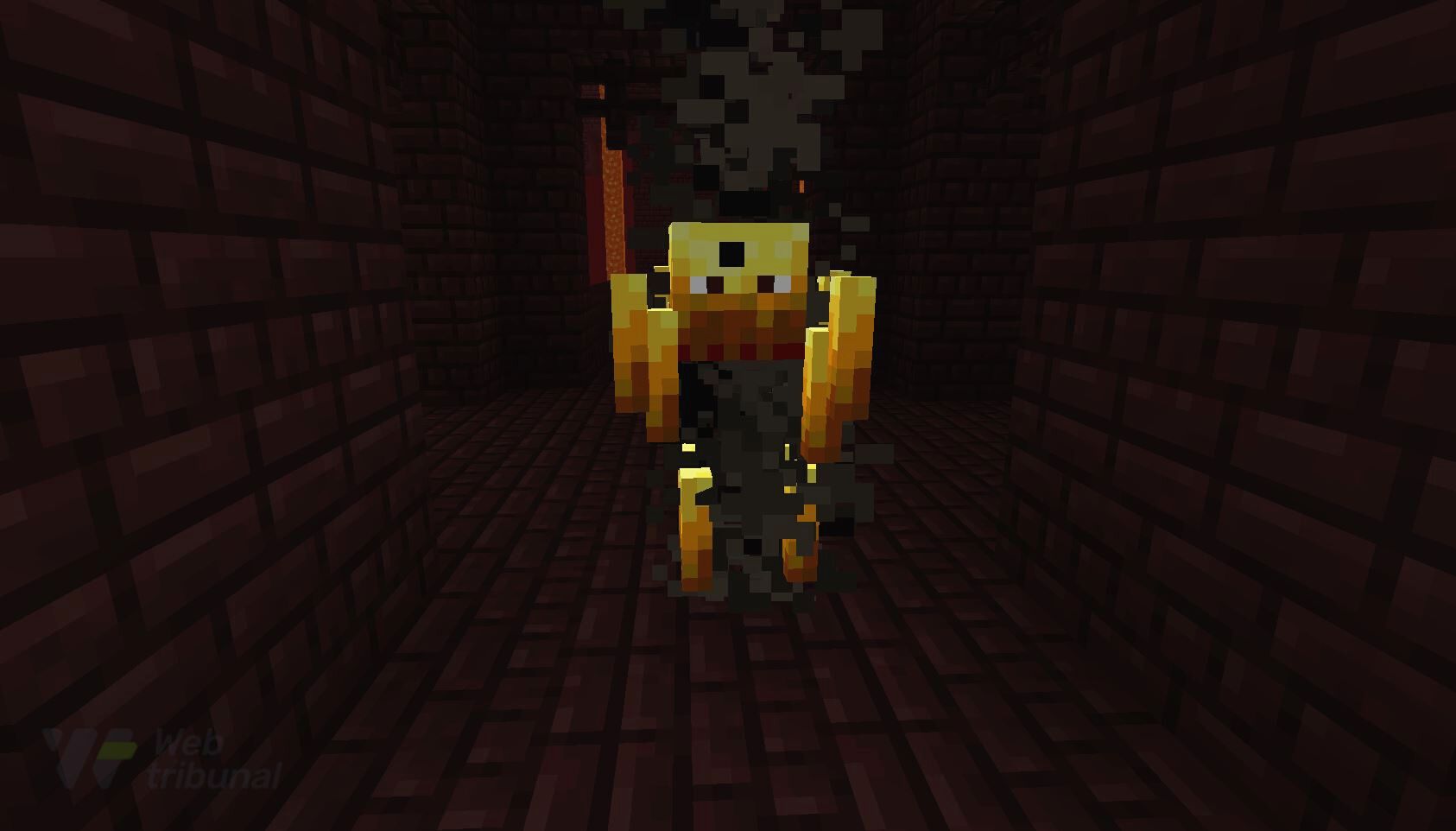 The Blaze has a 50% chance of dropping a single rod, so you’ll have to repeat the exercise to stock up on this valuable item.

Applying the Looting enchantment will increase the drop chance significantly.

How to Get a Blaze Rod in Minecraft?

There’s only one way to collect this item, so follow the steps and tips outlined below to ensure your success.

You’ll have to make and activate a Nether portal to travel to that dimension.

Once there, look for a nether fortress.

Blazes spawn inside it at spaces with a light level under 11.

Blazes appear from spawners generated on a small platform with three stairs within the fortresses.

The spawner will activate when you’re in a 16-block radius, producing up to four blazes at once. 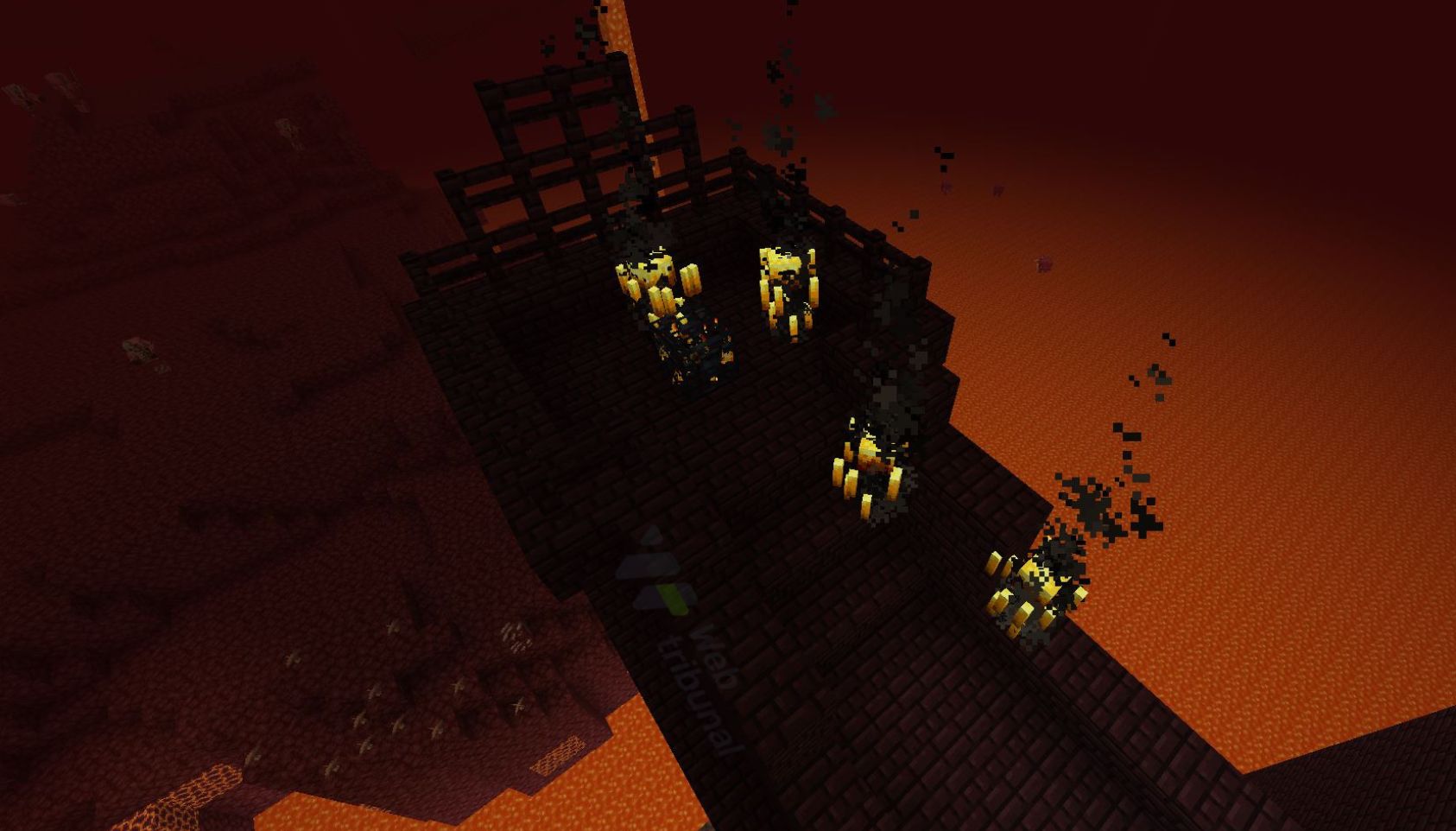 You’ll have from 10 to 39.95 seconds before it attempts to spawn again.

If you think you’ll collect enough blaze rods, you can prevent it from releasing more mobs.

Increase the light level around the spawner with torches or lanterns, otherwise, you might get overwhelmed, as these hostile creatures are quite deadly.

Blazes fly and shoot three small fireballs every five seconds when they target a player within a 48-block radius in Java and 16 in Bedrock.

When they reach the targeted player, they perform a melee attack every second. On Normal difficulty, it deals six damage.

The Blaze is resistant to fire and lava damage.

However, powder snow is its weakness. You can kill blazes in Minecraft with seven snowballs dealing three damage per hit.

Splash water bottles are also an efficient option, dealing one damage per hit.

Rain hurts the Blaze as well — one point every half second.

So keep all of these tips in mind when facing those hostile mobs, and you should experience no trouble defeating them.

Keep fighting until you collect a sufficient amount of rods.

If you have any doubts, you can invite your friends to your server to help you in this challenge.

What Can You Make With Blaze Rods?

Once you’ve stocked up on this item, it’s time to put it to good use.

To make blaze powder, you need to place one blaze rod in the crafting grid.

The powder is used to create a number of things — Eyes of Ender, fire charge, and magma cream.

For an Eye of Ender, you have to combine on the crafting table:

To make a fire charge, you should get blaze powder and arrange:

Magma cream is a valuable item for potion brewing. To craft it, add:

As you see, this powder is quite versatile.

This recipe calls for a blaze rod too. To craft it, place:

End rods are decoration items that light up areas and emit white particles.

To make them, open your crafting table and put:

If you’re up for some endgame challenge, you should know how to get a blaze rod in Minecraft.

That’ll allow you to brew different potions, open an End portal, and craft other valuable items with diverse applications.

Defeating the Blaze is a significant achievement by itself, so you should prepare accordingly and enjoy the fight.