Are you California Dreamin’? Learn What’s the Average Income in California with Our Most Recent Stats

If America is the land of dreams, then California is its dream place. Over the centuries, people flocked to the state where the sun always shines, hoping to expand the country’s frontiers further west, find gold, and later, enjoy the idyllic lifestyle in the suburbs.

So you want to learn more about the state built on the American dream?

Let’s start with one of the essential factors for a place in the hearts of all US citizens—what’s the average income in California?

Today, we’ll investigate that and a bit more. What’s more, we’ll try to paint an unbiased and comprehensive picture of Cali—one that’s not torn between the idealized expectations and the reality. So let’s dive straight in with some:

Average Income in California for 2022

Average and median incomes are financial metrics that provide valuable information… one that can be used to draw some important conclusions. Let’s take a closer look at the Golden State’s situation:

When discussing income distributions, it’s essential to consider the median beside the average, as it shows the value that separates the distribution by half.

So, in this case, we can rightly say that half of all American households have at least $67,521 per year. When considering the average, however, we cannot make such assumptions as there’s always a small number of people with astronomical incomes that “drag” the mean numbers toward higher values.

Maryland may have the highest income. But which states come next?

You may have noticed that California is nowhere to be seen. We’ll learn why in the next stat.

This may not seem like a lot, though it isn’t that surprising considering California is the most populous state in the US and receives many immigrants from Latin America. What’s more, it’s a place where people specifically come to make their fortune.

It’s time we dove deeper into the mean and median income in California and further explored The Beach State’s standard of living.

5. Per capita consumption expenditures in Cali amount to $46,363.

Keep in mind that these are per capita personal expenditures, not the basic cost of living in California. In other words, that is the spending when we take all the expenses of Californians and divide them by the number of adults living in the state. It’s a rather vague and crude statistic as it describes expenses with just one single number.

By a rule, the biggest earners are also the biggest spenders. In this case, Colorado, New Hampshire, and the District of Columbia take the first places and are some of the states with equal or more significant consumption than California.

6. California is one of the most expensive states in the US.

American analysts came up with a cost of living index that accounts for various expenses such as groceries, housing, utilities, transportation, and health. It’s essentially a scale with 100 as the national average.

For instance, Mississippi has an index of 83.3, meaning it’s cheaper than the national average. On the other side is the cost of living in California. It’s way, way up at 142. What’s more, Cali, New York, and the District of Columbia make up the top three most expensive states to live in the US.

7. Santa Clara is the county with the highest median household income in California ($124,055).

Santa Clara is the county with one of the highest populations in Cali (1,885,508) as well. It’s located in the Bay Area, near San Francisco, and hosts the oldest university in the state.

The county boasts a unique electric power system, somewhat independent of the biggest providers in the region (Pacific Gas and Electric). This system allows providers to keep the price down, attracting important Silicon Valley companies such as Intel, Nvidia, Advanced Micro Devices, etc.

The county with the second-highest median income in California is San Mateo ($122,641). When one mentions Cali, San Mateo is probably the place that comes to mind—mild Mediterranean climate, sunny days, beautiful suburbs, and, of course, the Pacific Ocean!

8. Fresno County is the poorest county in the Golden State.

Despite the city of Fresno being one of the most populated in Cali, with more than half a million residents, the county is still the poorest in the state. The median individual income is around $26,000, and about 20% (one-fifth!) of people live below the poverty line. It also houses more than 2,000 inmates at Pleasant Valley State Prison, an immense 260 hectares of state prison situated in Fresno County.

Among the reasons why this one is so much poorer than all other counties in California is its location. It’s situated in the state's central valley and has faced severe drought problems recently—it’s more a foothold of the old-school industry and agriculture.

On the plus side, the cost of living is far more reasonable there.

Median Income per Capita in California

Now, let’s shift our focus toward the individual income estimations and learn just how much a Californian earns (in other words, what’s the average wage in California):

So half of all Californians earn at least $38,576. However, half of them make less than that, and around 11% live below the poverty line. So if you ask, “What is the typical income in California?” that would be the most comprehensive answer.

How about, “What is a good salary in California?” Well, it all depends where you’re living exactly, but apparently, around $38,000 and above.

Obviously, the average is skewed toward the higher end, which is why statistics about the median salary in California are much more accurate.

Moreover, if we look at search results, we notice extreme variations in the average wage estimations. Why is that? Mainly because sensationalistic blogs use these to make their point, not caring about the quality of sources, which leads to the reporting of the average yearly salary in California being anywhere from $60,000 to $110,000…

Inflation is probably the main reason behind this. The federal minimum wage is $7.25, but it’s evident Californians are earning and spending way more.

So how many people are there in California?

What’s the average age in California?

What are the median incomes by zip codes?

All questions about to be answered right now:

12. More than 39 million people are living in California.

In 1900, around 50 years after America gained control over this region (taking it from Mexico), the Cali population was just about 2 million. The real growth started during the 1950s when it went over 10 million. By the 2000s, the number of people living in California had already reached 37 million.

Since then, the growth has slowed down a bit, primarily due to stricter immigration policies.

13. Latinos are the biggest ethnic group in California (39%).

Race demographics in California show the following: 39% of its residents are of Latino background, 35% are white, 15% Asian Americans/Pacific Islanders, 5% are black, 4% multiracial, and 1% are natives.

Such info about California’s demographics may be surprising to some. However, it’s actually pretty logical—for centuries, the region was under the heavy cultural influence by the Spanish (first) and Mexico (next). Additionally, millions of Mexicans want to cross the border and find a better life in the Golden State, among family and friends.

White people were the biggest group until 2010 (with 40%, while Latinos had 38%). Interestingly, there’s also an increase in the Asian and Islander population—in the 1970s, they comprised only 3%, as opposed to today’s 15%. Moreover, 27% of Cali citizens are foreign-born.

14. There are more than 15 million Latinos living in California.

Still, there’s something important to consider when discussing California’s main ethnicity—Latinos are a heterogeneous group. The thing that binds them is the Spanish language and not much else. Mexicans, El Salvadorians, Puerto Ricans, and South American nations certainly differ from one another.

15. About five million people of Hispanic and Latino origin live in LA county.

As you now know, California's ethnic demographics are marked by the Hispanic/Latino cultures.

Compared to the statewide median for the same year—$78,000—we can see that Latinos in Cali have lower earnings. According to the official stats about the average income in California, the situation between 2010 to 2014 was somewhat similar, with a typical income in Latino households being around $47,200 as opposed to $69,606 for non-Latinos.

These are all people who came to America before the war, so the current number is most likely higher. They constitute a hard-working and well-integrated ethnic group in the Golden State.

94027 is possibly one of the most affluent neighborhoods in the US as well as worldwide. It covers the region across Atherton, Woodside, and North Fair Oaks and has a mean income of around $482,454.

Now that we’ve covered what the population of California looks like regarding ethnicity, let’s turn to some age-related statistics.

One in five Californians is 65 or older. Conversely, Cali is still one of the youngest US states, with a median age of its resident of 37.7 years old.

20. The wealthiest Californian householders are between 45 and 64 years old.

Their income is typically around $92,828. Here’s a quick breakdown of the other age groups when it comes to the median income in California:

Obviously, the peak of people’s career life is typically between 45 and 64 years old. This is also a period of financial stability for most of them. After retirement, the income stops or decreases, hence the sharp drop in the 65 or older group.

Are you considering a move to Cali? Or you just wanted to learn more about the Beach state?

Well, hopefully, you’ve found these stats valuable and interesting, whatever the case.

As you now know, the average income in California is relatively high, but so are the living costs.

Still, the American Dream is very much alive in the Golden State, though it’s sadly only reserved for a handful of people. Are you one of them?

Latest from Author
Baby Step 3—Dave Ramsey's Approach to Building an Emergency Fund
How Much Does a Funeral Cost: What’s the Price of Dying in 2022?
How Can Budgeting Impact Your Overall Wealth?
Does Insurance Cover Teeth Whitening?

Finance Stats
Jun
18
How Much Does a Funeral Cost: What’s the Price of Dying in 2022? 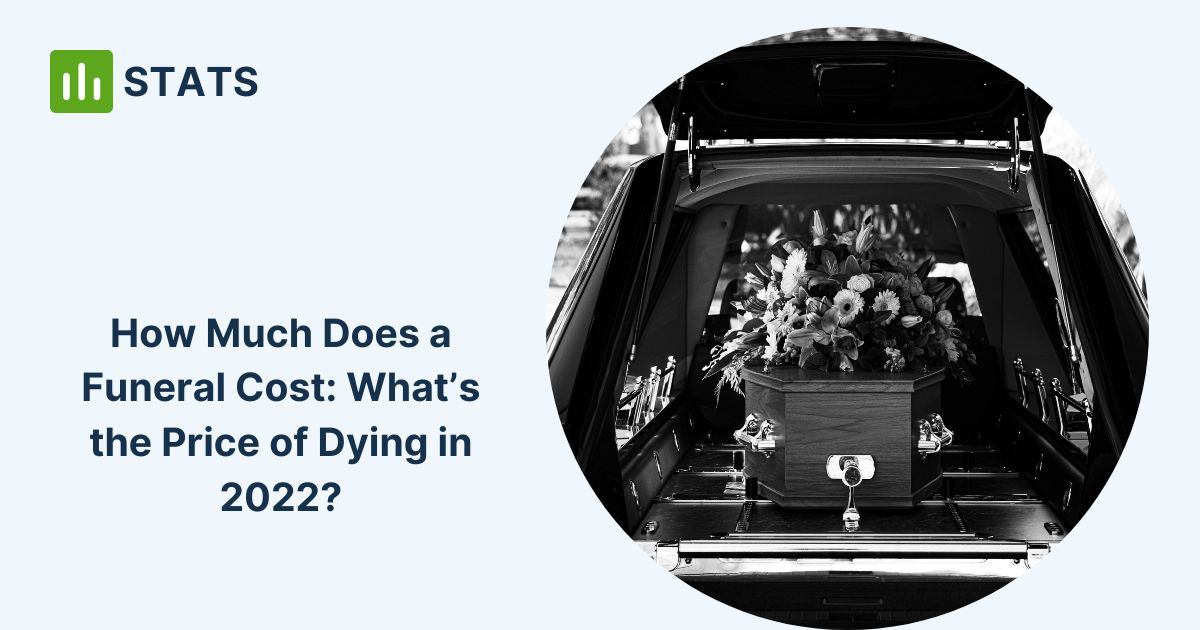 Finance Stats
Jun
12
What’s the Median Household Income by County in the US? 15+ Recent Stats 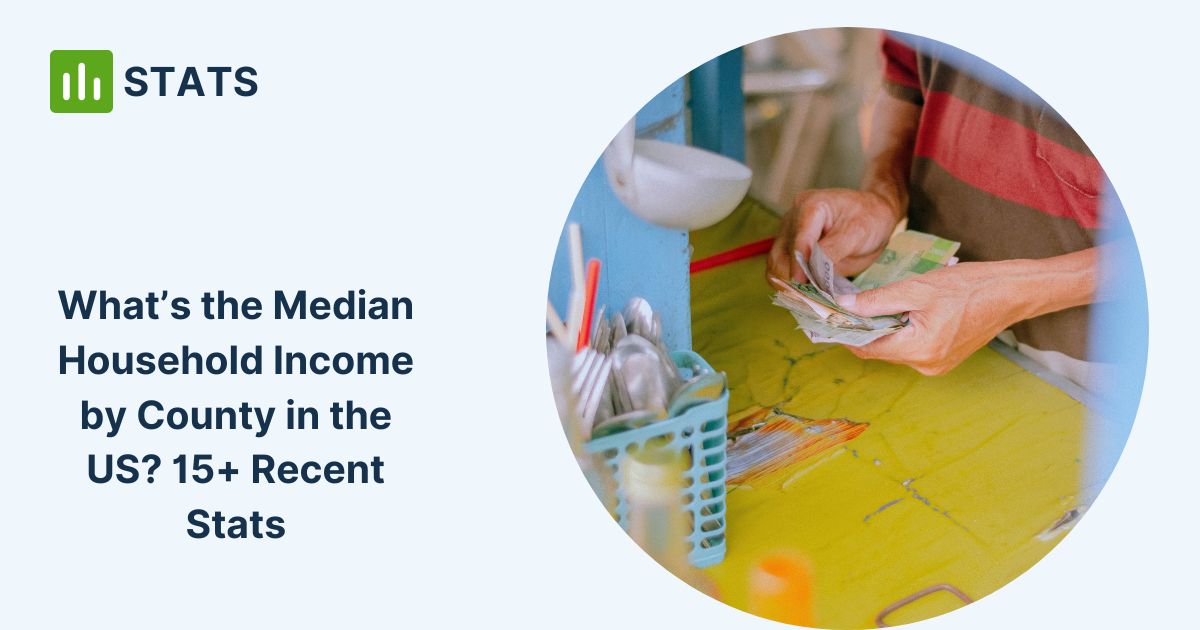 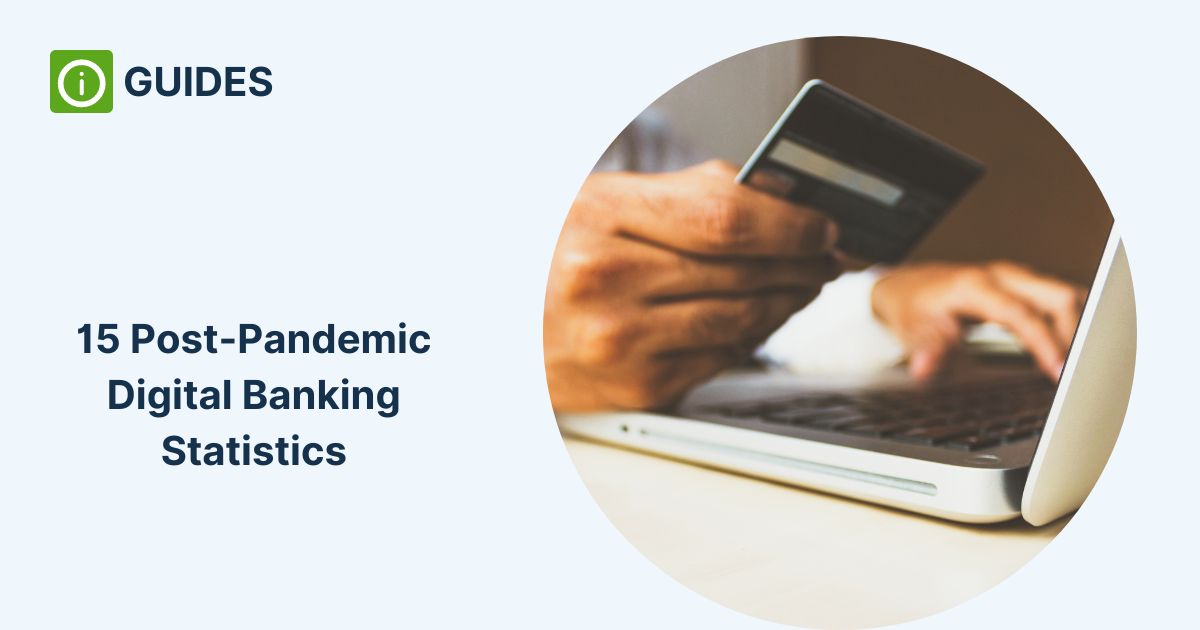 Finance Stats
Jun
07
How Many People Make Over 100k in the United States? 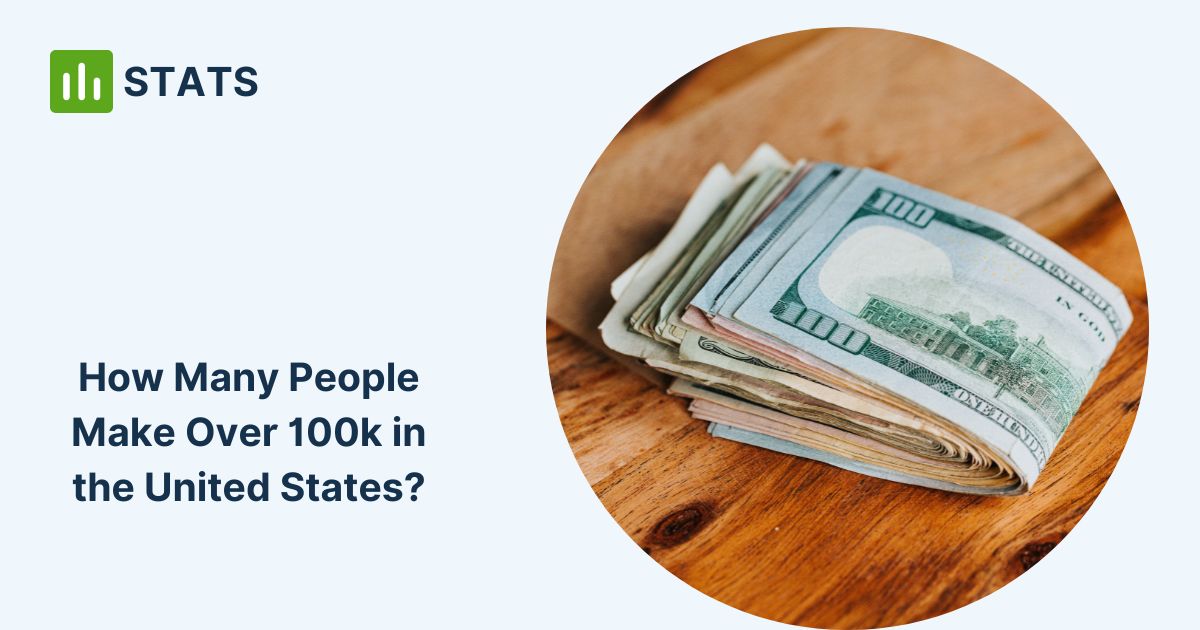